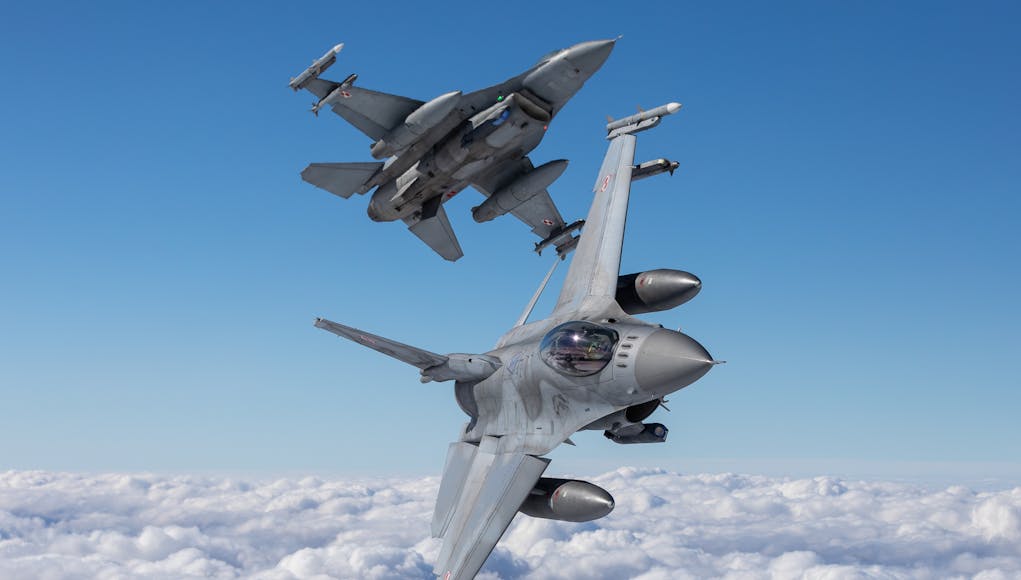 On the 16th and 17th of April, the aircraft will be tasked with “showcasing NATO and Partner coordination and air interoperability”, say the Alliance in a statement.

“In a simulated loss of communication set-up a Lithuanian Air Force C-27 will fly be intercepted by fighter aircraft in Estonian airspace. An Estonian Police and Border Guard Search and Rescue helicopter will conduct a simulated crew ejection and rescue mission.

Conducted since 2016, Ramstein Alloys provide a two-day training event, three times a year, to enhance relations among regional Air Forces and to further develop interoperability.The Alliance say that the major goals of Ramstein Alloy and past training events include training NATO’s rotational BAP assets and Baltic aircraft controllers, as well as honing cooperation with Partners Finland and Sweden.

Is there any news on the f35b supporting drop tanks?

If it was cable of lifting off with them, they could be dropped before entering contested airspace to avoid breaking the stealth, but in theory could significantly improve the combat radius from the carrier, allowing for it to be stationed further away from shore.

Not heard anything. Though in my opinion conformal fuel tanks would be far better; could be made to maintain the stealth profile and also be kept, reducing cost as we wouldn’t need to discard them. Also allows for additional weapons to be carried underwing for missions that dontcrequire stealth.

Seems wasteful, wonder why they can’t invent an inflatable tank which retracts inside the aircraft with any surplus fuel dumped.

We always hear about Russian aircraft being escorted away from in or near our airspace, do we do the same thing to the Russians?

Especially in the Cold War, using the airborne assets of SAC, sometimes flown by RAF pilots.

And never mind near Soviet airspace, right into it!

We all play the game.

Daniele, the subject matter isn’t meaty enough for troll Iqi to elaborate much more! He knows so little, and I always feel the need to remind him of such, but I do realize I am lowering myself to his sad level! Alas it’s a price I am willing to pay ;0)

My attitude is simple. When posters act like trolls they are treated as such, if a poster treats me with disrespect he will get likewise, with interest! If a poster posts something I believe to be incorrect I will say so.
Subjects I know little or nothing on, I will stay quiet, or thank posters that do know for informative posts.

I disagree with much of what he posts and actually find some of it pretty nauseating, but a sensible post will get a sensible, matter of fact reply.

I was wondering about NATO flybys in the post Soviet period and especially Putin’s time in office. This seems to be the period in which Russia seems to have become more reckless, emboldened and not respective of international rules based arrangements..

Not sure then as most of my knowledge in that area relates to the west’s incursions and snooping around the Soviet periphery in Cold War days. I imagine our SSN still operate “up north” like they used to in conjunction with the USN and I did read recently of our Rivet Joint of 51 Squadron over the Baltic operating with USAF F35A’s testing Russian air defence reactions. All sides do it, ours are of course classified and probably won’t make the news too often. The USAF has a number of RC135 and other airborne ISTAR assets, including still classified examples.… Read more »

@Daniele the RAF involvement in overflights of Russia goes back to the largely forgotten RB-45 Tornado aircraft where 4 were painted out in RAF colours and flown by RAF crews with all the reconnaissance data shared by the UK and the USA. They were returned to the USA and the U-2 followed. While the following is sadly an obituary from 2010 it tells a remarkable story: https://www.telegraph.co.uk/news/obituaries/military-obituaries/air-force-obituaries/7921263/Squadron-Leader-John-Crampton.html This is from 1997 and provides a good backdrop to the RAF’s work with U-2s over Russia. Interesting that the RAF senior officer warned the Yanks not to overfly during their Mayday celebrations… Read more »

Yes I remember this detail provided by your good self the last time that subject raised its head here, many months ago. Thank you.

Forgot about the 2 links per post thing so 2 bits:
@Daniele the RAF involvement in overflights of Russia goes back to the largely forgotten RB-45 Tornado aircraft where 4 were painted out in RAF colours and flown by RAF crews with all the reconnaissance data shared by the UK and the USA. They were returned to the USA and the U-2 followed. While the following is sadly an obituary from 2010 it tells a remarkable story:
https://www.telegraph.co.uk/news/obituaries/military-obituaries/air-force-obituaries/7921263/Squadron-Leader-John-Crampton.html

@Daniele (2) This is from 1997 and provides a good backdrop to the RAF’s work with U-2s over Russia. Interesting that the RAF senior officer warned the Yanks not to overfly during their Mayday celebrations but they knew best of course as always. And a certain Gary Powers ended up on holiday in Russia. Our lads ‘scarpered’ out of Turkey sharpish as the Turks didn’t know we were even there…. https://www.independent.co.uk/news/uk/home-news/revealed-the-rafs-secret-cold-war-heroes-1285189.html It often annoys me how we hear endlessly about how the Yanks do everything without any help but when it came to being the first and taking serious risks… Read more » 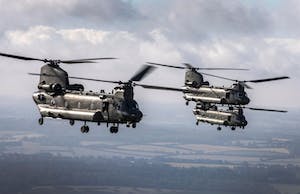