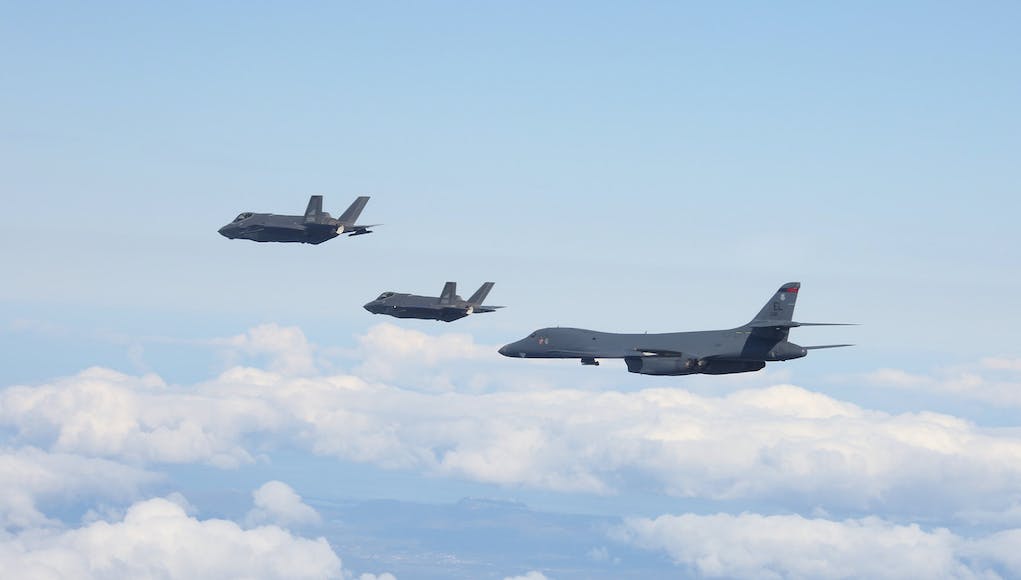 NATO say that it has conducted military exercises simultaneously over the Baltic Sea and the Black Sea, ensuring that “allied forces remain ready to operate together and respond to any threat”.

Taking off from Norway, two US Air Force B-1 bombers trained with fighter aircraft from Poland, Italy and Germany over the Baltic Sea and flew over the capitals of Estonia, Latvia and Lithuania.

“The Baltic and Black Sea regions are of strategic importance to the Alliance”, said NATO Spokesperson Oana Lungescu.

“Training events like these demonstrate that we fulfil our core mission: to deter aggression, prevent conflict, and preserve peace”, she added.

The Black Sea maneuvers saw the French and Spanish fighter jets “prod the air defences” of Standing NATO Mine Countermeasures Group Two, which is currently in the region. The fleet of NATO minehunters, supported by three Romanian F-16 fighters, faced simulated attacks from the French and Spanish jets, including with anti-ship missiles.

A NATO Airborne Warning and Control System (AWACS) aircraft flying out of Konya in Turkey and an Italian KC-767 refuelling aircraft supported the drill, according to NATO.

Don’t get to close to the Reds,boy’s