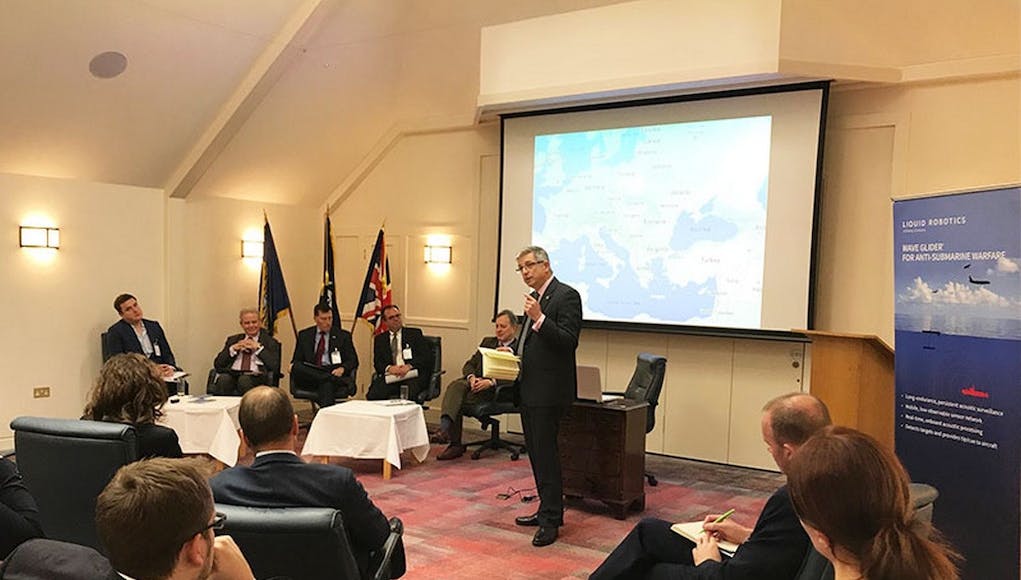 The conference brought together academics, government officials, media practitioners and military leaders to deliberate over the dynamics of contemporary maritime deterrence in an era of competition and new challenges to security and collective defence. Specifically, the conference focused on deterrence posture and capabilities, managing deterrence and messaging deterrence.

The discussions, held under the Chatham House Rule, were wide ranging and provided an opportunity to explore in depth the challenges to deterrence in the 21st Century, the effective management of maritime posture and the interplay of naval activity and the media. NATO say:

MARCOM, as advocate for maritime NATO, works with Allied navies to enhance Alliance ability to work together. These efforts provide deterrence both in the maritime and across the joint effort to support preservation of peace and stability in the region.”

Allied Maritime Command (MARCOM) is the central command of all NATO maritime forces and the MARCOM Commander is the primary maritime advisor to the Alliance.

Like its land and air counterparts (LANDCOM & AIRCOM), MARCOM answers directly to NATO’s Allied Command Operations which is located in Mons, Belgium.

Nice to see Plymouth mentioned for a change.

Well marketed. I live in Plymouth, run a marketing agency and am involved with two forces charities and new nothing about it.