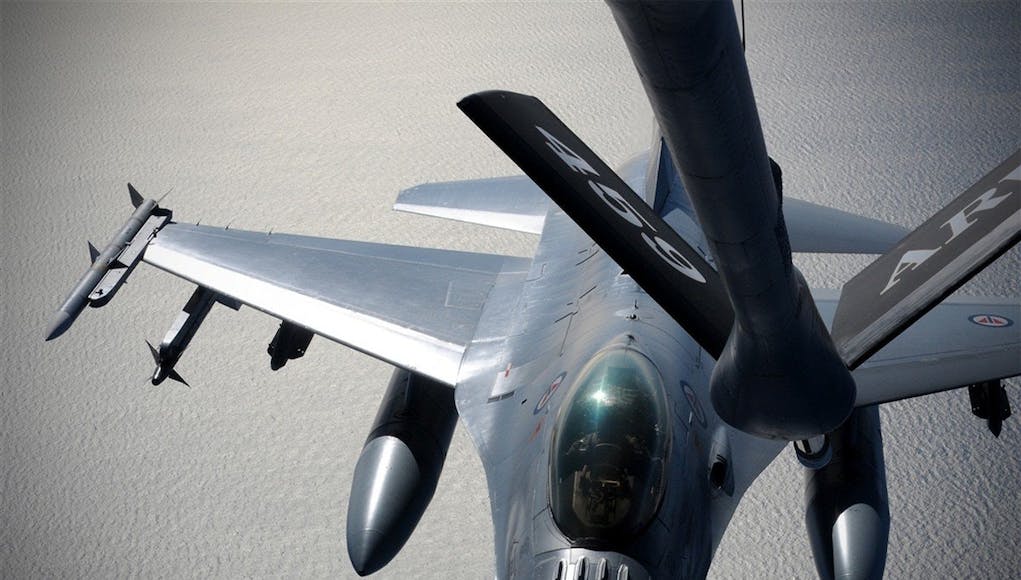 For ten years, NATO Allies have continuously provided fighter aircraft on a rotational basis to provide and train interceptors ensuring safety and security of the Icelandic airspace.

After the departure of permanently stationed United States forces from Iceland in 2006 and a NATO Military Committee decision in 2007, NATO has maintained periodic Air Policing missions in Iceland on a rotational basis.  The mission was named “Airborne Surveillance and Interception Capability to Meet Iceland’s Peacetime Preparedness Needs” and uses Keflavik Air Base in the south west of country.

“NATO’s Icelandic mission then started in May 2008, when France was the first Ally to deploy four of its Mirage 2000-5 from 01.002 “Cigognes” wing at Luxueil Air Base,” says Captain Jon Gudnason, Iceland Coast Guard Commander.

“It was an outstanding mission that lasted for over seven weeks and provided a rock-solid foundation for a mission that has been a success to NATO, Allied Nations and Iceland,” he added.

The mission is overseen by Allied Air Command in Ramstein, Germany, and controlled by NATO’s northern Combined Air Operations Centre at Uedem, Germany.

From 2006 on, Iceland had continued and will continue to participate in NATO Integrated Air and Missile Defence System (NIAMDS) providing 24/7 air surveillance including production of Recognised Air Picture for the airspace over Iceland and the North Atlantic.

“For Iceland, the only NATO Nation without military forces and a population of 347.000, the decision to periodically receive Allied forces is important for the defence and security of the country and NATO. We appreciate this expression of Allied cohesion and solidarity.”

Now if anyone has read ‘Red Storm Rising’ by Tom Clancy they’d be surprised that the USA no longer maintains permanent forces there.

Yes, one of his better ones. Mind you I didn’t know when I read it that the NATO plan wasn’t to fight another battle of the Atlantic but to put carriers in Norwegian sea fjords where they would have sea room but be protected from anti ship missiles by the height of the mountains and shores of the fjords.

I didn’t know that myself.

I’ll try to find some references to it – there was a short book in in military series, possibly from Ian Allan, about it.

Not much point in hiding in Fjords as Red Storm Rising was based in the era of AS4 Kitchen and AS6 Kingfish. Both where top divers from 80K ft at mach 4+ and would go straight down your funnel being radar or IR homing. RN Sea Dart had about 5 seconds to engage it in the terminal dive phase before it would have got you. Although not quite Hyper-sonic it wasnt far off. Superfast missiles are nothing new and the countermeasures and hard kill has existed for decades to deal with them. All the hype about a ship killing mach… Read more »

I’ll have to find the book, but that was the strategy. I would imagine that the guidance of the missiles would be an issue, especially where the landscape forces you to fly higher.

This paper refers to the idea, but isn’t the book I read, which was in the Brassey’s series:-
https://www.cnrs-scrn.org/northern_mariner/vol11/nm_11_1_11to24.pdf

“This command could consist of as many as four carrier battle groups. Employing Aegis ships and other air defence measures, including
the natural concealment provided by Norwegian fiords, the USN felt confident that it could repulse Soviet submarine attacks and win the battle of the skies against Soviet aviation units.
Plans called for the Striking Force to attack enemy air and naval bases in the Kola Peninsula”

Thanks for link H.F.

US called off Iran strike while ‘warplanes were in the air’