The latest AW189 helicopter for the Coastguard has been training at the Queen Elizabeth University Hospital in Glasgow this week.

From early May, the south-west coast of Scotland has witnessed a new Coastguard search and rescue helicopter in the skies.

The first of the new aircraft has been conducting a number training flights over the last few days at the superhospital in Glasgow, generating interest from staff, patients and visitors. The aircraft has been seen to perform many ‘Touch and Go’ landings.

In aviation, a touch and go landing is a maneuver that is common when learning to an aircraft. It involves landing and taking off again without coming to a full stop. Usually the pilot then circles the airport in a defined pattern known as a circuit and repeats the maneuver.

The Queen Elizabeth University Hospital is a 1,677 bed acute hospital located in Govan in the south-west of Glasgow. The hospital comprises a newly built 1,109 bed adult hospital, a 256 bed children’s hospital and two major A&E departments, one for adults and one for children in addition to buildings retained from the former hospital. It is the largest hospital campus in Europe.

The new Leonardo AW189 helicopter is the first of two AW189s that will operate from the Coastguard base at Prestwick Airport. The craft will spend the next few months flying in the area on training missions before it starts operational duties from July 2017.

Search and rescue work at Prestwick will, in the meantime, continue to be fulfilled by two Sikorsky S-92 helicopters which have been stationed at Prestwick while the new AW189s are put through their paces.

“It is a huge privilege for my crews and I to introduce the new AW189 aircraft into search and rescue operations. The aircraft is state of the art and has the agility and flexibility to respond to the wide spectrum of search and rescue taskings within our operating area.

As always, we will make every effort to minimise noise disturbance from our helicopters on the local community, but ask you to please bear with us during this short period while the crews undergo essential training on the new aircraft.”

The new AW189 helicopters will be registered as G-MCGT and G-MCGR and are operated by Bristow Helicopters Limited on behalf of the Maritime & Coastguard Agency. 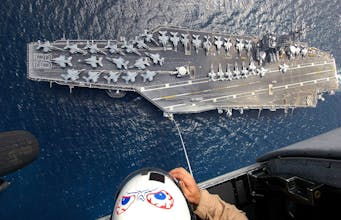