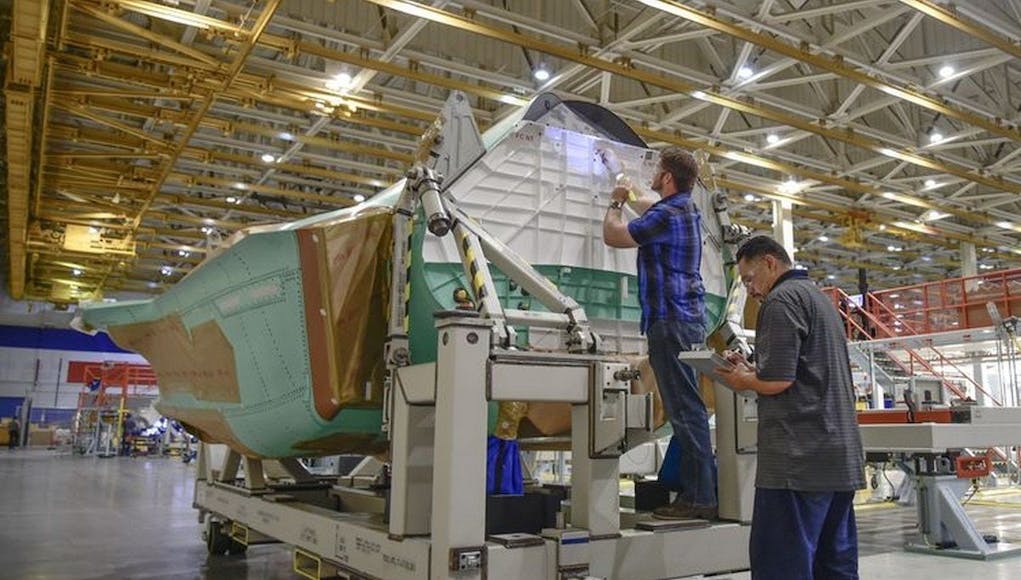 Northrop Grumman recently entered full-rate production for the centre fuselage of the F-35.

The company say that this milestone marks the beginning of a 1.5-day production interval (PI) meaning a centre fuselage will be produced every day and a half.

“Every efficiency, every minute, and every dollar we save reduces costs and speeds up the F-35’s availability to the warfighter. Achieving this pace is a testament to our employees, suppliers and teammates’ commitment to quality and affordability.”

“Our revolutionary approach on the integrated assembly line pairs advanced technology with data-driven analytics to manufacture advanced aircraft while delivering top quality products on time, and often ahead of schedule.”

A core structure of the F-35 Lightning II aircraft, the centre fuselage is produced on Northrop Grumman’s integrated assembly line (IAL) at its Palmdale facility in the States. The company say that the IAL is a ‘state-of-the-art facility supported by technologies exclusive to or pioneered by Northrop Grumman’ bringing together ‘robotics, autonomous systems, virtual 3D and predictive automation to the forefront of centre fuselage production’.

“As we prepare for full rate production of the F-35, many of our teammates and suppliers are now transitioning to full rate, aligning their production lead times with the F-35 final assembly that supports increased warfighter demand,” said Eric Branyan, vice president of F-35 supply chain at Lockheed Martin.

“Northrop Grumman plays a critical role in the F-35 enterprise and we look forward to continuing to reduce costs, improve efficiencies and deliver transformational F-35 capabilities for the men and women in uniform.”

Click here to learn more about Northrop Grumman’s role on the F-35 Lightning.

BAE Systems had their IAL set up for increases in production rates up to full rate production by bringing the assemblies to the workers 4 years ago ….

Thanks for sharing that Chris. Hopefully we will start to see this reflected in the unit price soon.

I would hope for a substantial drop as production ramps up.

Well its now cheaper than 4th generation jets and getting cheaper every year.