Northrop Grumman has completed the 500th centre fuselage for the F-35 – ahead of schedule say the company.

“We deliver an F-35 center fuselage every 36 hours and I am very proud to say we have made all our deliveries since the inception of the program,” said Frank Carus, vice president and F-35 program manager, Northrop Grumman. 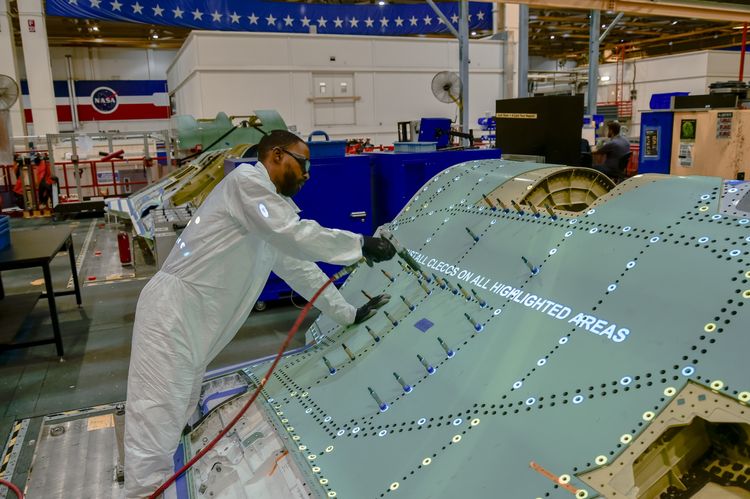 Designated AU-18, the 500th F-35 center fuselage is for a conventional takeoff and landing variant for the Royal Australian Air Force.

Northrop Grumman has been producing center fuselages for all three F-35 variants since May 2004.

A core structure of the F-35 aircraft, the center fuselage is designed and produced on Northrop Grumman’s integrated assembly line, supported by technologies exclusive to or pioneered by Northrop Grumman bringing together robotics, autonomous systems, virtual 3D and predictive automation to the forefront of center fuselage production.

Lockheed Martin is the industry lead for the F-35 programme and Northrop Grumman says it plays a key role in the development, modernisation, sustainment and production of the F-35. In addition to producing the centre fuselage and wing skins for the aircraft, the company develops, produces and maintains several sensor systems, avionics, mission systems and mission-planning software, pilot and maintainer training systems, electronic warfare simulation test capability, and low-observable technologies.

For me the striking thing is an UK operated fighter of the modern era with twin tail.

I’m spent then, Cannot think of another post WW2.

How about De Havilland Sea Vixen, folks? Phased-out in the early 1970s.

As I said I associate the twin tail with American Fighters and hey presto we have one now for the RAF / RN.

Sorry, Nick
Way ahead of me!

Good Lord never seen that before. Not sure if I want to again….!

It’s crazy that concept came out 10 years after WW2.
It shows how quickly technology progressed then, the Typhoon was designed around 30 years ago and we are only starting work on tempest now.

Afternoon Daniele, It’s not pretty Is It !!! Go have a look at another 50’s concept, The Avro 730, this was a predecessor to the Famous TSR2.

Better than the other one!

I have read about the 1957 White Paper and cancellation of aircraft in favour of missiles.

But not looked into some of the concepts that were thrown away.

I believe around this time we handed our advances in RAM on a plate to the Americans as well.

Why did the government do this to our aviation companies? Favouring American equipment I have read, but why? What were the politics at the time?

As Far as I can tell, It was all about Cost savings. We were pretty much Bankrupted by the efforts of WW2. Indeed at the End of the War I think we were spending something like 70% of GDP on the War Effort. ( Might have to go check that figure just to be sure ). So began Decades of Savage Cut’s, Cut’s and more Cut’s.
It’s Staggering when you compare the Numbers of Everything with today.

We had the bomb already though RGR.

RGR, We were In at the Beginning but Dropped soon after, We managed to convince them to let us back In so to speak by careful manipulation. ( Or good old fashioned British Resourcefulness ).