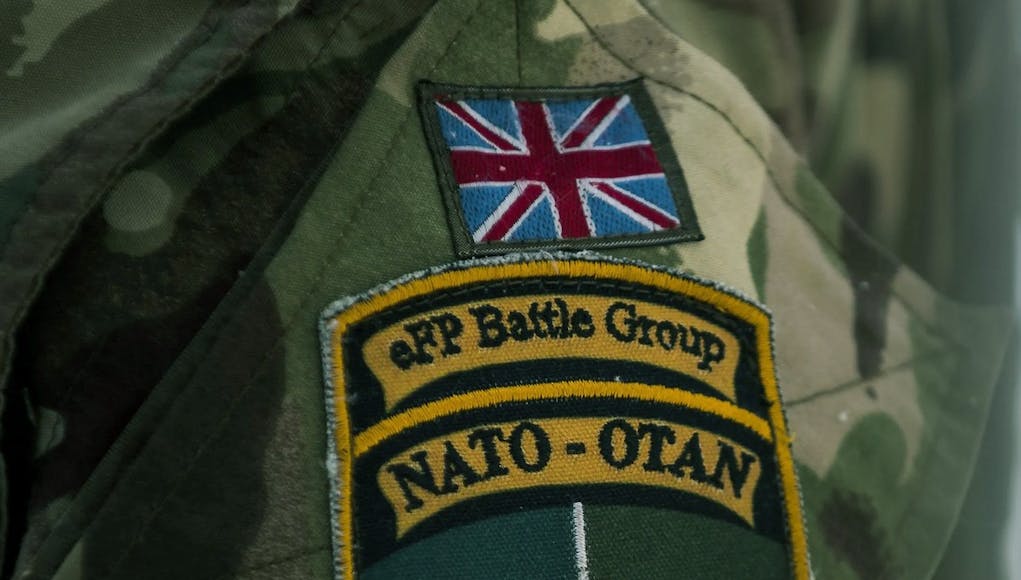 As NATO delegates prepare to arrive in London to mark the organisation’s 70th anniversary, British troops returned home after a successful training mission in the Lithuanian forests.

This article was submitted by Rob Clark (@RobertClark87), a Postgraduate Defence Researcher and British Army veteran.

Borne in the ashes of the destruction of Europe, the Treaty of Dunkirk solidified Anglo-French defence cooperation, to be joined by the Benelux countries a few years later with the Treaty of Brussels, and finally the US among others in 1949, to create the North Atlantic Treaty Organisation.

Through Korea, the Cold War, German unification, the post-Cold War environment, 9/11 and the War in Afghanistan, NATO has defended European interests for the last 70 years. Today, this involves ensuring the continued defence of eastern European NATO allies from potential Russian aggression.

Central to this is the ‘trip-wire’ effect created by the forward deployment of NATO troops across NATO’s somewhat-vulnerable eastern flank, instigated after the Russian invasion of Ukraine and annexation of Crimea in 2014. Often working together with partnered militaries in multi-national battlegroups, this demonstrates the continued utility of the alliance, the most successful in history; that the whole is indeed greater than the sum of its parts.

Exercise Iron Wolf, a biannual testing phase of NATO troops’ readiness in Lithuania, is an integral aspect of the Enhanced Forward Presence (EFP). With a NATO member taking the lead role for the forward deployment of NATO troops across the Baltic states and Poland, it is primarily the German and Norwegian contingents which make up the EFP-Lithuania.

Lithuania has a somewhat different geography to that of its fellow EFP host-nations, which makes it an interesting case study for NATO deployments. Lithuania’s large border with Belarus to the east, for all intents purposes a satellite state of Moscow, in addition to Kaliningrad to the south west, leaves it feeling particularly vulnerable to attack.

To this end, the British Army twice a year deploys a Reserve Infantry Company on Exercise Iron Wolf for a period of several weeks, in order to test the EFP-Lithuania battlegroup’s joint readiness in conducting both offensive and defensive operations, in addition to logistical resupply and reserve mobilisation.

This autumn, soldiers from Midlands-based 4 Mercian deployed a light-role company group to south-east Lithuania, within 20 kilometres of Belarus on the Pabrade training area. Operating alongside the Lithuanian Mechanised Infantry Brigade ‘Iron Wolf’, in conjunction with Estonian Infantry forces, the British troops acted primarily as a force-on-force against the German and Norwegian contingents, testing both their mounted and dismounted warfighting capabilities.

Lieutenant Jack McCormack, a Platoon Commander in 4 Mercian, said: “One of the best things… is learning other countries’ tactics and their doctrine – they always differ from our own. It’s interesting to see how that crosses, what the differences are and what the similarities are”, adding, “having attached arms from other nations gave us a chance to understand their strengths”. This interoperability between member states, particularly in the planning and logistical resupply phases, is crucial in ensuring continued success within multi-national battlegroups.

Whilst much has recently been reported on concerning Germany’s long-term disinterest in and lack of defence spending, Berlin has announced this year a €110 million investment into its defence infrastructure in Lithuania, principally in barracks accommodation and training areas. Similarly, Oslo are also thinking long-term, with their military deployed often two years at a time; a lengthy overseas deployment.

Now that the British troops have arrived back in the UK, leaving the German and Norwegian forces to continue safeguarding the Lithuanian flank, big questions will need to be asked at the upcoming summit in London. Continued Russian cyber attacks in the Baltic states, Europe’s unwillingness to free itself from the shackles of Russian energy dependency, and the increasing defence posture of the European Union in response to a perceived US withdrawal from European affairs, will all need to be addressed.

Perhaps most pressing of all, however, remains the large financial inequalities between various NATO member states’ contributions to the collective defence of Europe. Whilst their armed forces are deployed across NATO’s eastern flank, numerous defence ministries are short-changing the alliance by hundreds of billions by not investing back into their own defence capabilities. Capabilities which, when compared against the Russian military modernisation witnessed in the last five years, leaves significant gaps exposed across the alliance which increasingly only a very select few states are seeking to fill; notably, the UK and the US.

In order for the continued collective defence of Europe to work, forward deployments of troops will no longer pose the credible trip-wire deterrent effect they currently have if such inequalities between member states’ defence contributions remain. By not investing in their own militaries, particularly in next generation air-defence systems, protected mobility and artillery platforms, then the credibility of NATO as a fighting force, especially against a peer or near-peer rival, will be brought into question.

This 2% GDP target on defence spending isn’t as simple as it sounds. Like many defence sector students, I was taught the role of NATO was to keep the US in, the German’s down and the Russian’s out. At the moment Germany spends 1.2% of GDP, some $49 billion. Now if Germany really was to spend 2% it’s spending would be closer to $80+ billion. That would mean a large Luftwaffe and powerful armoured force. Now I know the Germans are democratic allies and that times have changed since the 1940’s but is this what we really want and does… Read more »

During the cold war Germany had the largest army in Europe and was the corner stone of European defence. Let Britain was still the 2nd most influencal member. We have never been the most useful in numbers but we have great supporting and expeditionary assets. We also have a lot of international credibility and connections outside of Nato. So as long as we provide a noticeable military force, ideally more then we have now. So long as we keep are international ties and are willing to desicvially commit to foreign objectives we will continue to be No2 in the alliance.

Glass Half Full
Reply to  Rob

The UK’s highest priority national interest is to maintain peace and order in Europe. A more engaged and financially committed Germany is part of that. We would still have major influence as Harry points out. The idea that we should consider UK influence in NATO more important than overall NATO defence strength is ridiculous. The UK matching or approaching US percent of GDP spending is also ridiculous. The US has the entire non-NATO Pacific theater and countering China as a US national interest, on a scale at least equal to countering Russia and arguably already greater. The UK doesn’t have… Read more »

Germany and poland should provide the bulk of armoured capability regionally backed by strong airforces. Let the uk and france focus on air, maritime and expeditionary capabilities.

No issueswith a strong democratic Germany doing its bit.

No problems with a strong Germany, democratic & militarily, so long as they & the EU doesn’t get imperial ambitions & expansionist. I’ve no interest in the UK being no2 in NATO, just being credibly able to 1st defend ourselves, play our part in NATO & support our interests around the world. I hope Trumps “disengagement” with Europe is just a blip from his administration that will pass when he goes & that the rest of Europe ups its game in defence terms, as we also desperately need to. As far as I understood, we only ever acheived “2% GDR… Read more »