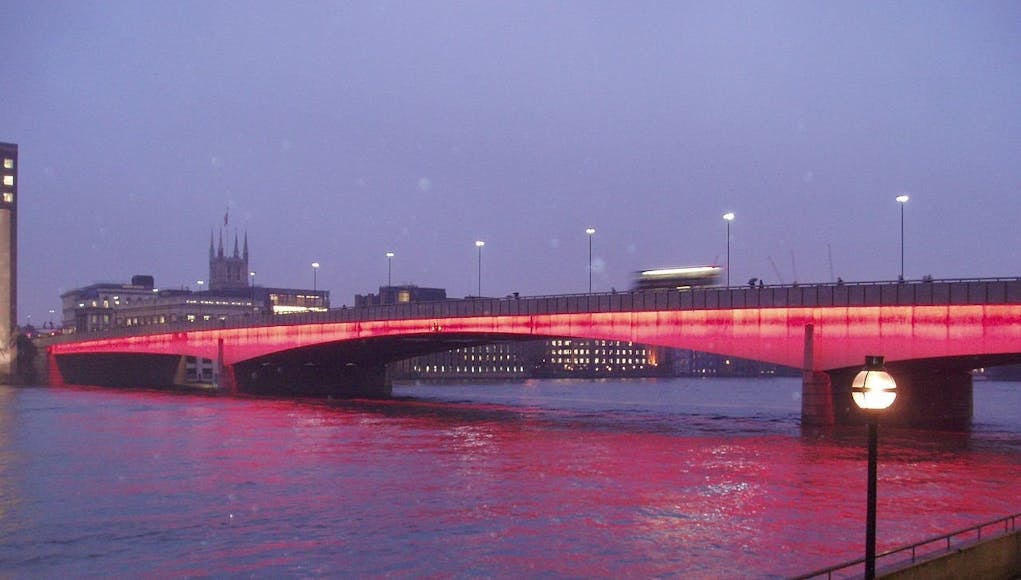 Police are responding to a report of a van hitting ’15 to 20′ pedestrians and subsequent stabbings on London Bridge in central London.

Witnesses say armed officers are understood to be at the scene. The Metropolitan Police say they are dealing with an incident on the bridge.

The BBC have reported that a van was driven by a male driver and was “probably travelling at about 50 miles an hour”.

The van, which was travelling from the direction of central London, headed towards the south side of the river.

So far, the facts are that at around 22:30, a white van hit a number of pedestrians on London Bridge, Central London. London Bridge was closed to traffic, as was nearby Southwark Bridge. London Bridge station has also been closed at the request of the police.

We’re responding to this incident and more information will follow when we have it. https://t.co/yqvY7Zf9Zx

This comes after a recent attack in the vicinity of the Palace of Westminster in London, seat of the British Parliament. The attacker in the previous attack, 52-year-old Briton Khalid Masood, drove a car into pedestrians on the pavement along the south side of Westminster Bridge and Bridge Street, injuring more than 50 people, four of them fatally. After the car crashed into the perimeter fence of the Palace grounds, Masood abandoned it and ran into New Palace Yard where he fatally stabbed an unarmed police officer. He was then shot by an armed police officer and died at the scene. The attack lasted 82 seconds.

Police treated the attack as “Islamist-related terrorism”. Masood reportedly said in a final text message that he was waging jihad in revenge for Western military action in the Middle East. Amaq News Agency, which is linked to Islamic State, said the attacker answered the group’s calls to target citizens of states that are fighting against it, though the claim was questioned by the UK police and government. Police have found no link with any terrorist organisation.

Passerby says 15-20 people have been run over. “Westminster bridge all over again”. Another says 7 or 8.

Black can driver shouts that there has been “terrorist attack”. Have seen two casualties – one on pavement, one edge of road.

Transport for London said the bridge has been closed in both directions due to a “major police incident”.

BREAKING NEWS: Major security incicident on #London’s #LondonBridge, as many pedestrians mowed down by a vehicle: https://t.co/OEGsHhfWlN pic.twitter.com/UNUEGHbHKe

Another disgraceful attack by a bunch of murderous cowards.
These people are not fighting for a cause they are psychopaths plain and simple.
Glad the police shot them dead swiftly before they ran amoke for any longer, well done to the boys in blue and the emergency services, they are the real heroes fighting for a worthwhile cause, that of freedom, democracy and the right to self determination.

As Trump said “Losers” and “drain the Swamp”.

I’m somewhat surprised temporary barriers, hadn’t been erected along all of London’s bridges after the Westminster attack. That might have ruled out the vehicle murders of Saturday’s atrocity?

I think vehicle attacks unfortunately are almost a perfect terrorist weapon. There are some 30 million vehicles on uk roads. The road network is extensive and links all the country together. Guarding pedestrians against this type of attack is just impossible. I would like to see a more robust proactive approach. Revoke the driving licenses of all those on the terrorism watch list or simply arrest them all investigate them and their contacts and stamp them out. If found to be guilty of planning terrorism, advocating jihad or support for isis/ Taliban, al shebab or other groups then immediate life… Read more »