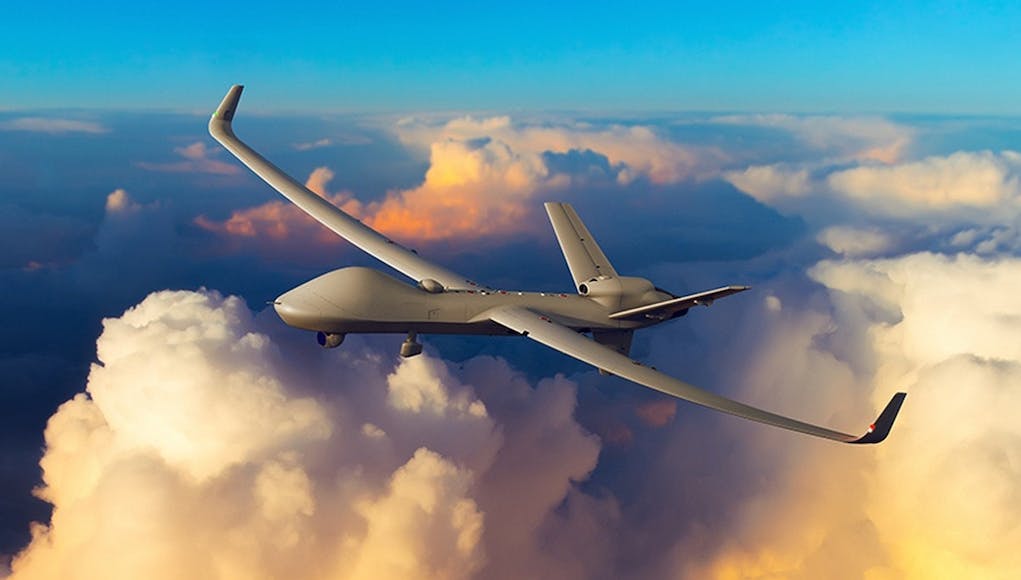 The United Kingdom has announced that it intends to place an order for the Certifiable Predator B as part of its Protector MALE UAV programme.

“The Unmanned Air Systems Team of the UK Ministry of Defence intends to acquire the Protector unmanned aerial system through a government-government Foreign Military Sales contract with the US Department of Defense (DoD). The MoD has conducted a thorough Assessment Phase that has concluded that the CPB is the only system capable of achieving UK Military Type Certification and delivering the Protector requirement within the required timescales. The only means of acquiring the CPB is through a contract with the US DoD”

According to company literature, the platform has the following features/benefits:

A sensible decision. A clean off-the-shelf purchase of some good kit that shouldn’t suffer the endless design tweaks, increasing project costs and ultimate scaling back of numbers that we’ve seen in MoD RN projects recently.

The Taranis has been incorporated into the Future Combat Air System (FCAS) programme working along side France, Which was always the aim of this programme… Its likely to be based off the Taranis air frame that has already been seen, with technology from UK and French defence companies.

Dambuster
Reply to  Dave B Philips

BAE were down in Woomera in the winter testing it again. The research will go into a joint Anglo-French UCAV design that will take elements of both Teranis and nEUROn.

Taranis was an experimental platform looking towards a future unmanned Typhoon type capability.

“Typhoon type capability” does not necessarily mean it’ll look like a typhoon Saul, it was a platform to test the viability of many systems.

Isn’t the current Reaper a variant of the GA Predator B anyway? Essentially we’re buying more of an updated version of what we’ve already got. Could the current fleet therefore be upgraded? This would reduce the number of brand new airframes needing to be purchased.

Not really. There are structural airframe differences which are critical to its longer range design. Upgrading the Reapers we have now would likely be very uneconomical and wasteful. Also, consider that we only have 10. Upgrading would also mean we lose airframes and therefore capability.

It makes sense and is almost certainly more cost effective to purchase the new design and contract dependent, sell the current fleet we have…

Julian
Reply to  Dave B Philips

Even if it was possible (and all that Dave says is correct) the current ones have also been worked very hard. I think there are a lot of hours on the airframes which adds to the uneconomical argument.

Will they come with brimstone integrated?

No. More expensive, or at least more capable (maybe economies of scale and more mature manufacturing processes have reduced costs, I don’t know but I doubt it).

The new B versions, apart from the technical niceties of meeting European flight regs, also have much longer endurance, two extra hardpoints for weapons, and can carry a heavier payload. And twice as many of them to boot. For once this is a significant uplift on current capability; better kit without a reduction in numbers.

“in order to make it compliant with European flight regulations to get more sales by European countries”. Doesn’t that mean EASA Type Certification then? Rather than military Type? And what is the airframe cycle life of these things? I suspect their more likely to exceed their flight hours than cycles?

There is something missing from this announcement, where is the involvement of BAe to apply custom UK features resulting in twice the price and resulting in the numbers ordered being halved.

Are they actually going to do the sensible thing and buy an off the shelf part!

I have a good rule of thumb with all UK defence contracts. If it goes to Bae panic if it goes to anyone else breath a huge sigh of relief.

An off the shelf purchase?
This the second after the P8 Poseidon decision….