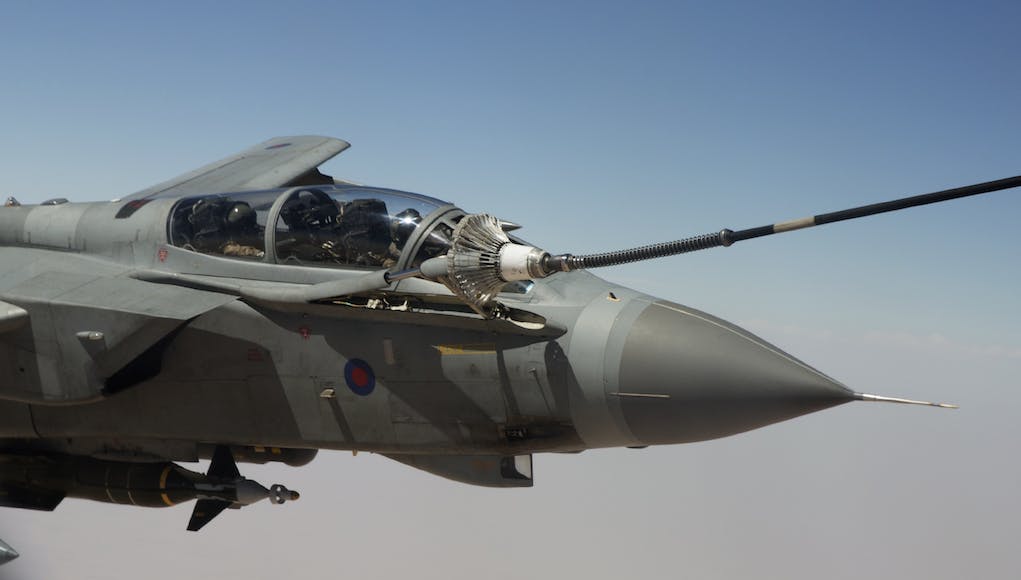 Before the New Year, Tornado, Typhoon and Reaper aircraft conducted successful airstrikes in both Iraq and Syria.

According to a pres release:

“A precision guided Paveway IV weapon was used to destroy a Islamic State artillery position and weapons cache on the outskirts of Mosul. Concealed amongst trees under dense foliage, the Tornado was able to locate and score a hit against the Islamic State target.

A further weapons stockpile was targeted, this time in Mosul, by a Tornado-launched Brimstone weapon. The terrorist weapons were successful destroyed by a direct hit. The same Tornado formation was then tasked to a target in Syria, two kilometres north of Palmyra.

A Brimstone weapon was used in a precision attack to destroy a Islamic State artillery weapon which was mounted on a truck. Tornado aircraft conducted thorough checks before each strike to ensure that no civilians were put at risk.

The UK’s 2017 Agenda: Expanding Control Over the Middle East – unredacted

[…] UK Defence Journal reported on January 2, 2017, that the RAF had conducted airstrikes against ISIS targets in Syria and Iraq […]