Two Quick Reaction Alert Typhoons from RAF Lossiemouth have temporarily relocated to RAF Leeming as part of a programme of exercises to ensure the Fighter Jets are always ready to respond at a moment’s notice, according to the Royal Air Force.

In this press release, they say that the force maintains a pool of quick reaction alert Typhoons at readiness 24 hours a day, 365 days a year to respond to any potential threats.

“This is a significant part of the RAF’s primary role to defend the UK and UK interests overseas.  The multi-role Typhoon squadrons are based at RAF Coningsby and RAF Lossiemouth. To maintain this continuous capability, it is important to maintain the ability to operate the aircraft from different locations.  In the exercise scenario the squadron was given a short notice order to relocate and be prepared to rapidly commence operations from RAF Leeming.”

“RAF Lossiemouth personnel from a range of professions, in partnership with RAF Leeming, have worked tirelessly to ensure the QRA capability continues to maintain the security of the UK Airspace. This temporary relocation of Quick Reaction Alert to RAF Leeming showcases the RAF’s agility in delivering our capabilities. Being able to respond quickly and professionally in an exercise or operational scenario is at the centre of what we do as a force.”

The Exercise scenario required the Scotland-based squadron to liaise closely with the operations team at RAF Leeming to enact pre-written plans.

“A wide range of personnel from both stations came together to ensure the aircraft were relocated smoothly with all the required support and recommenced their state of alert.  It was a whole Force effort involving movement of engineers, technicians, air and ground crew from Lossiemouth to Leeming.”

“The UK airspace is continuously monitored by the RAF’s control and reporting centres who use a network of radars to produce a Recognised Air Picture.  When necessary, Typhoon Fighters are scrambled, under the direction of RAF controllers from 19 Squadron, RAF Boulmer, supported by 78 Squadron, Swanwick to intercept, identify and, if required, intervene unidentified, uncooperative, or un-notified aircraft approaching our shores.”

You can read more from the RAF here. 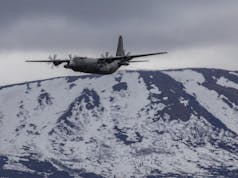 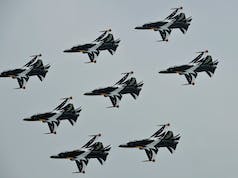 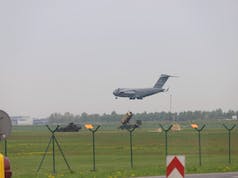 Leeming. Once home to 3 F3 squadrons until they all got chopped.

With HAS there too this base had better be retained.

Sorry for the ignorance. What is a HAS site? Tried Google to no avail.

Morning. Sorry “Hardened Aircraft Shelter” Individual hangers for a single jet ( I read once some of ours could take 2 ? ) that appeared in the 80s during the Cold War. They are hardened, though still vulnerable to a direct hit, and have CBRN sealing. Each site might have a dozen or more shelters, away from the administrative side of the station, in a fenced off secure compound guarded by RAF Reg or RAuxAF Reg. ( In the Cold War Spetznatz were expected to hit these places ) The squadron would operate independently from the rest of the station… Read more »

Many thanks for taking the time to write a very detailed reply. I learn so much from this site having recently taken an interest in defence matters. I’m slowly getting to grips with the terminology!

Yes, hindsight is a wonderful thing, however I have always wondered why they ever closed bases like RAF Coltishall, which is on the Norfolk coast, 10 minutes from Europe by fast jet.

Because it’s facilities were poor compared to other stations. No HAS sites for example.

Other local stations like Wattisham, Honington, Woodbridge, all had HAS and better facilities and were retained, rightly.

Hi
Thanks for the info, however I was primarily using Coltishall to make the point, that aircraft are based too far from Europe.

There was no requirement for RAF Coltishall to have a HAS site as, in times of major tension with the East, the Jaguar squadrons would have deployed to Norway and Denmark. Whilst having super bases achieves fiscal savings it also has massive resiliency risk. All of our air transport is now operating from one station and most of our combat fast air from two.

Good to see practicing deployments. There are lots of airports all over the U.K. that typhoon could operate from

Hopefully, we will acquire more of them to replace the T1s until the arrival of Tempest and increase their operating bases around the UK on a rotating basis. 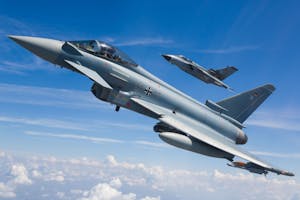 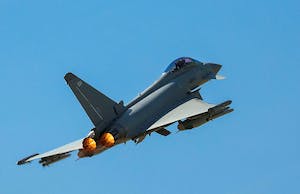