Lord Howe, the Minister of State for the Ministry of Defence, has written to Conservative MP, Sir Edward Leigh, to confirm that RAF Scampton could host the show following a letter from the Gainsborough politician.

This comes after RAF officials confirmed that Waddington would no longer host an air show in September.

Lord Howe, Minister of State for the Ministry of Defence, said:

“Careful consideration has been given to an alternative venue in Lincolnshire which could host an annual RAF air show in future… there may be potential to hold an air show at RAF Scampton but this will not be possible until 2017 at the earliest.”

After a short period of closure in the 1990s Scampton reopened and is now home to the Royal Air Force Aerobatic Team, otherwise known as the Red Arrows. The station was due to close in 2014 but in June 2012 the Ministry of Defence confirmed the Red Arrows would remain there until at least the end of the decade.

“Could” host but not yet confirmed, fingers crossed.

So they finally getting to Waddington replacement. Can they land heavy jets?

Possibly, but not a definite

It been penciled in ever since they binned waddington.

Yes the RAF need a new location for their big show, but until it’s concrete and wheels down…..

Theyd be very sorry not to. Local economy would suffer.

I have noticed you don’t monetize your page,
don’t waste your traffic, you can earn additional bucks every month because you’ve got high quality content.
If you want to know how to make extra $$$, search for: Mertiso’s
tips best adsense alternative 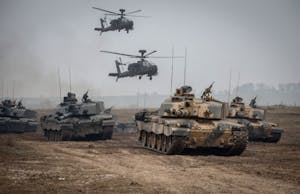