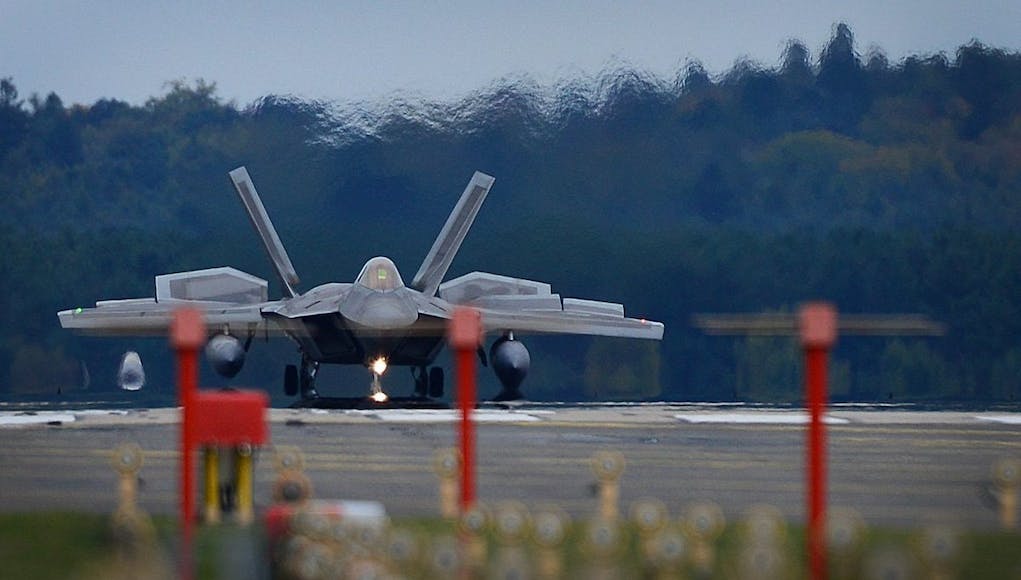 F-22 Raptor jets have arrived at Lakenheath yesterday for training with other Europe-based US aircraft and NATO allies.

While in the European theatre, the F-22s will also forward deploy from the United Kingdom to other NATO bases to maximise training opportunities and ‘deter any actions that destabilise regional security’.

The 62ft long F-22 is capable of twice the speed of sound and can reach 50,000 ft. Each of the jets costs $143 milion. It has advanced electronics intended to allow it to track and attack airborne threats before it is itself detected and is highly manoeuvrable.

I wonder what the duration of their stay will be? At one time the F22 was to have been based at Lakenheath replacing the F15. However, curtailment of the original order must have forced the US Airforce to rethink the strategy. I believe this aircraft would better serve the Airforce by being deployed in Europe and the Far East, than being permanently stationed in the US?

I would speculate the F22 is capable of at least Mach 3+?

A-10 back in the air after engineers assess battlefield repair