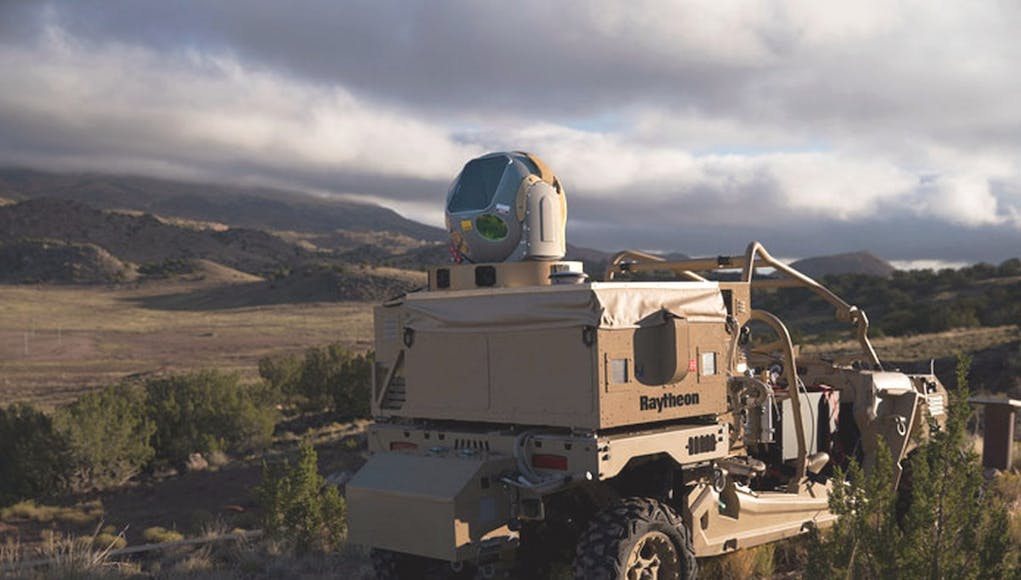 US Air Force personnel used Raytheon-built microwave systems and high-energy lasers to bring down dozens of small drones during a recent exercise.

The target drones were flying both alone and in swarms.

Airmen took control of both the microwave and laser systems after just one day’s training. According to the firm, they used an Xbox-style controller to direct the laser and a joystick to operate the high-power microwave in real-world scenarios at the US Army White Sands Missile Range in New Mexico.

The only logical method of beating this system, is to develop drone swarms to inundate the detection sensors?

This is the sort of technology we should be investing in, rather than trying to revive non profitable industries.

Depending on the level of shielding, both the HPM and laser could also be used against manned aircraft. The laser would either burn through the airframe to get to the innards or blind optical sensors. The HPM which is basically the front end of a radar minus the waveform processing is designed to generate EMF on unshielded wiring and components. Thus generating a current past the component’s design limit or over-driving circuits to saturate inputs. This causes components to burn out or drive to their max/min limits e.g. servo motors. This process is different to jamming the control signal, as… Read more »

the u.k should be at the forefront of this technology.

Don’t get to excited. White Sands is dry clear desert air at something like 2000m altitude.
Funny that they never test these things at sea level in humid particulate ladened air…
Just saying…

Hi Gunbuster
I too was under the impression that moisture in the air has a detrimental effect on the beam itself. Even a slight deviation makes a big difference at greater distances. Still though, I’m very happy to be proven wrong. I would love to see some mixed weather test results from the UK Dragonfire consortium… but I highly doubt we’ll see anything in the public domain for a few years
[email protected]

The problem with beam(spot) dispersion to some extent can be overcome by increasing the laser’s power. However, lasers are inherently inefficient which is why they need such large electrical generation sources. For a laser to destroy a target that has just popped over the horizon will requires 10s to 100s of kilowatts and that is for a non shielded target flying in dry air. If you start adding humidity/water vapour the distance starts reducing as some of the light is now being absorbed, reflected and dispersed. Therefore the remaining spot will have less power. Therefore you need to start ramping… Read more »

When the Navy eventually introduce an operational version of Dragonfire, going by Gunbusters analysis, they need to be mounted as high as possible, say high up on the Sampson radar mast on a type 45 or QE Carrier, if that’s possible?

Shouldn’t be an issue . They appear to be fairly lightweight. All the power circuits will be well below decks. As Davey B states lasers do have technical issues with absorption and blooming. The problems of absorption at certain frequencies in the maritime environment affect IR lasers and Thermal Imagery that use IR frequencies. Pulsing a beam a few hundred times as second means that the target is hit rapidly and repeatedly with energy in the same sort of way as rapidly hitting something with a hammer. That causes the damage to the target skin and control surfaces. Trying to… Read more »

Any update on Qinetiq’s Dragonfire?

Its going to be trialled this year. There was a news release on MBDA’s twitter recently.

great, the future is now.

That reminds me of the OCP advert from the original RoboCop film where they try and sell the ED 209.