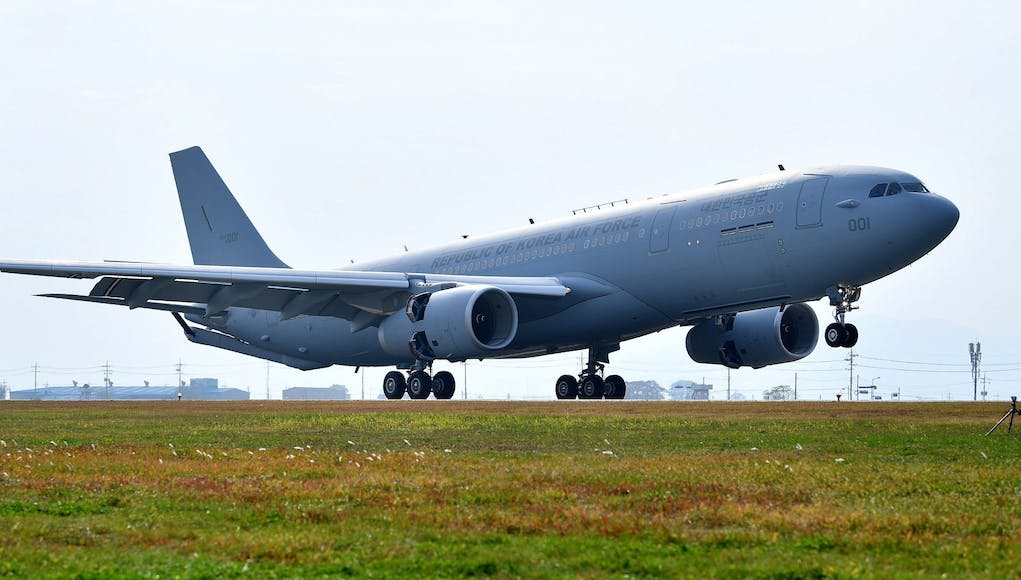 The A330 MRTT extends the endurance and range of the ROKAF’s fighter aircraft, and provides the service with strategic transport capability for passengers and freight, the force said in a release.

In South Korean service the A330 MRTT will be powered by Rolls-Royce Trent 700 engines, be equipped with the Airbus Refuelling Boom System, and can be configured in a variety of layouts to carry passengers and freight or for medevac purposes.

Airbus say that South Korea has become the seventh member of the worldwide family of A330 MRTT operators and is one of 12 nations to have ordered the aircraft. This latest delivery brings the total inservice fleet to 35.

“The A330 MRTT has clearly established itself as the world’s premier tanker and strategic transport aircraft, and has been widely praised by the current operators. It will be a critical asset of the ROKAF and leading air forces worldwide for many decades.”

The aircraft will be designated as KC-330 Cygnus in South Korean service.

The USAF should have brought the A330 MRTT instead of the Boeing offering which still does not work properly.

Why did we not get the boom capability ?