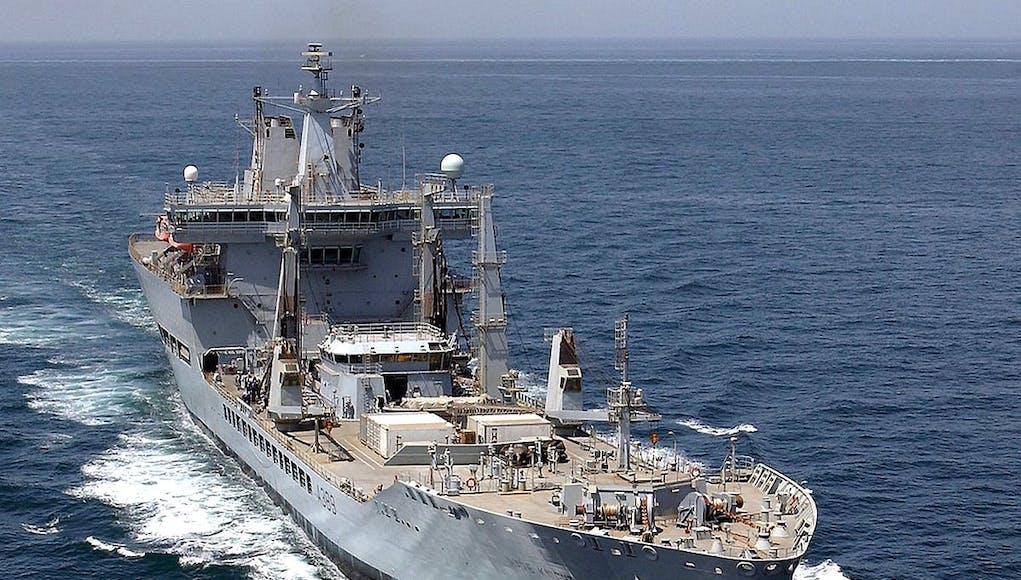 The tanker RFA Wave Knight is to take over patrol duties from the patrol vessel HMS Mersey in the Caribbean.

According to the Royal Navy, Mersey’s focus has largely been drug-busting duties, mixed with visiting British territories in the region and generally flying the flag for the UK in the Americas and Caribbean.

The Commander of HMS Mersey said:
“After six busy months away from the UK, HMS Mersey has visited all but one of the UK Overseas Territories, conducted training and exercises with the region’s coastguards and navies, carried out counter-narcotics patrols across the Caribbean, resulting in a £12m bust, and hosted key defence engagements in Central America.

As I hand over Atlantic Patrol Task North duties to RFA Wave Knight, I wish them a successful deployment in support of the international effort to stem the flow of narcotics in to the region.”

Captain Peter Selby RFA, Commanding Officer RFA Wave Knight said:
“Having completed our training and pre-deployment preparations only last week, it has been very beneficial to meet up with HMS Mersey to fully understand what we can expect in the coming months.

All onboard are looking forward to a busy period of defence engagement and countering the illegal narcotics trade during our time on station.”

RFA Wave Knight is a Wave class fast fleet tanker of the Royal Fleet Auxiliary tasked with providing fuel, food, fresh water, ammunition and other supplies to Royal Navy vessels around the world.

Personally I really don’t like this approach to policing our responsibilities.

Perhaps you don’t really understand the task at hand or the capabilities of the asset being used.

Oh I understand the task very well thank you. I also understand it’s our Navy that has the full legal authorities in all situations. The RFA is a civilian organisation despite having naval detachments aboard. To me the This is more about continuing to do tasks traditionally done by proper fighting ships but alas we have insufficient these days to cover all tasks. You also have to view things from an adversary or external political perspective. The lack of a proper fighting guard ship in these areas creates other negative perspectives. That of course does not undermine the practical work… Read more »

The soon we get the batch 2 river class the better

However even the Rivers are an opportunity lost.

For the same or less money the RN could have had a true ocean going PV for these ‘presence’ missions abroad….
And the best available was the ‘Holland’ class used by the Dutch navy fly their flag in their Caribbean possessions.

Surely RFAs shouldn’t be used in this sort of role?

They have been for many years.

I’m trawling my memory and still not sure, but wouldn’t using them in roles meant for warships infringe some treaty or other?

I can assure you they have been carrying out these tasks for decades. They have RN and US LEDET embarked for counter narcotics ops for boardings etc and helos also embarked. Ideal for the roll.

Not to mention being perfectly suited for any disaster relief ops which are very common in the area.

The RFA Wave Knight carries a lot more naval personnel than HMS Mersey and has a more enhanced weapons capability. It’s not a terrible move!

Hi Keeran, can I ask what weapons it has? How is it enhanced? Thanks.

This is the standard Armaments of HMS Mersey

This is the standard Armaments of RFA Wave Knight

The embarked helicopter alone makes it a massive upgrade to the River Class.

Very True, The operational support it currently provides is immense

Tankers being used because of lack of frigates.

Same old comments…….”why are RFAs doing it” blah blah blah……because they are far more suited perhaps! Save the warships for the gulf/horn of Africa etc.

I am interested to hear that the Wave Knight is armed. How heavily, and how appropriately for this kind of operation?

Last time I was on there, 2x Phalanx CIWS, 2x30mm, at least 4 Miniguns and about the same amount of GPMGS

Thank you, that’s impressive. Any idea what kind of helicopter will be committed for this kind of mission?

It will probably be a US asset.

RN Lynx Mk8 came in just before I paid off

It’s better suited to this role than a Fishery Protection Vessel!

Be careful what you disclose in the public domain. Maybe available already but a certain person asking a lot of questions. Don’t get caught out

I agree the right ship for the job but it does get a bit unsettling when the RFA seems to almost be on course to have more assets than the RN. With the 4 Tide-class tankers coming on so quickly at about one every 6 months, 3 MARS SSS committed to in SDSR 2015 and probably also going to be on a build schedule far quicker than T26, and the Wave Class commissioned less than 15 years ago so staying in service alongside the Tide Class (???), that’s a pretty respectable lineup when other assets already in service are considered… Read more »

love these ships and those that work on them.

The Tide class are not entering service as quick as you think. The builders DSME are being investigated for $1.47Billion fraud. The company have offered a $4.5Billion rescue plan by selling assets and wage reductions but that is now causing strikes! As for the commitment to build more SSS ships in the last SDSR unfortunately, the Brexit vote has probably scuppered that. The Gov will now probably not commit to the 2% of GDP on Defence spending. Also our GDP is forecast to reduce under Brexit therefore 2% of not very much is ……………Guess who has an interview with the… Read more »

When is it due back in the UK, I want my husband home ha ha. 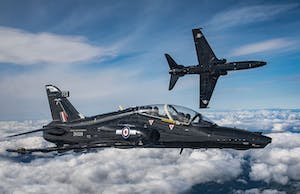