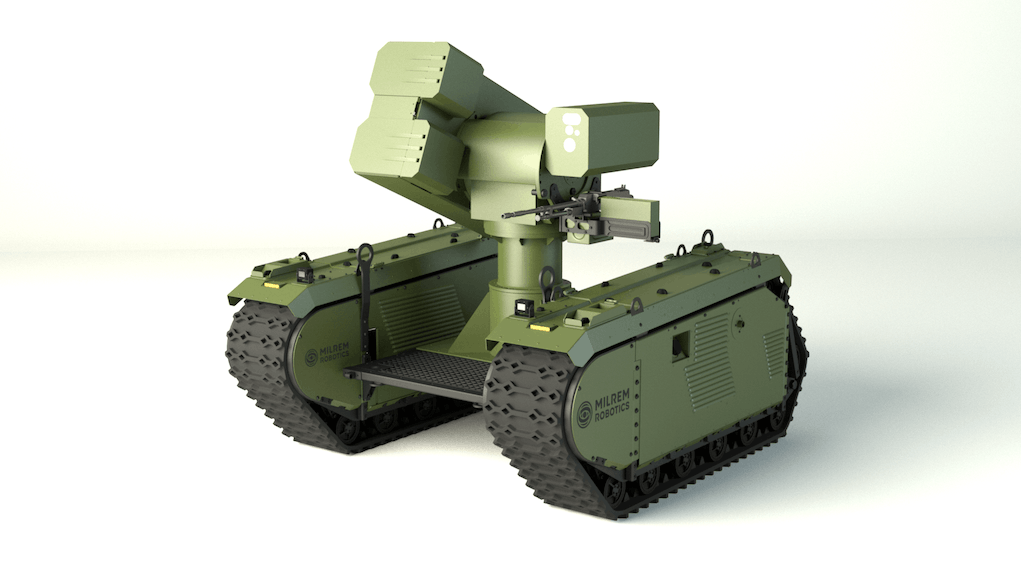 The joint project will feature the IMPACT (Integrated MMP Precision Attack Combat Turret) system from MBDA that will be integrated onto the THeMIS unmanned ground vehicle by Milrem Robotics according to a release.

The system will be remotely operated and is in line with the system developers’ main aim of exchanging humans on the battlefield for much more capable robots.

“One of the challenges in urban warfare is keeping anti-tank infantry hidden from the enemy’s surveillance equipment that can very easily detect soldier’s heat signature. The aim of our joint integration project is developing a system that has a low heat signature and most importantly – will keep infantry in a safe distance,” explained Brig Gen (res) Alar Laneman, military advisor of Milrem Robotics.

“MMP, the world’s only 5th Generation anti-tank guided weapon, now in service within the French Armed Forces, has been developed for both mounted and dismounted applications and is suitable for unmanned ground vehicle (UGV). With its 4km+ range and its two firing modes – lock on before launch (LOBL) and lock on after launch (LOAL) – the MMP gives to THeMIS UGV an unmatched capability to engage a target beyond line of sight. MMP allows, within remote operation, to engage very discreetly battlefield targets at ranges greater than the enemies counter fire, from behind cover and within structures in fighting in built-up areas.

I hope we get them

any good on ships?

Un-manned vehicles are the future, U.A.V.s, now U.G.V.s, we should start developing an un-manned submarine.

Already got some. They hunt mines.

Designed and operated by white British as well Stephen, don’t forget that ?

Please note we have some great soldiers from the Pacific (Samoa and Fiji) , and the mountains of central Asia (Gurkha’s’) re Nepal. We still have a stream of soldiers and officers with Indian background and heritage. All these “darkies” bring great skills and bravery into our armed forces and most of us “whites” appreciate and welcome them. I’m not a supporter of mass unchecked immigration, but rather prefer skilled or high demand immigration. But we also welcome a reasonable number of refugees from countries where there is no governance, but a nation state in collapse and families living in… Read more »

James, Solesurvivor was taking the waters. He’s one of the good’uns.

Sorry James was a joke, Stephen’s last 10 or so comments on this site has been complaining that Britain is now 20% non-white British and it needs to stop, it’s all he ever talks about.

Good reply though all the same ? agree with every word.

Does it give off a heat signature post firing? I can see a role for this especially in semi-exposed terrain.

MMP looks to be a brilliant missile but I’m not convinced of this concept. What’s its range? Radius of action? How are they controlled? How are they deployed in the first place? What’s their endurance? What sort of terrain can they traverse? For me lots of questions need answering before I am convinced. Anybody have the answers?

Sorry I won’t be much help, but I don’t think it is going to be designed to traverse particularly arduous terrain, instead they can be placed in a kind of anti-tank wall to prevent an armoured assault. This means that they are more likely to stay put rather than go out looking for trouble. I hope that they will be able to distinguish friend from foe and as a result be able to carry out targeting without a human operator, much like modern anti-ship missiles. Deployment will probably be by parachute out of a C17, I don’t think it will… Read more »

I can see a time where you mass deploy something like this across a border as way of a fully distributed defence. They could slow down a blitz style attack until the reinforcements could arrive. In theory significantly cheaper the perm basing soldiers across a long border. 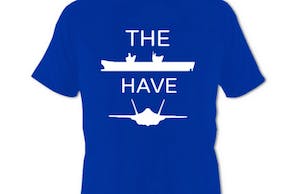