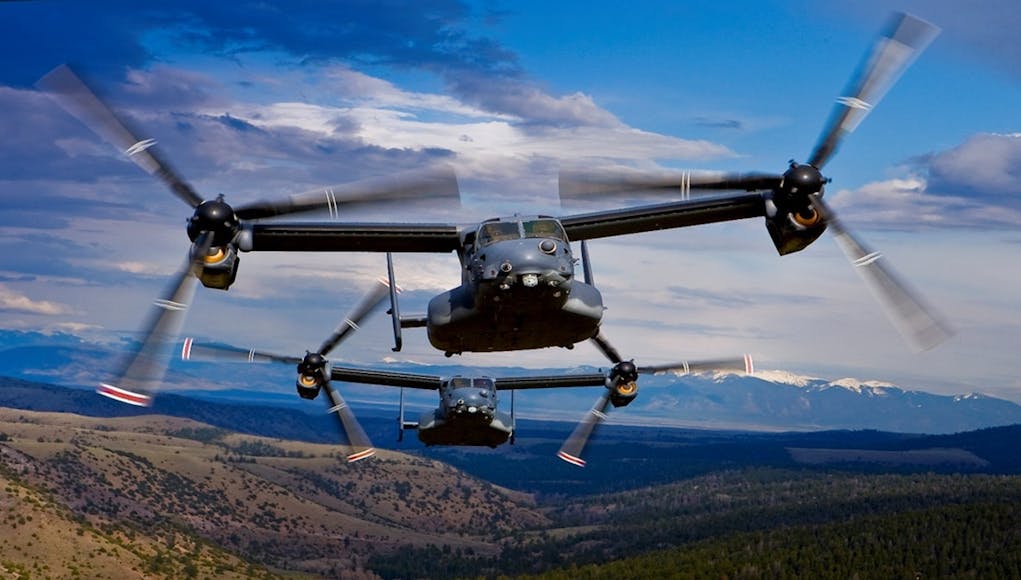 Rolls-Royce has delivered nearly 1,000 AE 1107C engines to power the fleet of V-22 aircraft in operation around the world. The total fleet of more than 375 MV-22s and CV-22s in service recently topped 500,000 flight hours – or 1 million engine hours on the twin-engine aircraft.

Under the Rolls-Royce MissionCare contract, the company will be responsible for all aspects of propulsion system support, on a ‘Power by the Hour’ basis.

“Rolls-Royce has supported the warfighter and these remarkable, revolutionary aircraft since they entered service in 2007. Our MissionCare services model ensures the warfighters are focused on their missions, not their engine availability. Rolls-Royce is proud to serve the Marine Corps, Navy and Air Force and contribute to the success of V-22 missions around the world.”

Rolls-Royce AE 1107C engines are assembled in Indianapolis, in the company’s largest facility in the U.S. The engines are part of the AE engine family. The AE engine fleet has topped 77 million hours of service around the world.

So 375 in service….you’d think that half a dozen for our carriers wouldn’t break the bank. Oh, of course, there is no long-term plan to keep the carriers so why go to the expense of making them militarily viable. As a Russian spokesperson remarked when QE was vaunted by the Defence Secretary, ‘nice big target’.

Considering that the carriers may be with us for 50 years it seems a tad odd to be writing them off already. I also highly doubt any government would send them out without enough protection as I have a feeling a loss of life like that would result in that government being thrown out extremely quickly.

There’s 1,000 people on board you don’t just sail that into harms way without a lot of thought.

Thanks Peter…but it is rather hard to see more than a few weeks into the future at the moment…your suggestion that these ships will be with us for the next 50 years…well even Jonathan Cainer or Mystic Meg wouldn’t dare predict that one (not even MOD crystal ball gazers). As for the government not putting the ships in danger, that wasn’t the point I was making!

Herodotus – sadly I have to agree with you,as impressive as the QE Carriers are,especially in regards capability vs cost,i have a gut feeling that as soon as our politicians have an opportunity to get rid of them – they surely will.

Mark B
Reply to  Paul T

Paul why would they get rid of them? – assuming its not a Labour Government obviously. Who would buy them at a price worth charging? The cost is already paid and whilst the running costs are considerable they will get that back in spades in the value of flaunting Britain and its manufacturing and services capabilities abroad. Practicing, Training and flying the flag!

Herodotus
Reply to  Mark B

The IFS has just pronounced both Tory and Labour electoral promises as unfeasible. So, they are either lying or plan to get the money from cuts to existing expenditure. Guess where?

Even if they were to sell the carriers at their cost price, the figure would still be peanuts compared to the amounts being bandied around it the manifestos.
For example;

And any buyer would then have to commit to the expense of buying lots of F35B’s to make use of them ?‍♂️

Selling the carriers would achieve nothing except to paint a huge political target on the back of the government responsible.

Yeah would we get rid of the F35b also? Makes no sense atall to get rid of them! We have lost so many fleet ships so we could have these carriers, the sacrifices have already been made, it’s far far far to late to get rid now thankfully, they will be with us for decades. I just hope sea ceptor and marlet might find its way onboard one day in the near future and some drones with early warning radar that can stay up and travel further for many more hours than choppers, a cruise missile or anti ship missile… Read more »

Rolls Royce have also been paid to try to deliver a engine air particle separation system (removes grit etc before it enters the engine) for the V22’s engines. The current one used don’t work very well and the engines are wearing faster than expected, especially when operating in desert environments. 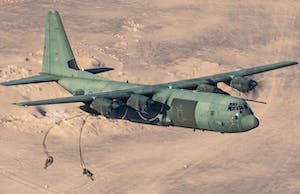