Rolls-Royce has been selected to supply its MTU naval generator sets for the U.S. Navy’s Constellation class frigate programme.

Rolls-Royce has received a contract for the first shipset to provide four MTU naval generator sets, each rated at 3000 kWe at 1800 rpm.

The Constellation class frigate is a multi-mission warship designed for operation in littoral and blue water environments to conduct air, anti-submarine, surface and electronic warfare, in addition to information operations. The generator sets are based on the MTU 20V 4000 M53B engine and provide a total power output of 12 MW for propulsion and on-board power supply.

The Constellation class are based on the FREMM class of ships. Fincantieri was awarded the shipbuilding contract from the U.S. Department of Defense in April 2020, to design and build the first FFG-62 class frigate.

“We’re very proud that Fincantieri Marinette Marine has placed its trust in our mtu naval generator sets for this important program. We have a legacy of strong support for our partners in both the U.S. Navy and the U.S. Coast Guard, and we are honored to be selected for FFG-62. There is no doubt that our systems will perform to the high expectations and unique demands of the U.S. Navy Constellation Class.”

“The flexible design engineering of the frigate’s CODLAG propulsion system will allow for energy-efficient diesel power generation for propulsion at normal cruising speeds with extended range, while enhancing anti-submarine capability in its extremely quiet diesel-electric configuration. When completed, the lead ship will be nearly 500 feet in length, accommodate up to 200 Sailors and be capable of sustained speeds of more than 26 knots.”

Fincantieri Marinette Marine (FMM) of Marinette, Wisconsin (USA), was awarded the build contract for the project, which includes the design and construction of the lead ship and the option to build up to 10 ships in total for phase one.

A potential planned second phase would include another 10 ships.

Construction on the first ship is expected to begin later this year. 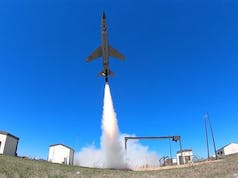 What a lost opportunity for BAE that the US went with FREMM rather than T26. It would have been great if the UK, US, Aus & Can were all operating the same platforms, not to mention the economic pluses for UK PLC.

Anyone know why the USN preferred FREMM?

The USN never even allowed Type 26 into the competition, they wanted a mature proven design currently in service with another navy, thoroughly de-risked, not a brand new design that was (at the time) still a paper excercise.
The final designs up for the competition where effectively the FREMM, Alvaro De Bazan, Freedom and Indipendence classes, I’m guessing after Zumwalt, and LCS the USN needed something they knew would work and where not prepared to risk a third ship type that struggles in service.

Rob: Perhaps becasue Fincantieri has shipyards to build in the U.S?

BAe also has shipyards in the US, althought they currently don’t use them for Naval construction. I’m sure if they’d put a bid in they’d have either invested in one of their own yards, or subcontracted the actual build to a partner like Lockheed-Martin planned to do.

BAE were not in the running as the US wanted a proven design though….. and of the 32 so far planned only 8 will be built in UK Yards, and there is a really large international difference/content too.

I disagree, it is good they operate different platforms.

Uniform thinking does not goes well in war.

Besides the proven design requirement that others have mentioned, I’m pretty sure that the USN weren’t really going for such an expensive and specialised platform as Type 26 with this requirement. After the Zumwalt and LCS failures they want something that is affordable en masse and is able to perform GP roles. A properly armed and outfitted Arrowhead 140 derivative would have been a better UK submission in my opinion.

Haha I bet the ScotNats will find a way of demonstrating that its selling out Scotland when they realise they will be German/US tech/builds.

No, because the Plymouth headline then would’ve had to read “UK subsidiary of French Company wins UK Frigate Contract.” for us to be able to use that.