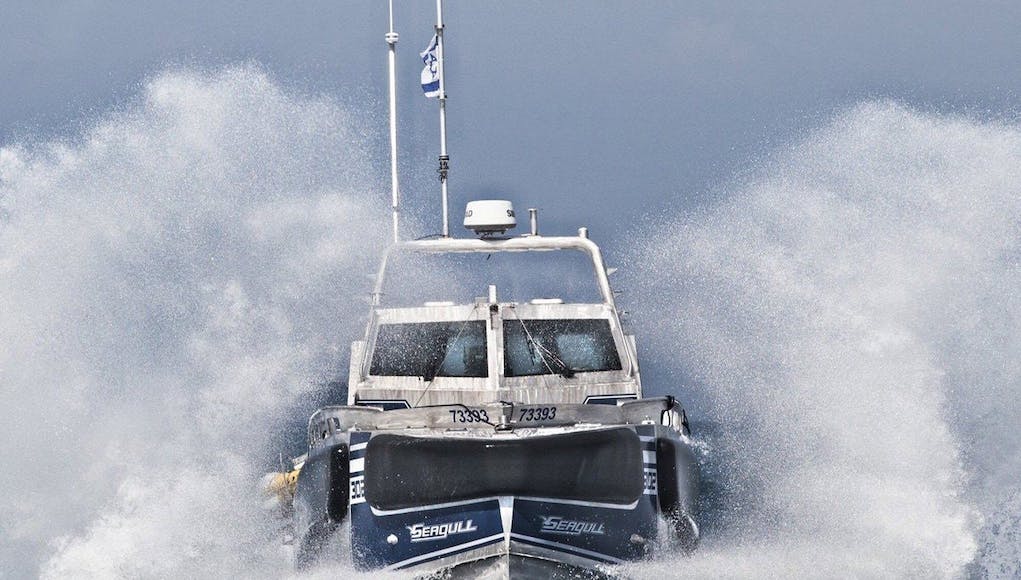 In a release the company said:

In addition to its ASW capabilities, the Seagull features a plug and play, modular mission payload suite and can perform Mine Counter Measures (MCM) missions, Electronic Warfare (EW), Maritime Security (MS), Hydrography and other missions using the same vessel, a mission control system and data links.

Last year, an Elbit Systems Seagull unmanned vessel and helicopter carrier HMS Ocean participated in an exercise between the Royal Navy and the Israeli Navy. 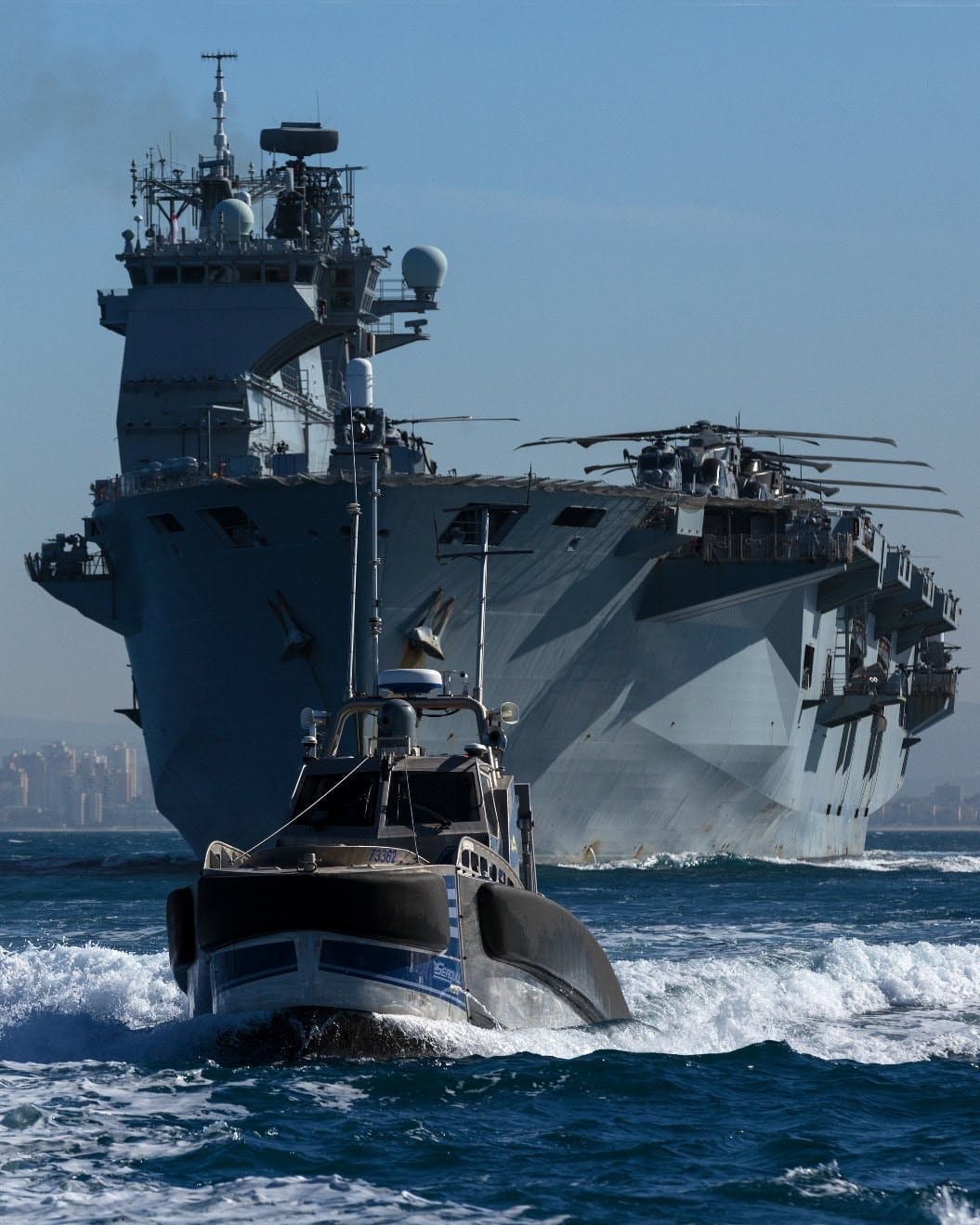 During the exercise the USV performed a Mine Counter Measure (MCM) mission, scanning and charting a secure path for HMS Ocean. Once encountering Mine-Like-Objects, the Seagull alerted HMS Ocean to avoid them, thus securing its ‘safe route’ say Elbit.

The Seagull performed the mission while being remotely operated from a Mission Control Station onshore. Additionally, the Seagull took part in a tactical manoeuvring exercise and sailed in formation with Israeli Navy vessels HMS Ocean.

Didnt work though as it never saved Ocean Lol

I’m certainly no expert but the way I read it is that this ASW exercise was a defensive operation as opposed to overtly offensive. Since T45 wasn’t designed for ASW I presume it would have to use Merlin to proactively search for threats and act as a picket rather than trail passive sonar or keep actively pinging for threats. Using USV is an option that provides persistence and probably at lower costs than a helicopter/dipping sonar approach.

Because it has a sonar, a helo and torpedoes…
Same goes for why do T23 do anti aircraft drills…because they have radars guns and missiles.

I had no idea a T45 has sonar actually.

Looking forward to seeing our Hercs flying combat sorties at Red Flag vs Red Air.
After all….they have wings!

Well its more a matter of degrees. A T26 is designed to be extremely quiet for passive sonar detection and to help reduce its own detection by a submarine. The minimized noise not only helps to actually detect a submarine, which may be tough enough in itself with today’s very quiet AIP and state of the art nuclear subs, but ideally to identify what type and potentially exactly which boat it is, based on unique sound signatures. T45 was designed primarily as AAW and not for ultra quiet operation. It has a bow sonar for sub, mine and torpedo detection… Read more »

I see many of these Unmanned systems being deployed on the T31 as they develop. Which makes sense for 250m we’re going to get fairly lightly arm hull then add an unmanned system depending on the task.

This is the future guys. The next war will do for them what the first world war did for the aircraft.