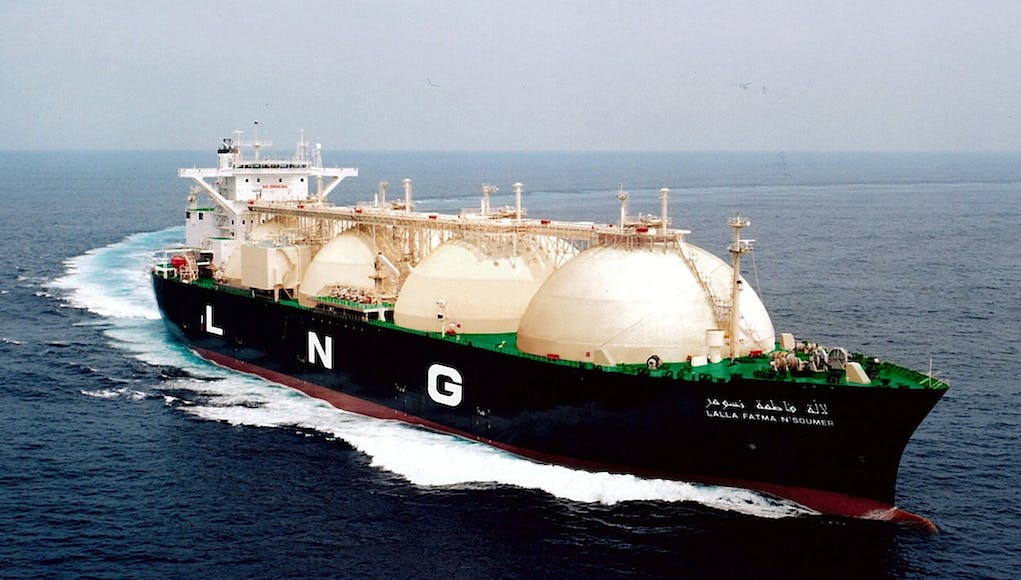 The Royal Navy has been preparing to counteract a potential terrorist attack on LNG carrying tankers for the last two years, according to industry news website OilPrice.

The website explains that two years ago, the navy prevented a terrorist plan to attack Liquefied natural gas (LNG) tankers coming into British terminals by planting limpet bombs on their hulls.

Liquefied natural gas is natural gas that has been converted to liquid form for ease of storage or transport.

Since then, an elite diver squad has been inspecting LNG tanker hulls consistently.

“LNG tankers are much safer than oil tankers. The liquefied methane is contained in non-pressurised tanks, and the danger of it igniting is small as it needs to vaporise and mix with the air in a specific proportion. This is not to say that there is no danger at all, however.

A bomb planted on the hull of a tanker could cause a fire, and LNG does burn. A surface fire as a result of LNG spillage could cause serious destruction even if there is no actual explosion. The loss of an LNG tanker in itself can become a serious economic problem, potentially creating energy shortage.”

Britain has three LNG import facilities, together they are capable of meeting nearly 50% of annual demand.

In 2004, a report from a US Government nuclear weapons lab characterised an LNG tanker spill from a terror attack as a low probability. If successful, however, it would become “a high consequence event” that could produce massive injuries and property damage, the report said.

‘an elite diver squad’; I think what they really meant was the SBS. None better!!

I doubt It, I suspect they mean police divers

I think not Steve.

Surely having the SBS do this would be a huge waste of their training as it’s unlikely the terrorists are going to be staying with the device so they don’t need combat specialists like the SBS they just need fantastic divers who can be trained to defuse devices.

…. and those fantastic divers would be?? – the SBS!

Checking hulls for limpet mines would surely be a job for the Navys own divers rather than using Special Forces?
They used to practice this sort of thing when I was in years ago and we were in port, not necessarily for commercial hulls in this way but to make sure ours was clean.

It will be RN Clearance and Army Divers from the Defence dive units around the UK. Their core role! The SBS may dip and dip out (no pun intended) for currency training.

Fleet Diving Squadron at Portsmouth possibly?
One of their groups has a MCT role.