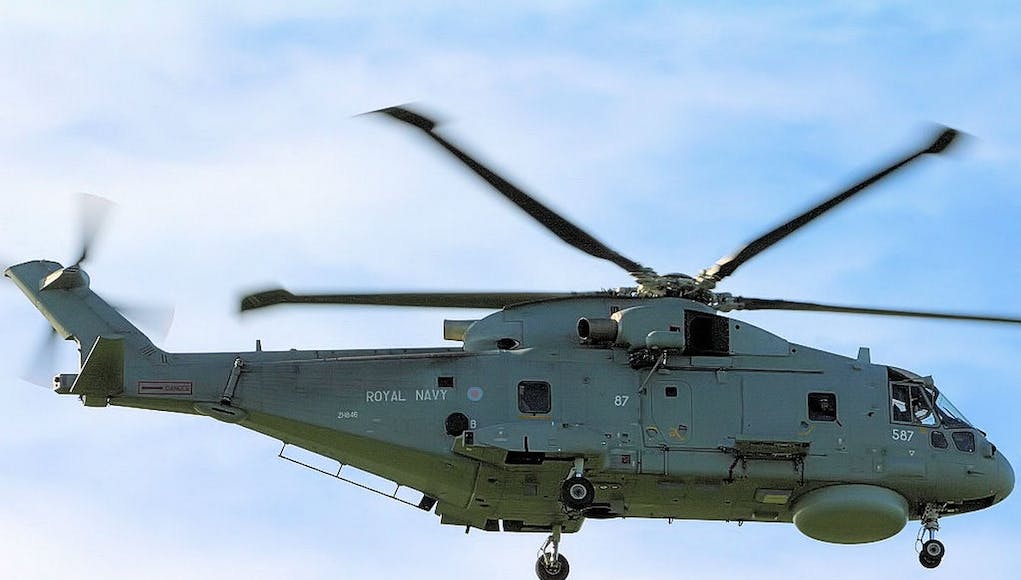 CornwallLive, an online news website in the same county as one of the largest helicopter bases in Europe, have reported that ‘Royal Navy helicopters are flying over Cornwall’.

Home to the Royal Navy’s maritime Merlins, Royal Naval Air Station Culdrose – just outside Helston on the Lizard Peninsula – is one of the largest helicopter bases in Europe.

With 3,000 personnel, it is one of the biggest single-site employer in Cornwall, pumping £100m into the local economy every year.

It’s been there quite a while too.

“They were spotted flying low over Truro earlier today.”

Investigating the scoop of the century, Cornwall Live reached out to the Royal Navy who said:

“The Merlins are undergoing standard training.”

As this story went to press, we have received reports from Portsmouth, a major Royal Navy base, that ship have been spotted in the water.

Unfortunately this is pretty much the standard of our local independent news media down here. Pirate FM is also abysmal . They’re shocked at the moment to discover the county’s full of holiday makers too, in August…..incredible.

OMG that made me laugh.

The locals are well used to helicopters from RNAS Culdrose flying around, often its to rescue some poor unfortunate from Greater Manchester or Birmingham who has got caught in a rip, or fallen from a cliff, who are the Muppets you are referring to?

anyone west of the Tamar

But as a local, you should know that Culdrose hasn’t deployed any search and rescue squadrons since those duties were transferred over to Bristow operating on behalf of the Coastguard in 2015/16.

Of course, the FAA is still well versed in SAR operations, due to the very nature of its work. However, the civilian aspect of it is now the responsibility of civilian contractors.

Imagine that. Up in my neck of the woods soldiers in combat gear have been sighted near Catterick. Whatever is going on?

And a tank on Salisbury Plain……..

Has this blog got shares in Portsmouth?

‘As this story went must be fake./t to press, we have received reports from Portsmouth, a major Royal Navy base, that ship have been spotted in the water.’

Standard stuff when you live nearby. 😉

But of course, this press group (‘location’ Live as I’ll call it) publishes these pointless stories pretty much daily. Like the helicopters, they’re nothing new.

South west news has always been a bit of a joke.
“In other news Mr Smith’s pig died last night…”

Here is a blast from the past…its nothing to do with news reports but South West TV used to have Gus Hunny Bun …Who remembers that???

We often see a Spitfire, complete with black and white ‘invasion’ stripes, flying over us in East Sussex. Spooky, or what?

Ahh ! happy childhood memories, he used to read out the kids birthday greetings way back in the 70`s.

‘Something happened in the West Country today. We are not sure what it was, but we will let you know when we find out. That’s all from us today…good evening’

If you look at the current image of RNAS Culdrose on Google Maps, it shows 4 F35s sat on the tarmac.

Said one of the biggest.

Has Hawks too mate.

And some Sea Harriers!

It might mean land area covered, Culdrose is huge ?

It really depends how you take the statistic. At the end of the Cold War, Culdrose was the biggest NAS by helicopter units deployed, with 1 training squadron, 3 ASW squadron and 1 SAR squadron each consisting of ~ 12 units. There was also an AEW squadron of 14 units and basic helicopter training with 38 Gazelles. (approximately). This was a time where squadrons were disbanding, merging, or aircraft from disbanded squadrons were being added to active ones. The Wildcats predecessor, the Lynx, was mostly based out of Portland. When that closed, they moved to Yeovilton- boosting that station’s airframes.… Read more »