Two of the world’s largest air cushion landing craft were involved in the planned exercise, landing equipment on the coast of Kaliningrad. 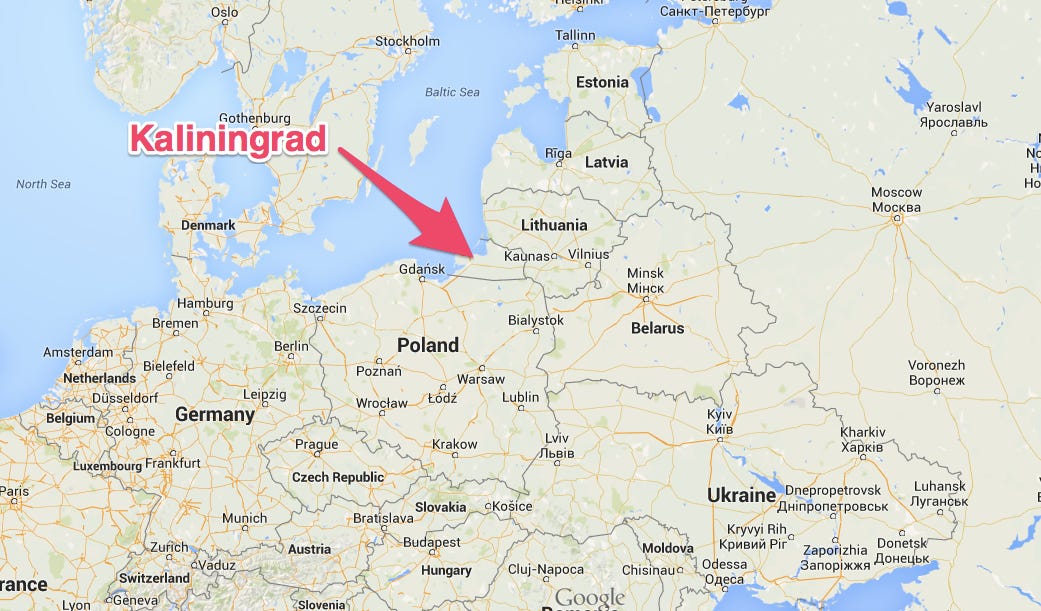 According to a Russian Ministry of Defence statement:

“While heading to the beach, the vessels’ crews employed the 30mm cannon-equipped AK-630 automatic close-in weapon system to fire at surface and air targets. In the course of performing combat training tasks, the crews also carried out amphibious assault landing on the unequipped coast. A unit of the airborne assault company of the Baltic Fleet marines on ten BTR-82A armored personnel carriers was involved in the landing.

Also, exercises were held on damage control, radiation, chemical and biological protection of ships at sea.

The Yevgeny Kocheshkov and Mordovia are the world’s largest air-cushioned landing craft (LCAC) and are in service with the Baltic Fleet. Part of project 12322 “Zubr” class, the vessels displace 555 tons with a full load and can reach speeds of 63 knots. They are designed to receive amphibious assault units with military equipment from an equipped or unequipped coast, transport by sea, land on the enemy coast and provide fire support for the landing troops.

Due to the design features of the ships can move on the ground, bypassing small obstacles (ditches and trenches) and minefields, move through swamps and land troops in the depths of enemy defenses.”

The Russian exclave of Kaliningrad on the Baltic Sea is sandwiched between Poland to the south and Lithuania to the north and east. Annexed from Germany in 1945, the territory gives Russia its only port on the Baltic coast that does not freeze during the winter.

They carry a decent amount of gear , 3 tanks or 10 Armoured vehicles

They were tested in secrecy in the Caspian.

The last remaining example left abandoned on a beach which I read recently. 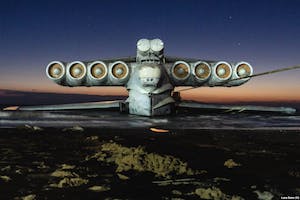 Watched those on YouTube just the other day mate, crazy concept, but very typical Russian.

My thoughts as well.