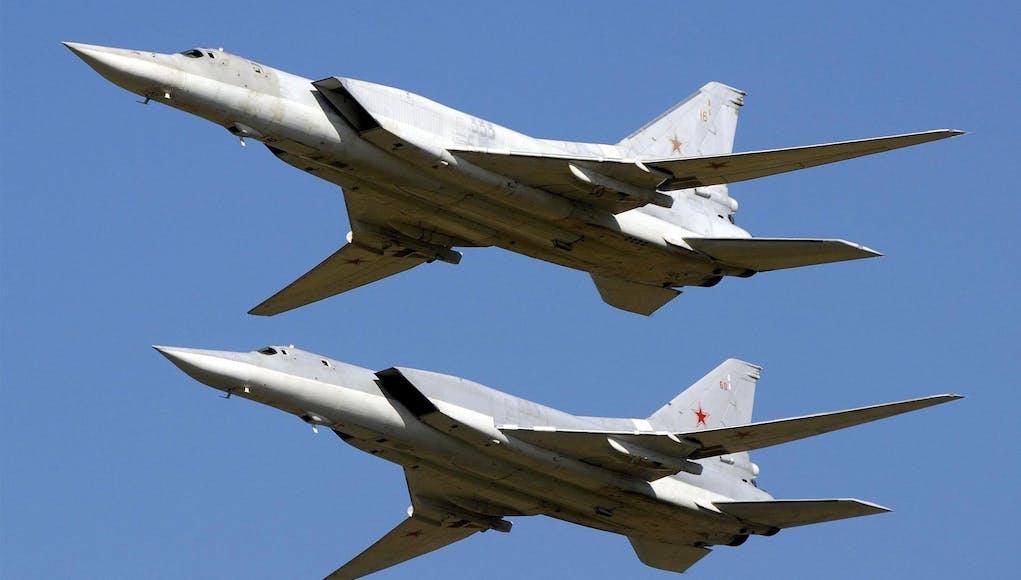 Six Tu-22M3 bombers took off from Russia and carried out air strikes on Islamic State targets in the Syrian province of Homs, the Russian Defence Ministry has revealed.

In December last year, the Russian military had intensified airstrikes in Syria: it was claimed that over the 3 days, Russian aircraft, including Tu-22M3 strategic bombers, had performed over 300 sorties engaging over 600 targets of different type.

The Russian military intervention in Syria began in September 2015 after an official request by the Syrian government for military help against rebel and jihadist groups.

The intervention at first consisted of air strikes primarily in north-western Syria against militant groups opposed to the Syrian government, including Syrian National Coalition, Islamic State, al-Nusra Front (al-Qaeda in the Levant) and the Army of Conquest.

Prior to these operations, Russian involvement in the Syrian Civil War had mainly consisted of supplying the Syrian Army.

Russian officials have said that their objective is to help the Syrian government retake territory from various opposition groups, including IS, but also groups backed and armed by the United States.

A video released by the Russian Ministry of Defence shows the mission carrier out earlier in the week.

The Russian Ministry of Defence revealed information on the strike.

#SYRIA 6 Tu-22M3 bombers took off from Russian territory, carried out concentrated strike on #ISIS objects near al-Sukhnah and Arak

The aircraft were successful.

IS is putin vs china.

A very long distance effort to drop dumb bombs haphazardly from high altitude on a predesignated geographic location…..
Weapons release at 1:10 is case in point.
Camera in the weapons bay may look cool, but is it any better than WW2?

Better than UK, at least they still have a strategic air force.

At least they still have a strategic air force.

250 incidents of lasers interfering with military aircraft recorded in last...