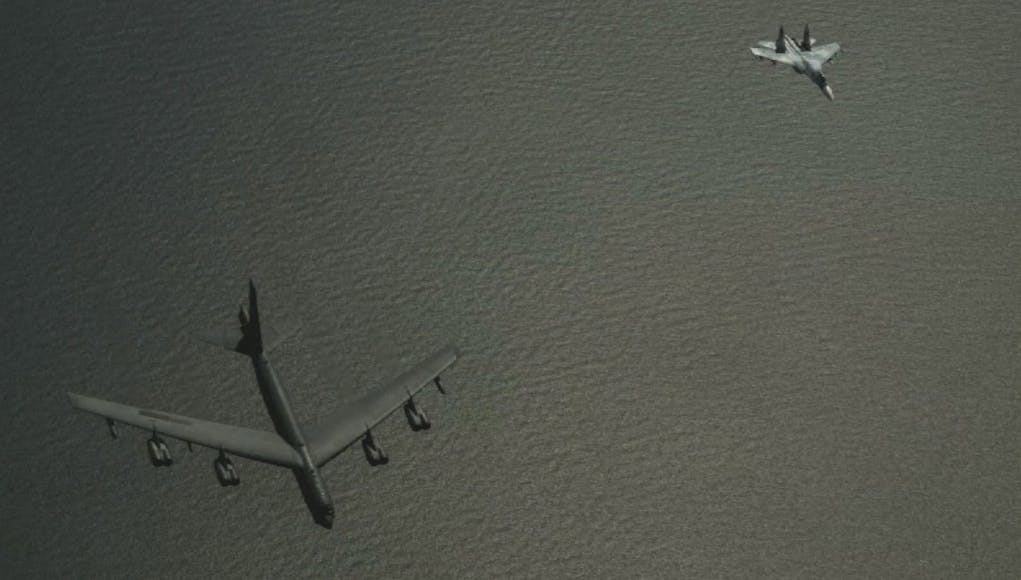 A Russian Su-27 intercepted a flight of B-1 and B-52 bombers during exercises taking place over the Baltic Sea.

The Russian Defense Ministry said it scrambled an Su-27 fighter over the Baltics to to intercept and escort a US B-52 strategic bomber that neared Russian airspace.

“There was a routine and safe intercept that occurred during that [BALTOPS exercise]. This was not one we believe falls into the category of unsafe.”

BALTOPS (Baltic Operations) is an annual military exercise in the Baltic Sea and the regions surrounding it.

The purpose of BALTOPS according to the US Navy is “is to train gunnery, replenishment at sea, anti-submarine warfare, radar tracking & interception, mine countermeasures, seamanship, search and rescue, maritime interdiction operations and scenarios dealing with potential real world crises and maritime security.”

Three B-52H Stratofortresses from Barksdale Air Force Base began missions in support of Baltic Operations on June the 6th and have bene joined by B-1 bombers.

The bombers are participating in the 45th edition of BALTOPS exercise which provides an opportunity for bomber crews to integrate with NATO allies and partner nations. 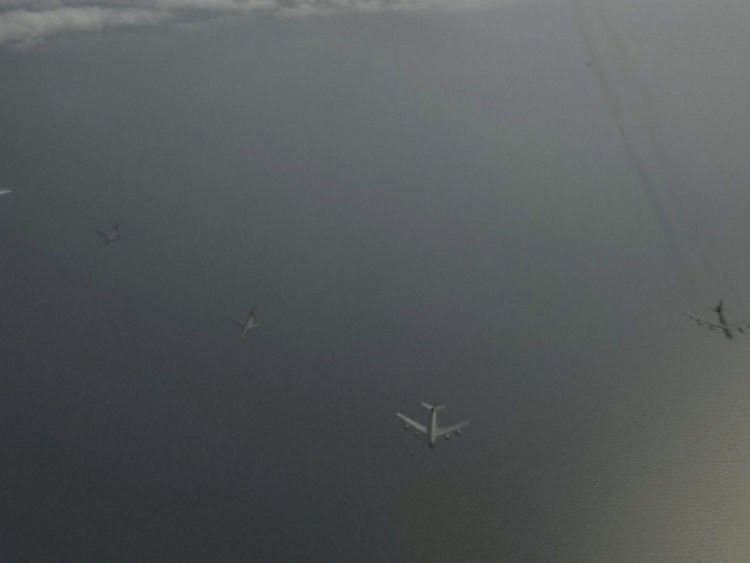 “On a strategic level, we’re trying to demonstrate to our NATO allies that we can combine forces. On a tactical level, we’re breaking down the details to figure out exactly what we need to do and how to do it in order to accomplish the mission.”

I do wonder how useful these bombers really would be in a war situation. They are pretty slow and big and so easy targets. Which means they need escorts, which kind of destroys the point of a long range bomber.

Good for PR, but not sure much else.

I believe they are or were a backup nuclear option but also they can stay over a traget a lot longer and hold a bigger payload I guess.

Great Cruise Missile platform, also a great conventional bomber with a flight of F-15’s for escort. Not as useful against a large built up area, unless you find an opening in there air defence however.

You usually can’t use B-52s or B-1s until full air superiority has been achieved. In the first Gulf War, Iraq’s air force was destroyed fairly quickly to make way for these slow and cumbersome aircraft, but Iraq’s air defence network was a tougher nut to crack, so aircraft such as the F-117 Nighthawk were used to get at them without too much radar detection. Large strategic bombers are extremely useful for morale purposes as the enemy will be much more scared of large-scale carpet bombing or MOAB munitions, but as I said earlier, this can’t be achieved without complete air… Read more »

A lot (all?) of the B52s have been modified to carry cruise missiles, some can carry up to 20 (12 on wing pylons and 8 in the bomb bay). If a major conflict is expected then ships and/or subs have time to get on station but, with the number of B52s that the USA has, the ability to launch an opening strike involving hundreds of Tomahawk on a target thousands of miles away within hours rather than days is a very valuable and I think totally unique capability.

But this doesn’t work, since they would then be in range of the defending fighters, which would make mince meat of them. The only way it works is if this opening salvo is a first strike situation where the enemy doesn’t expect it or if its in range of friendly fighters, at which point they could just do the bombing themselves.

We’re talking about a standoff range of about 1,000 miles, maybe even more when released at high altitude. That is well out of the combat radius of defending fighters especially if they need to do an intercept at 50,000 feet. B-52s have done these sort of stand-off strikes in the Iraq war. Their electronics are also not as antiquated as might be inferred from the age of the airframes. My understanding is that they have pretty good electronic warfare capabilities. The Americans aren’t stupid and wouldn’t be investing money in maintaining a B-52 fleet it they were dinosaurs. The B-52s… Read more »

I assume these kinds of intercepts are pretty much routine. All sides try and test the other just a little and get the response they expect and nobody wants to get pilots killed just for a pointless show of strength that will benefit nobody.
It’s the same with the intercepts near Scotland they will try but there’s a line they won’t cross.

Wars have been lost because you belive there are lines your foe won’t cross.

A problem with Russian bombers approaching NATO airspace is that they don’t normally have an aircraft identification beacon switched on. It would be interesting to know if the Americans made an example of how exercises should be safely carried out or if they copied the Russians.

I suspect they did the same and I wouldn’t be surprised if the Russians copied the Americans from back in the days when these exercises were far more common.

The point of these exercises is two fold, firstly a show of power and secondly to test the air defences to find gaps and to understand response times. If they had their transponders on, it would kinda defeat the purpose.

You can bet that if there are any gaps in ours or NATO’s radar coverage, the Russians know exactly where it is and they know which flight path to use to maximise the time before intercept and i am sure the same is true in reverse. 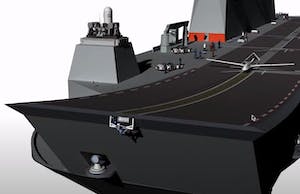 May 13, 2021
The Turkish navy could potentially become the first operator of a warship with an airwing composed primarily of drones.