For the third time in two months, Russian pilots flew in an “unsafe and unprofessional manner” while intercepting a U.S. Navy P-8A Maritime Patrol Aircraft over the Mediterranean Sea.

On May the 26th, a U.S. Navy P-8A aircraft was flying in the Eastern Mediterranean over international waters and was intercepted by two Russian Su-35 aircraft over a period of 65 minutes, say the U.S. Navy.

“The intercept was determined to be unsafe and unprofessional due to the Russian pilots taking close station on each wing of the P-8A simultaneously, restricting the P-8A’s ability to safely maneuver.”

According to a U.S Navy statement:

“The unnecessary actions of the Russian Su-35 pilots were inconsistent with good airmanship and international flight rules, and jeopardized the safety of flight of both aircraft. 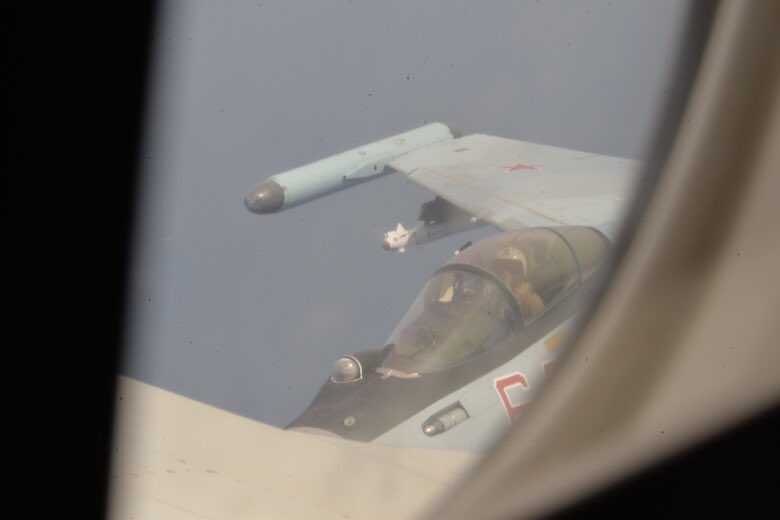 While the Russian aircraft was operating in international airspace, this interaction was irresponsible. We expect them to operate within international standards set to ensure safety and to prevent incidents, including the 1972 Agreement for the Prevention of Incidents On and Over the High Seas (INCSEA). Actions‎ like these increase the potential for midair collisions.” 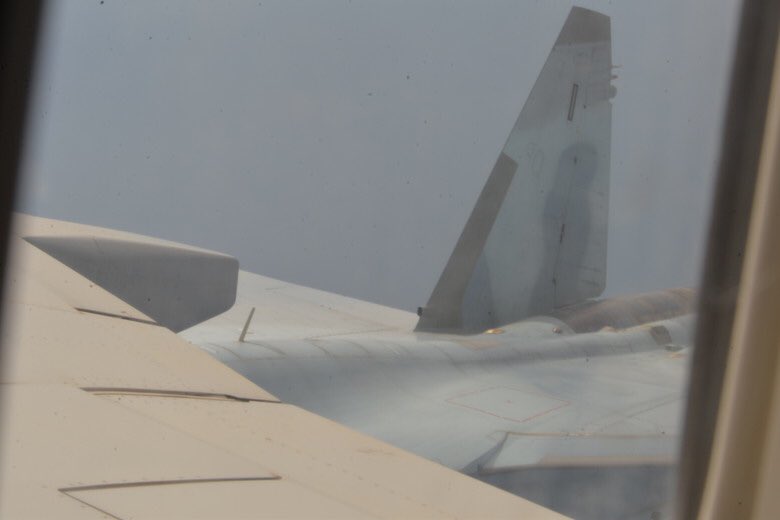 This incident follows two unsafe interactions in April, over the same waters.

In all cases, the U.S. say that their aircraft were operating in international airspace, consistent with international law, with due regard for safety of flight, and did not provoke this Russian activity.

It’s just the usual Cold War tit for tat “interceptions” that have been going on since the frosty relationship between Russia and the West started decades ago, its nothing new.

No, not new but these incidents need to be called out for what they are – irresponsible and downright dangerous, for both parties.

I know mate, it’s not the first time the Ruskies have indulged in a bit of unfriendly aircraft interaction and it won’t be the last. The Chinese have been doing the same in the far East and I’m sure they’ll be playing the same way when we take our CSG there next year, I’m expecting it to be a bit tasty out there for our inaugural tour.

Relley! there is a code of conduct even more so in international airspace the fact the krem was to do this is to stop eyes on there illegal mercenaries, usa needs to start useing dazzlers or fit lasersto these p8s that will soon put these air cowboys back in there places.

Where’s Tom Cruise when you need him?

Just shows how amateurish the Russians have become. No professionalism at all.

They’ve always been like this and it seems that the Chinese are behaving in the same way, do you remember when one of their destroyers almost pretty much crashed into a US Arliegh Burke destroyer not so long ago? I’m expecting the same type of reception when our first CSG heads out there next year.

Don’t think it has anything to do with professional, it’s a Deliberate tactic which one could argue they are carrying out with some great professional skill. It’s all about intimidation, they know Trump is unpredictable and this is all about testing boundaries at all levels but with a political emphasis and how that affects military responses down the command structure as a whole, be it strategic decision making or that of individual commanders ability to make decisions in the prevailing environment. Judging by what’s happening in Libya this is only going to get worse and I am sure the Russians… Read more »

Makes me wonder why now. Why here? What is the P8 looking for? Has it any SIGINT capability?

I assume these interceptions are close to Syria?

New early warning aircraft to be based in Scotland