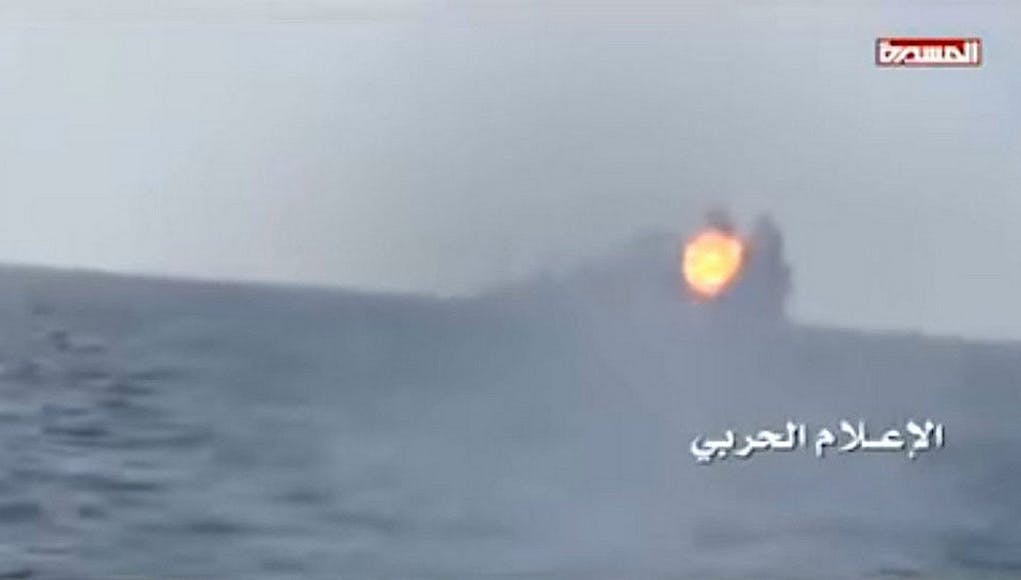 A Saudi Al Madinah class frigate has come under attack by three ‘suicide boats’ belonging to Houthi militants while on patrol west of Yemen.

“A Saudi frigate on patrol west of Hodeidah port came under attack from three suicide boats belonging to the Houthi militias.”

Two members of the ship’s crew were killed in the attack while three others were injured.

Saudi Arabia operates four Al Madinah class frigates which were built in France in the mid-1980s. Their displacement is around 2000 tonnes and are typically armed with eight Otomat surface-to-surface missiles, one 8-cell Crotale surface-to-air missile launcher in addition to various guns and torpedo launchers.

If 3 small boats can get so close to a frigate and not get taken out maybe they need more small weapons on-board.

T26 is already planned to have 2 x Phalanx 20mm multi-barrel cannon plus 2 x DS30 30mm cannon all remotely controlled. That’s pretty decent medium/close-in armament and there is even talk of Sea Ceptor getting an anti-surface capability. Also, T26 is a much bigger ship (almost a destroyer) so I’d be pretty confident that all of radar, guns and lookouts will be higher above waterline and so able to see and engage at greater range. Finally, as a big ship I would expect the ops room to be better equipped with more specialised stations and operators. As long as the… Read more »

Brimstone ‘sea spear’. Awesome! If we ever get it fitted on RN ships it would stop swarm attacks by speed boats dead in their tracks. Check out the demonstration video on YouTube. Worth the watch!