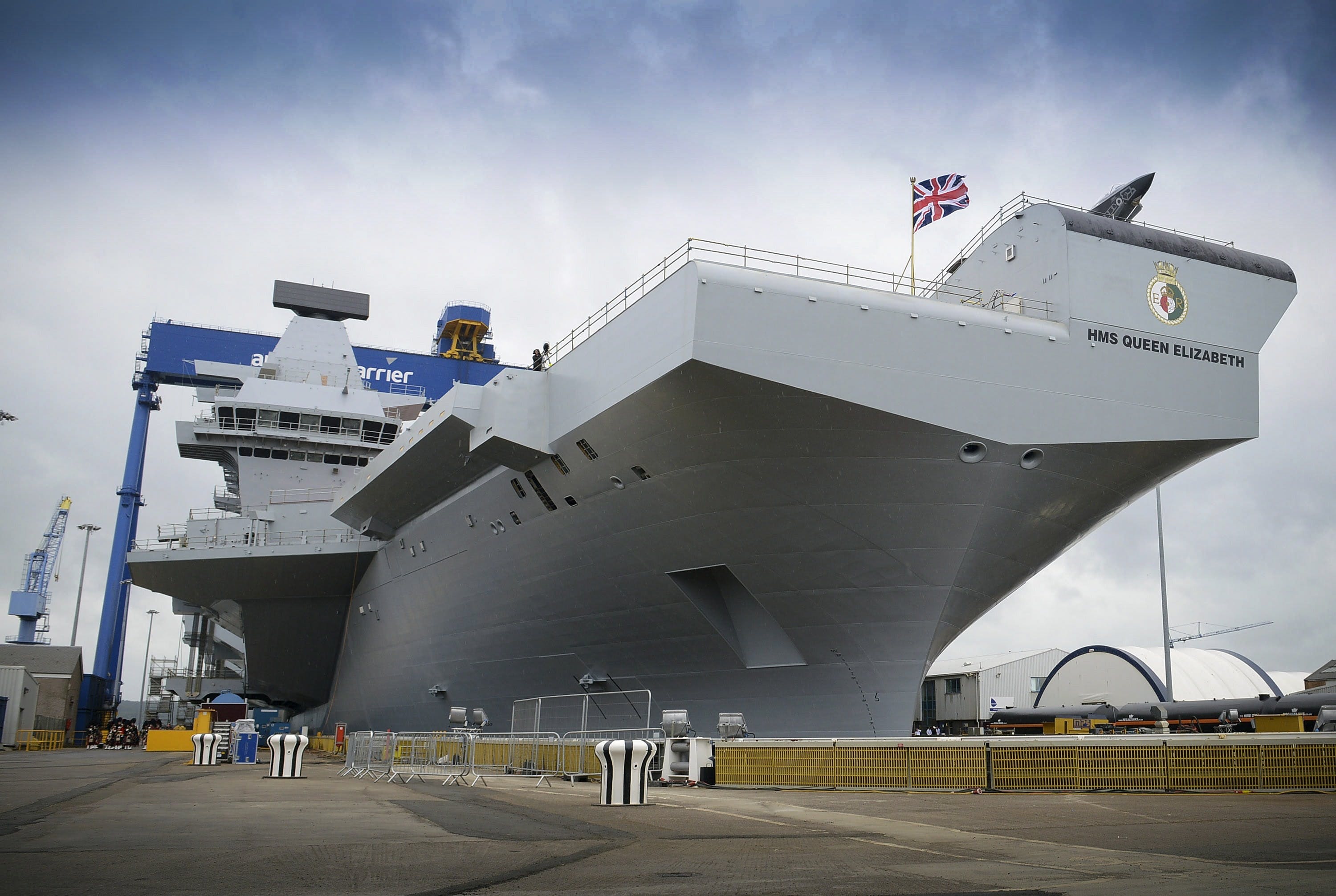 Her Majesty The Queen officially named the UK’s newest aircraft carrier at Rosyth, near Edinburgh, in a spectacular ceremony celebrating British Naval capability.

The Prime Minister, Secretary State of Defence and the First Sea Lord joined the celebrations, along with allies from around the globe and more than 3, 500 people involved in the design and construction of the largest warship ever built in the UK.