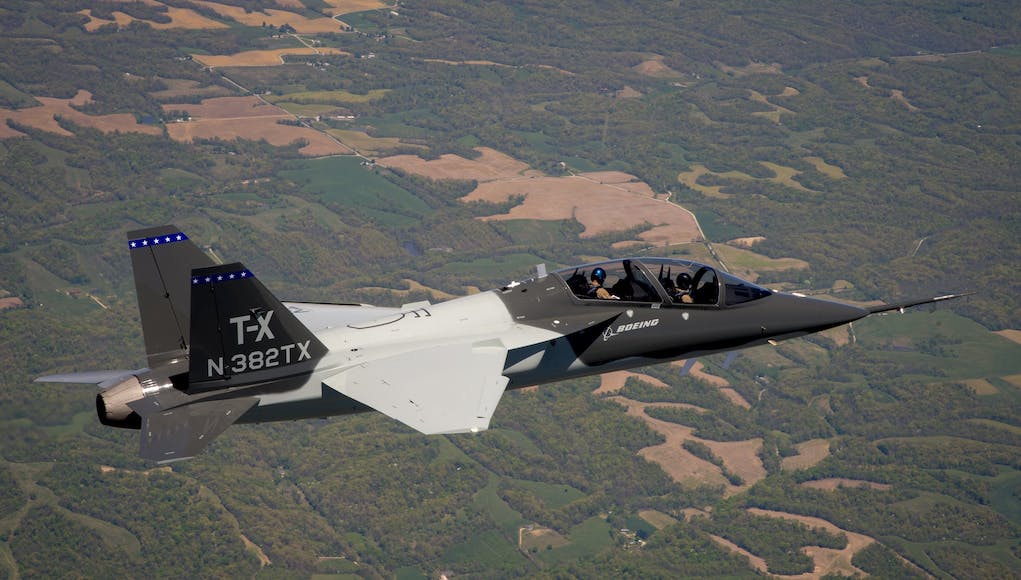 The jet is identical to the first and designed specifically for the US Air Force advanced pilot training requirement.

During the one-hour flight, lead T-X Test Pilot Steve Schmidt and Boeing Test Pilot for Air Force Programs Matt Giese reportedly validated key aspects of the aircraft and further demonstrated the low-risk and performance of the design, proving its repeatability in manufacturing.

“The jet handled exactly like the first aircraft and the simulator, meeting all expectations. The front and back cockpits work together seamlessly and the handling is superior. It’s the perfect aircraft for training future generations of combat pilots.”

“Our successful flight test program is a testament to the fact that our offering is the right choice for the US Air Force. This aircraft was built to Air Force requirements and designed to fulfill the Air Education and Training Command mission.”

The Boeing T-X aircraft has one engine, twin tails, tandem seating and an advanced cockpit with embedded training.

Boeing and Saab revealed their design in September 2016 and flew the first aircraft last December. T-X will replace the US Air Force’s aging T-38 aircraft.

Initial operating capability is planned for 2024.

A potential Hawk replacement? Not sure what plans are in place mid to long term for light attack, close air support and fighter training jet to replace the RAFs hawk? Anyone know?