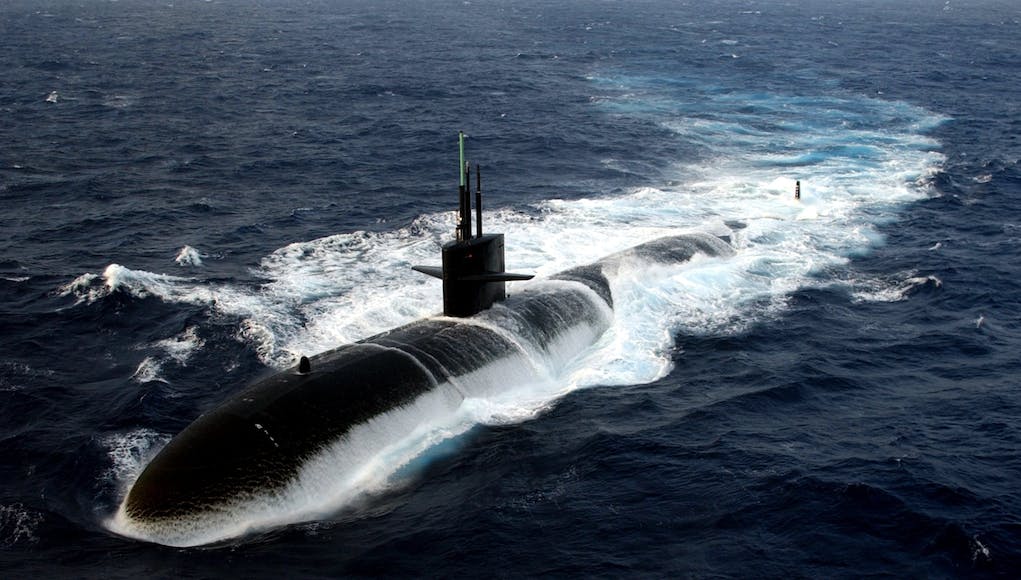 A second US Navy Los Angeles class attack submarine has visited Faslane on the Clyde this week.

The submarine left Her Majesty’s Naval Base Clyde in Scotland, United Kingdom a day ago.

While the visits have been described as routine, the frequency of visits displayed recently hasn’t been seen since the cold war.

Only recently the USS New Mexico and USS Pittsburgh visited the base which is home to the United Kingdoms nuclear missile and hunter killer submarine fleets.

Recently, naval forces from the United States, Germany and Norway started an anti-submarine-warfare exercise in the Atlantic, the US Navy announced in a press release on Monday.

The Los Angeles class is a class of nuclear-powered fast attack submarines in service with the United States Navy and they represent two generations and close to half a century of the US Navy’s attack submarine fleet. As of 2017, 36 of the class are still in commission and 26 retired from service.

our attack submarines ? I think that is what you meant an d i agree 100%. BAE are a leach bleeding the taxpayer and giving sh*t in return.

Colin that could have been an excellent reply if there had been any fact in it.

Well Colin Rubbish is the word I would apply to your submission. How is it that you and your fellow thinkers seem presume so much negativity in this respect. The visit of American subs has nothing to do with the lack of ability of “Astute” it just that the temperature of military activity has picked up with Putin flexing his muscles and as another commentator has said we don,t have enough numbers of subs or will ever have.

Astute class is not shit. We just need more of them. In recent exercises against a Virginia class ssn (the most modern the US navy has) the astute class easily detected it at long range and engaged and would have sunk her. The same occurred when pitted against Arleigh burke and Vincennes class cruisers. The fact is gents that 17 years ago the RN had 12 SSNs and 4 upholder class SSKs now we have just 7 SSNs and are building astute class at a lethargic 24-36 month cycle. We just need to get an order in for a further… Read more »

Sadly My B with only an extra Billion promised by current Govt if they are re-elected there won’t be an increase in numbers.