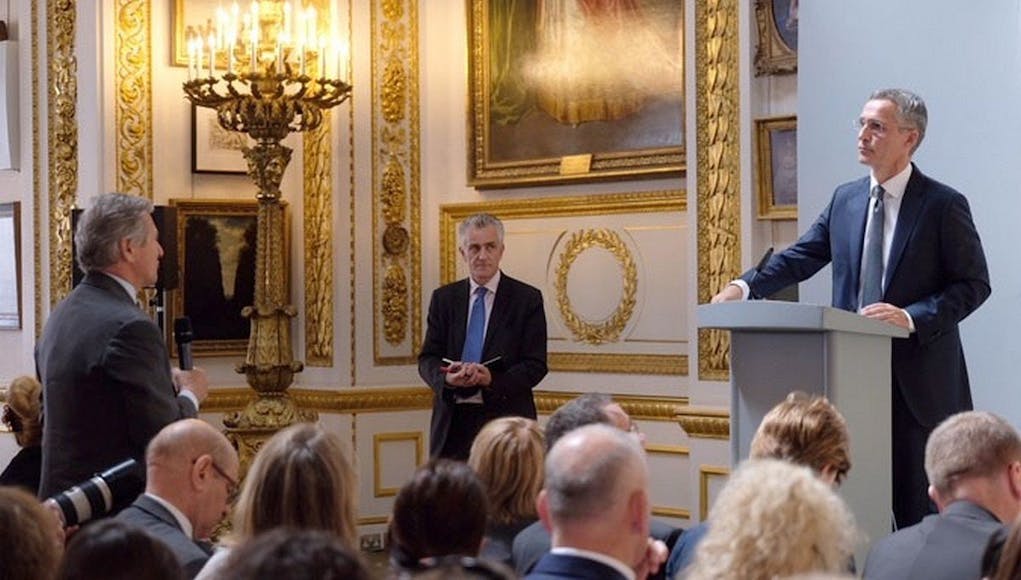 There have been disagreements throughout the history of the North Atlantic Alliance, but the member states have always been able to work together for collective defence, NATO Secretary General Jens Stoltenberg said in London last week.

“Our bond is strong, but today, some are doubting the strength of that bond,” Stoltenberg said. “It is not written in stone that the trans-Atlantic bond will survive forever, but I believe we will preserve it.”

The alliance is not a monolithic entity like the Warsaw Pact once was. It was and is made up of democracies that have had legitimate differences throughout the history of the alliance. “We have overcome disagreements before — differences of opinion is nothing new,” the secretary general said. “Some of them have been substantial.” Stoltenberg listed the Suez Crisis of 1956, the French withdrawal from NATO’s command structure in 1966 and the Iraq War in 2003.

“We are 29 democracies with different history, geography and culture,” he said. “So of course, sometimes there are disagreements.”

But that has not stopped the most successful alliance in history, he said. “Again and again, we unite around our common goal. We stand together. We protect each other,” he added.

But beyond the disagreements, one aspect stands alone: it is in each country’s strategic interest to maintain the trans-Atlantic alliance, the secretary general said, noting that history is a harsh teacher.

“Two world wars and a Cold War have taught us that Europe and North America are stronger, safer and more prosperous together,” Stoltenberg said. “That is why young American and Canadian soldiers fought on the Western Front in the First World War, and why their sons fought their way across the beaches of Normandy almost 30 years later.”

The United States fought in World War I and then washed its hands of the continent, he pointed out. “That was not a success,” Stoltenberg said. “After World War II, they stayed – in NATO — and that was a success.”

Finally, he said, alliance leaders will extend funding for the Afghan forces and deepen cooperation with the European Union.

“All of this shows our determination to provide for our common defence, ready to respond to any attack from any direction,” he said. “We face a difficult security environment, but when NATO is challenged, when others would divide us, weaken us undermine us; we must stay united and rise to the challenge with strength, solidarity and resolve, just as we always have.”

Like a lifeboat, NATO must weather all types of storms and come through intact. Currently, the political pressures are causing some legitimate concerns, but I’m sure the Alliance will continue to operate for the good of all parties. However, continuing to use the theme of a lifeboat, it can only be as good as the funds it receives?