At DSEI 2017, it was announced that the MoD had agreed the first phase of an incremental upgrade of the platform with Raytheon.

FlightGlobal reports that Roland Howell, Raytheon’s director of airborne ISR said it “will make the first incremental upgrade to the Shadow R1, and then explore new delivery solutions for the next variant, the Mk 2.”

They also reported that Air Cdre Ian Gale, the Ministry of Defence’s senior responsible officer for ISTAR platforms said he expects the Shadow R2 to be “a connected aeroplane with the best sensors available at the time”.

And it added that the team’s “strong project management, high dedication, innovation and agility have ensured operational needs have been met.”

Vital part of intelligence network, glad to see it is going to upgraded.

Agree. ISTAR assets should all be retained and improved.
With Sentinel, Shadow, Air Seeker, Reaper, P8, Defender the UK has a capable group of systems.
Need to keep Sentinel ideally.
No mention of the 7th and 8th Shadow to be added though?

If P-8 is supposed to be taking over the role of Sentinel in the medium term, as I think is the idea, I hope that more than 9 are purchased. Actually, in the long term, I wouldn’t be surprised to see drones of various types fulfilling the roles that Sentinel and Shadow fill now. Further, I don’t see why drones couldn’t be used in the future to act in the AWACS/AEW role for the carriers. The Merlin is limited by endurance and altitude, and the need to provide space and support systems for crew. I could see a drone, transmitting… Read more » 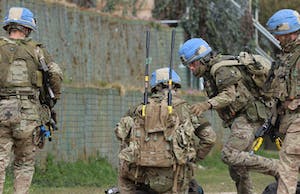