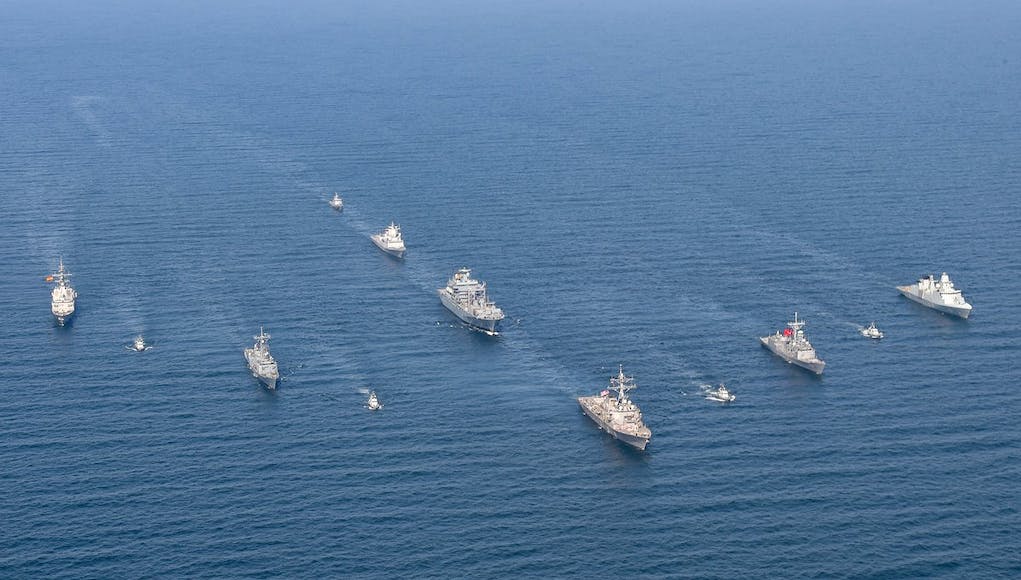 BALTOPS is a joint, multinational maritime-focused operation providing a unique opportunity to build readiness across the full spectrum of military operations through the integration of maritime, air, amphibious, and mine countermeasure forces in a challenging and complex scenario, ultimately testing the forces’ ability to ensure the safety of sea-lanes and the security of the Baltic region.

SNMG1, say the Alliance, highlighted NATO’s integration with allies and partner nations by operating together as one of the exercise task groups, securing the seas for amphibious task group operations, and partnering with Lithuania for a live Hellfire missile shoot.

“The serials ranged from air defense, anti-submarine, simulated surface engagements, joint personnel recovery and gunnery exercises. There was a lot of integration between forces which is crucial to providing lessons learned for future events when working together.”

As SNMG 1 wraps up BALTOPS 2019, they maintain their momentum by transitioning directly to Anti-submarine Warfare (ASW) in NATO’s exercise Dynamic Mongoose in July, say NATO.

I think the computer that randomly generates these names is on the piss…assuming that is how they are decided of course.

The UK Generates the names that way , the US has tended not to

We do it to increase operational security and to lessen the chance of having an Operation name that is likely to cause offense. The US go with Operation Iraqi Freedom……

Hi Daniele-Dynamic Mongoose-hilarious. Feisty little animals but as you say, a difficult name to take seriously. Btw we have 5 different species in and around Durban. Cheers G

I’ve learned something there Geoff…Cheers!

Maybe an HMS Mongoose in future?

Bit of a mouthful Geoff?!

How about HMS Ichneumia albicauda!! Check the little guy on Wikipedia. Cheers D

I checked, as I’d never heard of it! Largest species? Got to be a RFA at least Geoff.

Up next: Exercise Strutting Peacock.

On a serious note, the Type 23’s alongside in Norway for this exercise made for some good photographs over the weekend.

November 8, 2021
The Royal Navy intends to formally commence the concept phase for Type 83 in early 2022 with the assessment phase to follow in due course.