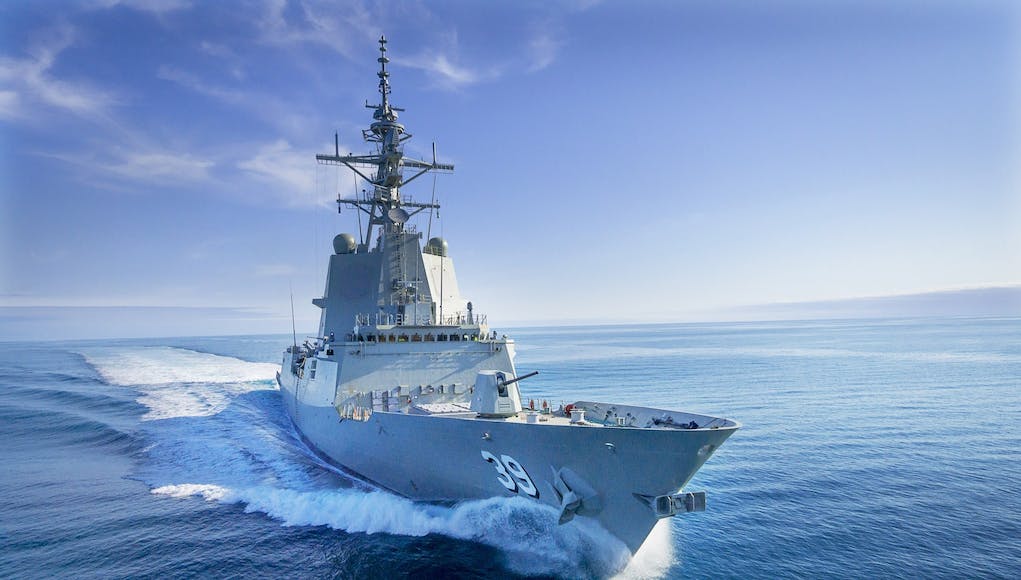 THE first of three next-generation Air Warfare Destroyers has successfully completed sea trials off the coast of South Australia.

HMAS Hobart was built at Techport, Australia’s premier naval industry hub in Adelaide, South Australia, which is also expected to be where 12 Shortfin Barracuda submarineswill be built by French shipbuilder DCNS for the Royal Australian Navy.

AWD Alliance General Manager Lloyd Beckett said the second phase of advanced trials would take place early next year when the combat and communication systems of Hobartwere ready for testing.

“It’s the culmination of years of design and procurement, construction and outfitting, system testing, training and equipment activation,” he said.

“It gives me an enormous sense of pride in seeing our hard work culminate in a successful trial period at sea.”

Hobart is more than 140 metres long, has a top speed of more than 28 knots, a range of about 5000 nautical miles and room for more than 200 crew members.

The AWDs will also be equipped with anti-surface, anti-submarine, and naval gunfire capabilities.

Hobart has surface launched torpedoes, a Phalanx short-range air and surface defence system, NULKA missile decoy system, front-mounted as well as towable sonar systems and a flight-deck suitable for a helicopter similar to an MH-60R Seahawk.

Over the coming months, further progress on the AWD Project will be demonstrated when the second destroyer HMAS Brisbane enters the water following its launch in December. Hull consolidation of the third destroyer, HMAS Sydney, is expected to take place in August 2017.

The Hobart-class destroyers are part of the most complex defence project in Australia’s history – an $8 billion collaboration between ASC, Raytheon Australia and the Australian Department of Defence.

Raytheon Australia Managing Director Michael Ward said he looked forward to the continued success of the destroyers when the advanced combat systems were tested next year.

“Raytheon Australia is responsible for the design, delivery and integration of the AWD Combat System which comprises 10 major subsystems and more than 3500 major pieces of combat system equipment,” he said.

“This sophisticated combat system contributes to making AWD the most advanced and lethal warship ever operated by the Royal Australian Navy.”

The AWD Alliance is scheduled to deliver Hobart to the Department of Defence in June 2017 following the completion of further sea trials.

The Australians pay an eye watering amount for their naval kit, however they are putting together a pretty tasty looking fleet. 3 x Air defence destroyers 9 x General purpose / ASW frigates where the FREMM & Type 26 will compete to replace the Anzacs 2 x Large LHDs with STOVL capability 12 x Large diesel submarines. It should also be noted that the Hobart class vessels all have strike length VLS cells. So they can accomodate the full range of missiles compatible with them, including the SM-6 & SM-3 (requiring an Aegis upgrade) should they desire in the future.… Read more »