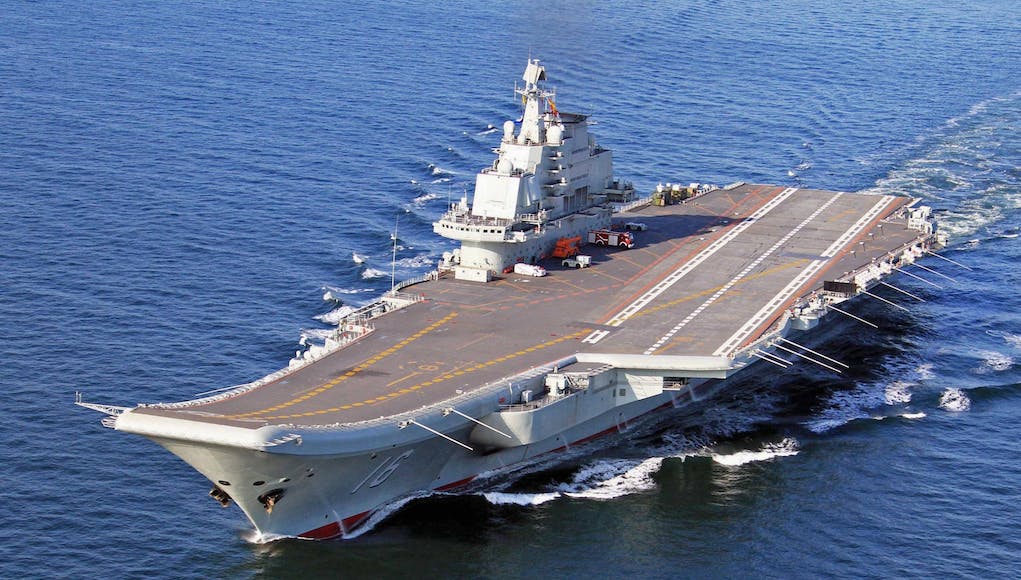 HMS Queen Elizabeth, the first supercarrier in a fleet of two, is currently in the final stages of completion, the vessel is due to go sea for trials in the New Year.

She’ll return to the Forth once those are done for a final period of fitting out and testing.

“Everyone understands the challenges we have across the country for engineers, particularly. But right now I’ve got 650 sailors on board the ship all beavering away… they’re all very excited. We just want to get the ship out to sea, actually!”

“These magnificent ships have created thousands of jobs in Rosyth and across the UK, and I am proud to meet the men and women who are bringing them into service.

These carriers will spearhead Britain’s sea power for the next 50 years, keeping our nation safe at home and protecting our interests abroad. They are just part of our investment in a growing Royal Navy, backed by a defence budget that will rise every year for the rest of the decade.”

“The Queen Elizabeth Class aircraft carriers are the product of a pioneering partnership between UK industry and the Ministry of Defence. As the Royal Navy’s flagships for the next 50 years, these ships will employ cutting edge technology to deliver fighting power at sea and over land.

Symbolising our nation in both steel and spirit, the Queen Elizabeth Class carriers will be powerful ambassadors for Britain on the global stage, in both peace time and times of conflict. These ships truly will be at the forefront of British military power projection for decades for generations to come.”

“The scale and complexity of the QE Class programme demonstrates the ability of British Industry to deliver world-class products and capability to our Armed Forces.

Both ships are at an highly advanced state, and it was a pleasure to host the Minister on HMS Queen Elizabeth as the Aircraft Carrier Alliance prepares her for the Ship’s Company living on board early next year.”

She is due in Portsmouth around the 9th of May next year.

According to the Royal Navy, it will cover an area the size of 10 football pitches. Workers have spent many months strengthening the centuries-old jetty, building a new sub-station and creating space for hundreds of staff and 15,000 pallets of medical, mail and naval stores.

“Work on the Carriers is a national undertaking, with shipyards across the country, from Scotland to Devon, lending Great British brainpower and skills to the programme.”


The information comes from a senior official said at the Farnborough air show.

The Queen Elizabeth is due to start sea trials next year before its first deployment in 2021, followed by its sister ship, the Prince of Wales.

It was stated that the Merlins will start simple flight activities in March 2017 and then first-class flight trials begin in early 2018.

Tabloids often like to quote 12 as the maximum number of F-35B’s the carrier will be able to carry (despite the intention to purchase 138 in the long term), however this, as you probably know, is nonsense.

The carriers, in peacetime, will usually deploy with 12-24 F-35B’s as a minimum and a number of various helicopters. The exact types and numbers of aircraft embarked being adjusted to meet current requirements and threats.

The vessels are capable of deploying a variety of aircraft in large numbers, up to a maximum in the upper fifties in surge conditions. In addition to the joint force of Royal Air Force and Royal Navy F-35Bs and their pilots, the air wing is expected to be composed of a ‘Maritime Force Protection’ package of nine anti-submarine Merlin HM2 and four or five Merlin for airborne early warning; alternatively a ‘Littoral Manoeuvre’ package could include a mix of RAF Chinooks, Army Apaches, Merlin HC4 and Wildcat HM2. The Crowsnest AEW&C aircraft will come from the embarked Mk2 Merlins – whatever the compliment carried in a particular TAG, the Crowsnest kit will be role fitted on a daily basis.

The two Queen Elizabeth class carriers can accommodate around twice as many aircraft as the three Invincible class. This metric isn’t the primary advantage of a larger ship class as each F-35B is considerably larger than a Harrier and has much better performance. There’s very little reason not to build larger carriers, it was once estimated that steel accounted for only about 20 percent of the cost of the ship.

The smaller the carrier, the fewer aircraft it can support and the greater waste of resources it becomes when compared to larger carriers. The smaller the carrier, the more the vessels size restricts the performance of the aircraft on board. The three Invincible class carriers, which the Queen Elizabeth class will replace, operated small and relatively low performance Sea Harriers. The larger F-35 that will operate from the new carriers is more effective than the Sea Harrier. It carries much more and it flies much faster and much farther. It’s also a more complicated aircraft, requiring more equipment and personnel. A carrier accommodating as many F-35Bs as the Invincible accommodated Sea Harriers would be far larger by necessity in order to effectively operate the modern, larger aircraft.

Larger carriers don’t have to be packed to bursting point with aircraft to achieve their greatest effectiveness, even with fewer aircraft on board, a ship with a large flight deck can rearm and refuel aircraft much more quickly, this is typically why they allow for much higher sortie generation rates than smaller vessels. The more crowded the flight deck, the slower the turn-around of each aircraft, the lower the sortie generation rate.

Size also offers greater storage capacity, larger vessels do not have to be resupplied as often, impacting both the effectiveness of the carrier and her vulnerability. Because a carrier is more vulnerable when being replenished, the vessel typically withdraws from station for that function. Much of the time lost is the time spent heading away from station and returning. The smaller the carrier, the more time lost and a bigger logistics chain required in support.

A larger ship is likely to survive damage that will sink or disable a smaller one. The smaller the proportion of a ship that gets damaged, the better the chance that the ship can survive the damage and keep on fighting. It takes sheer size to provide enough protection against all the weapons likely to be used against a carrier, from bombs to cruise missiles to torpedoes. This lesson comes from the second world war, where lessons learned from operations with the large converted battlecruisers in comparison with the smaller purpose-built aircraft carriers had taught both the Royal and US Navies that large carriers were more survivable than smaller ones due primarily to the large number of watertight compartments.

If a complement of aircraft that would typically be found on one large carrier is split among several smaller carriers, then each vessel needs its own escorts unless they operate together. This would require more resources to operate effectively. It might be argued that splitting up a carrier force would make it more difficult for an enemy to deal with all of it at once but the price paid in escorting ships would be high, making it unfeasible for most navies. Indeed, the most significant effect this would have would be requiring more smaller carriers to do the job of one large vessel, further increasing costs. Each of the smaller carriers in the group is less survivable, more wasteful and less effective than a single larger ship.

Them tents on her decks are winding me up.

Show me the good already.

Me too. There to make sure that the fancy high-tech heat coating necessary to protect against the F35B engine blast dries/cures/sets properly?

Navalised Typhoons? BAe has worked up the design for the Indian Navy. Highly capable, cheaper than F35’s and no need for a catapult, just arrestor wires.

“sortie’s” The world. It is done for.

where,s the growing navy,when you find it can someone tell us please…

Super carrier with nithing to carry but helicopters. And when the lightnings are finally delivered and operational They plan to deploy 12 on a carrier. What was the point of scrapping the invincibles that could comfertably do the same? The whole project has been a botched up mess. Do IT properly with cats and traps and a viable airwing. 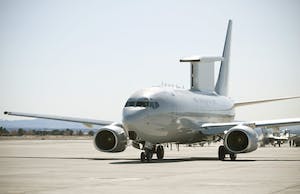