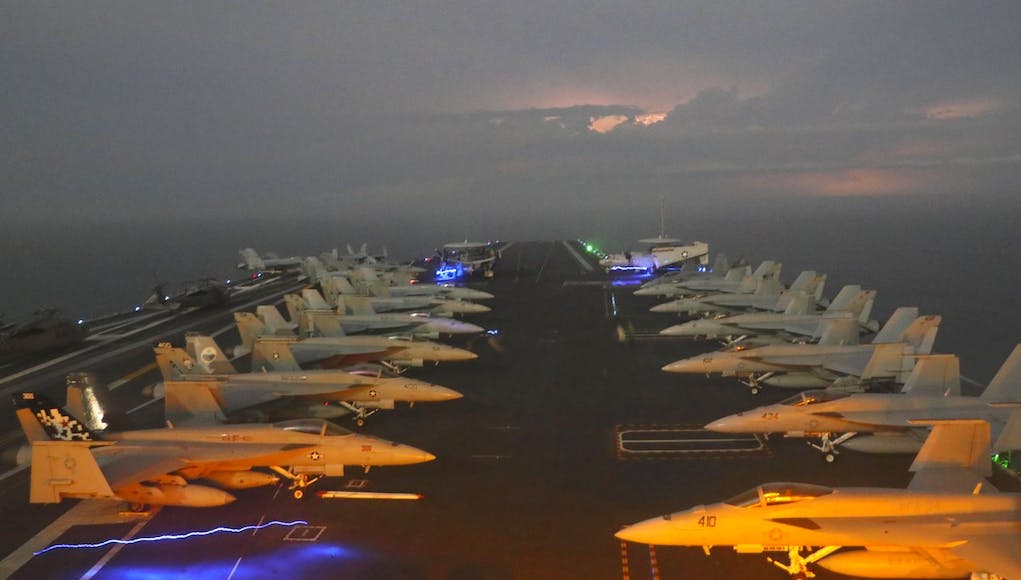 The air wing’s embark provided the first opportunity for Ford’s weapons department to execute a full ordnance movement using a lower stage weapons elevator. Performing as advertised, Ford’s AWEs conducted more than 1,300 cycles during this latest at sea period that enabled the successful transfer of 176 inert bombs in support of air wing operations. Ford’s AWEs have conducted over 10,000 cycles to date.”

Following the CVW-8’s fly-off on Sunday, the U.S. Navy say that Ford will return to port as planned and continue PDT&T scheduled events.

EMALS, a far more flexible launch system that should be installed, if possible, in the future.

Plus, a navalised version of Tempest and accompanying drones.

As we have recently seen with the USMC, we cannot always rely on partner nations to supply us with aircraft when political games are being played out

The UK needs to be able to defend itself and its carriers. Time to really start investing in our armed forces!

Still had some hiccups though. I think the system will mature and become reliable enough to field without concern, however it was a VERY poorly managed program and demonstrates again what happens when the beancounters, not the engineers are in charge.

We british built a emals system on land for testing and possibly to equip our carriers, god knows what happened to that tech and the hard work that was already done, I’ve seen tests of the system.

Whoever has the data should dust it off and compare it to the current issues on the USN’s system if they haven’t done so already. Never know where you might find a fix.

My worry with navalising Tempest is 1) the cost of it, plus 2) will HMG decide to replace some 140 Typhoons and 80-odd F35s (guesstimate for the total) with fewer airframes than the total combined, further reducing our air combat squadrons.

So how aircraft actually embarked in Ford’s largest embarkation?