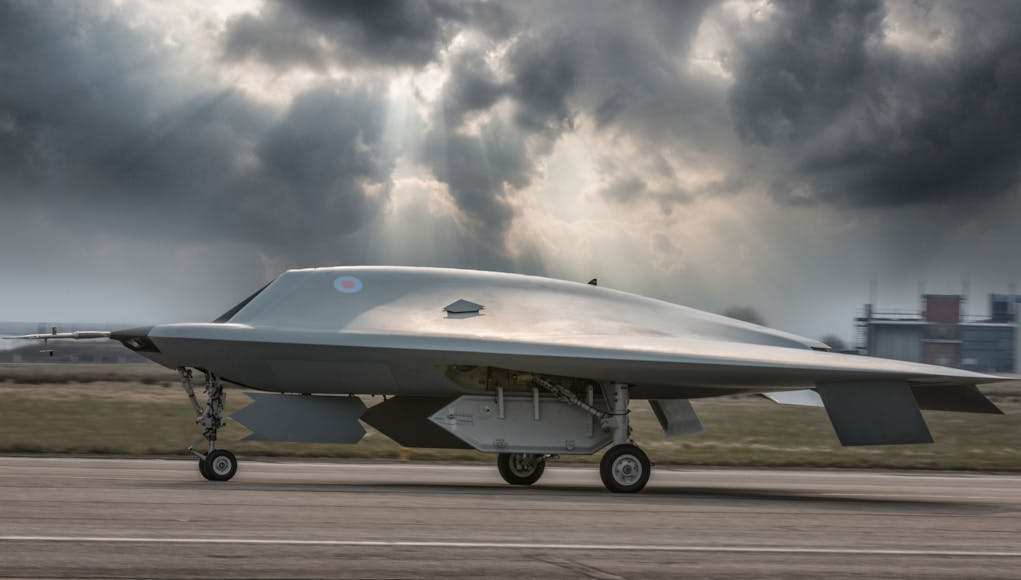 Taranis, named after the Celtic god of thunder, was today billed by military chiefs as the most technologically advanced aircraft ever built in the UK.The project, which has so far cost £185 million, will be able to launch precision strikes in hostile territory while remaining undetected.

Today at a briefing in London, the MoD and BAE Systems announced that the aircraft – described as a “combat vehicle demonstrator”, designed to prove that the technology it is using works – completed its first flight trials last year and said it had surpassed all expectations. Nigel Whitehead, group managing director of BAE Systems, said in a maiden 15-minute flight in August at a secret location, Taranis carried out a perfect take-off, rotation, “climb-out” and landing, piloted remotely by former RAF pilot Bob Fraser.

Mr Whitehead said a number of flights, lasting up to one hour each, and at a variety of altitudes and speeds, were carried out last year – but could not confirm exactly how many. It was also heavily emphasised that although the aircraft could fly itself autonomously, it would not be used in that way – and would not be able to set its own missions.

The prototype was understood to be flying at the Royal Australian Air Force’s Woomera Testing Range in Southern Australia. The British military has used the site extensively in the past to test new military equipment, including the Mantis unmanned aerial vehicle in 2009.

Philip Dunne, minister for defence equipment, support and technology, said: “This is the most advanced air system yet conceived, designed, and built in the UK and it is vitally important for the future both of UK air defence and the UK defence industry. Taranis is providing vital insights that will help shape future capabilities for our armed forces in coming decades. Its advanced technology is testament to the UK’s world leading engineering skills that keep Britain at the cutting edge of defence.”

Air Vice Marshal Sue Gray, who is director of Combat Air at Defence Equipment and Support, said: “We set out to build a world-class stealth unmanned air system, or remotely-piloted air system – lest we forget there is a man or a woman in the loop.”

The first flight of Taranis follows on from the maiden flight of the pan-European Neuron UCAV technology demonstrator on 1 December 2012 and extensive carrier-based testing of the Northrop Grumman X-47B in 2013.

Taranis is not intended to enter production, but is instead a technology demonstrator vehicle. According to the MoD evidence to Parliament, “It will provide the MoD with experimental evidence on the potential capabilities, helping to inform decisions on the future mix of manned and remotely piloted systems.”

“The TDV will demonstrate the successful integration of off-the-shelf technologies, including automation, command and control, sensor integration, and payload integration,” according to the MoD evidence. “The TDV is not designed to drop weapons, but will include simulated weapon release as part of a mission-representative scenario.”

Images were also released, and in my opinion, they’ve very impressive, have a look!

[…] The Future of Life Institute has published an open letter decrying the development of autonomous weapon systems. Signed by over 1700 experts from the field of Robotics and Artificial Intelligence, including Professor Stephen Hawking, the letter warns of such systems being available in “years, not decades”. “Just as most chemists and biologists have no interest in building chemical or biological weapons, most AI researchers have no interest in building AI weapons”Although the letter acknowledges AI has the potential to improve battlefield safety and survivability the authors claim autonomous offensive weapons “lower the threshold for going to battle” and could… Read more »