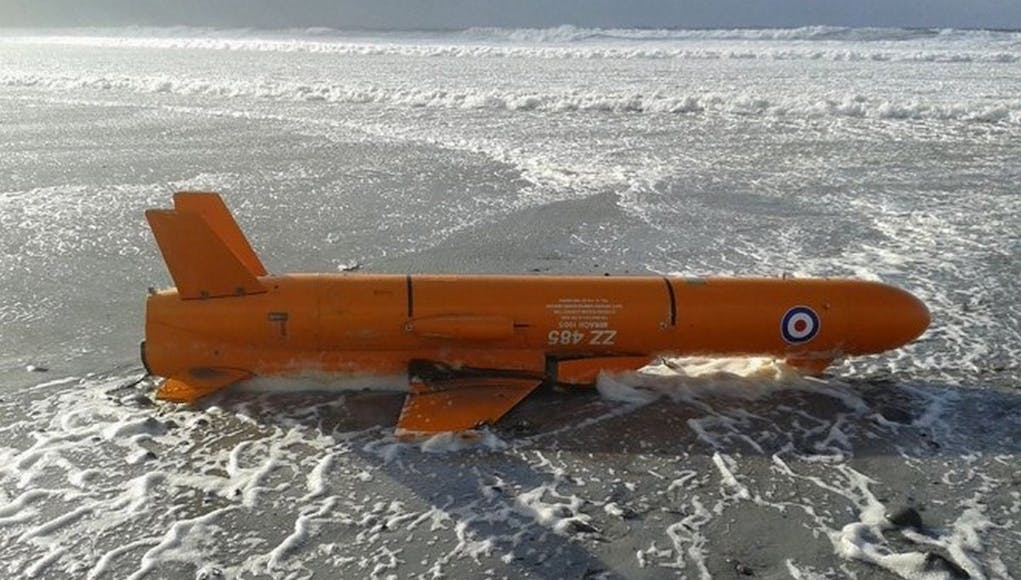 It has been reported by local media that the coastguard at Benbecula have recovered a target drone that has washed up on a Scottish island. The bright orange drone was discovered at Baleshare on North Uist early on Thursday morning.

The find was a Mirach 100/5 target drone. The system, operated by Qinetiq for the British armed forces, is a high performance, reusable Aerial Target which is the standard European Armed Forces threat simulator according to the manufacturer. The system is controlled by a Ground Control Station, allowing mission planning and re-tasking, rehearsal and play back.

The system was used extensively in a recent missile defence exercise, the United Kingdom operate around 50 examples of the system.

Naval vessels from nine countries worked together to simultaneously intercept dummy ballistic and cruise missiles off the coast of Scotland this week. The test involved ships from the United States, Australia, Canada, France, Germany, Italy, the Netherlands, Norway, Spain, and the United Kingdom.

The United Kingdom hosted the event at its Hebrides Missile Test Range.

The Ministry of Defence are yet to comment on the drone.

Is it one that the air defences missed, or are the sams programmed with an offset so that the drones can be re-used?

Patrick
Reply to  Bloke down the pub

Erm, a bit of a non-story isn’t it? The same thing happens at the other missile range near Tenby…

It would appear nobody hit the target! ??

The Americans must have been shooting at it!!!