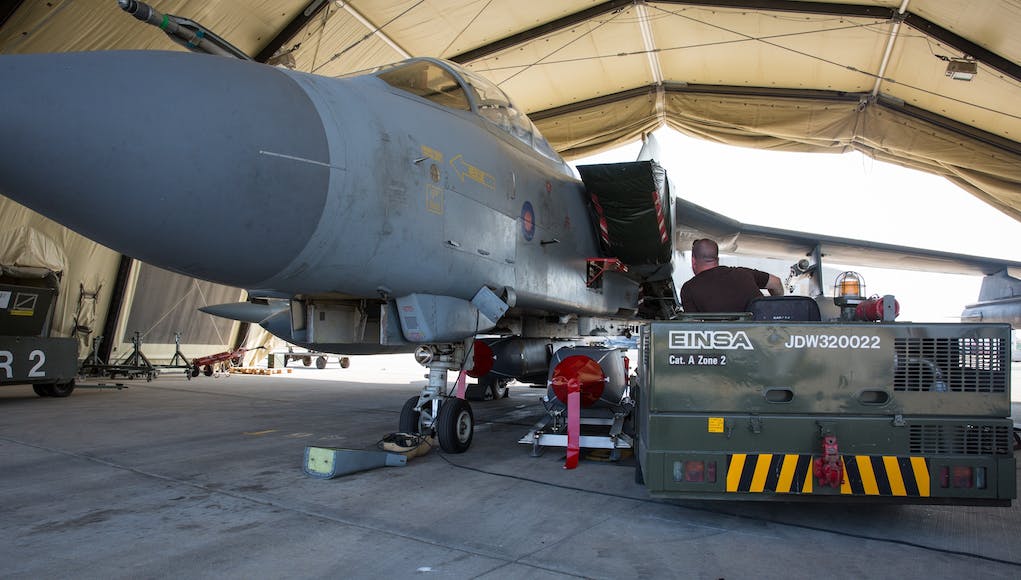 Tornado jets attacked two targets in and around Mosul, while other Tornados and Typhoons hit seven Islamic State positions in Raqqa.

A Tornado flight patrolled the Mosul area on Sunday 11 June, and conducted two attacks. During the first, a Paveway IV was used against a mortar position some 20 miles west of the city. A Brimstone was then used against a Islamic State firing point in western Mosul, close to the riverbank. A second Tornado flight, and two pairs of Typhoons, operated the same day over Raqqa. Paveway IVs accounted for four sniper positions and a Islamic State held building, while a simultaneous attack with two Brimstones eliminated two firing points in a building on the western edge of the city.