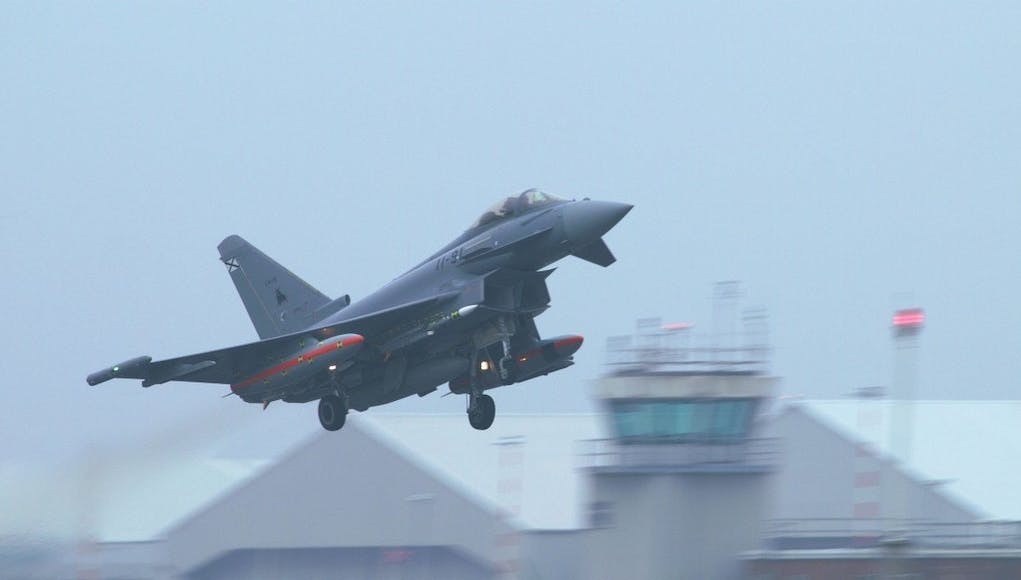 A Typhoon jet has successfully completed a simultaneous firing of two Meteor missiles as part of the programme to integrate the weapon on to the aircraft.

The test was conducted using Airbus Defence & Space Instrumented Production Aircraft (IPA) 4 with the support of BAE Systems, Eurofighter GmbH, MBDA and the Ministry of Defence.

The trial was used to test successful engagement of targets and the simultaneous two-way data link between two missiles and the aircraft.

“This is another major milestone on the Meteor programme and the first successful test of a dual firing.

Meteor brings to Eurofighter Typhoon an unparalleled air-to-air engagement capability and this successful trial – following on from a series of firings last year – is further evidence of how the Eurofighter Partner Companies are working together to deliver major enhancements to Typhoon’s multi-role capabilities.”

I remember “Front Line First” cuts of 1995. The Meteor was being touted then as a Carrot as the cuts came, along with Hellfire and Tomahawk. 22 Years later and still waiting. Jesus.

I figure that defence companies have about 6-7 people working on projects like this.

20 years, just to develop a missile.

If the next large war remains conventional it will be over in a fortnight once everyone expends all their weapons it took decades to create.

Noth Mg like a few of cynical misery posts to dampen any pride in on going achievements to n what is undoubtedly the best AAM capability in the world.

It’s good news, but I’d hope its integration on the F-35B could be speeded up a bit to be nearer the dates for deployment on the QE. 2024 is too far away.