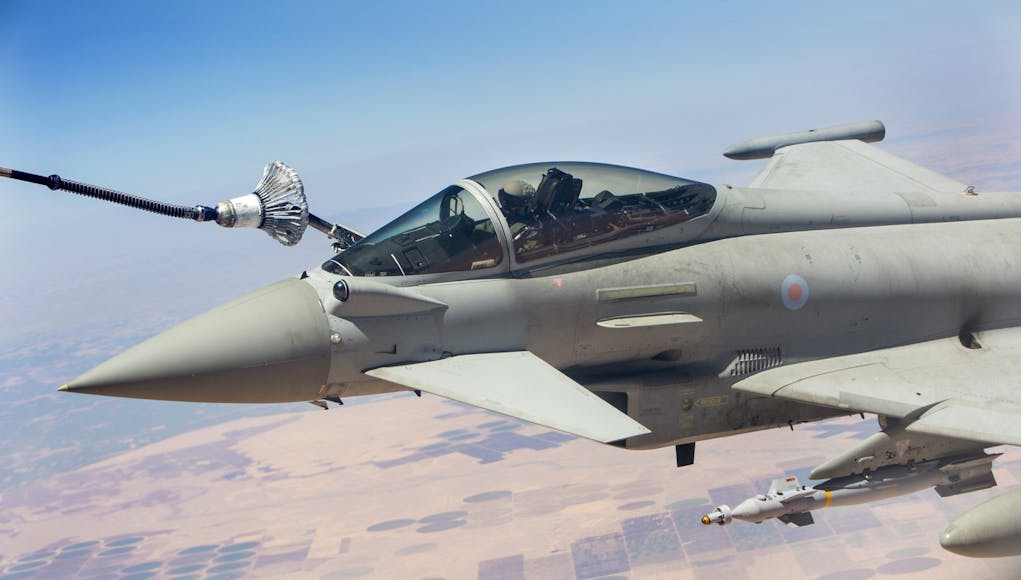 Royal Air Force personnel have been put through training over Oman as 6 Squadron from RAF Lossiemouth conduct exercises with the Royal Air Force of Oman.

According to a press release, nearly 250 personnel comprising RAF regular, reserve and civilian contractors serving alongside the Royal Air Force of Oman have come together on Exercise Magic Carpet 17.

“In two weeks of flying we have flown 102 sorties. The Typhoons have performed exceptionally well with first class maintenance from our engineers.

Not only have my pilots been able to practice all the skills they need. But it has been a fantastic opportunity to work in testing conditions for everyone from our field caterers to armourers and the forward air controllers who call in airpower.”

The RAF has been hosted by the Royal Air Force of Oman who have provided extensive training facilities. Wg Cdr Cooper said:

“From the military perspective we have had excellent access to ranges to drop precision guided bombs and to use Typhoon’s 27 mm cannon as well as practising air defence alongside the RAFO F-16 jets.

But for me, and I know I can speak for the whole detachment, I’ve particularly enjoyed the opportunity to meet our hosts, experience the professionalism of RAFO and see what Oman has to offer.”

The MoD say that being in Oman has provided training representative of the weather and flying conditions expected on operations. They add in a release that the two weeks of flying have also enabled many personnel in the air and on the ground to be efficiently qualified in delivering live munitions.