RAF pilots landed in Croatia at the start of a joint training event.

The MoD say that two RAF Typhoons landed at Zagreb within minutes of the world cup losing finalists’ plane touching down.

After taxiing in they found the pilots from the Croatian Air Force that had escorted them into the country’s airspace wearing the distinctive red and white check football strip under their flying suits.

“The joint training event involving crews from 1(F) Squadron Royal Air Force and the Croatian Air Force (CAF) Fighter Squadron is the first of its type involving the two countries. The aim is to build on increasing defence understanding between the two nations and exchange valuable experience between air and ground crews.

At present the CAF flies MiG21 fighters and getting first hand knowledge of the Typhoon’s capabilities will enable future co-operation in the air and a better understanding of how each of the air-forces operates.”

“It is a great pleasure to be here to work with our Croatian counterparts”, said Sqn Ldr Williams,

“And it is a real bonus to get here on the same day as their national team comes home just to catch how much it means to them.”

And the Croatian Air Force can teach the RAF how to play football. 😉

I can usually take a joke, but this kinda feels a bit childish to me. Like pilots in England shirts going to France for interoperability training if we had won the world cup. I.e. cringeworthy.

It’s a small country with a big achievement, let them have it

I am not bitter but the Croats played dirty….that’s all I will say. Missed opportunity we should have beaten them in the first half. Maybe the RAF can show the Croat airforce the true meaning of “do not mess with the Brits” and in exercises show them they can knock them out in the first half, no missed goals. We are bad at football, but as a nation seem to have a winning armed forces.

I am not sure being finishing 4th in the World cup equals being bad at football… Croatia had 2 of the best midfielders in the world so were never a pushover. As to being dirty… I am not sure Croatia played particularly dirty, however the referee and officials (like most in the world cup) were terrible. Croatia after all were potentially cheated out of the Final… Columbia still have not been punished for trying to dig up the penalty spot, Naymar got away with his dying fish impression in an effort to get someone booked and England should have got… Read more »

Just reread the article. Seriously the Eurofighter typhoon will toast the mig 21 every day of the week. I cannot think of any combat scenario when a mig 21 could have a decent odds ratio of success against the typhoon. The kill ratio in this exercise will be 30+:1 if not more.

Maybe the RAF should send a couple of Typhoons to all our allies in the region to start paving the way for Tempest orders.

Actually, we have been to rather a lot of them recently.

Apparently, the Croats are purchasing 12 F-16s from Israel, together with simulators, spares, training and support, though all 12 will not arrive until 2022. At least some of the MiGs have seen some light upgrades, but even the Croats have considered them obsolete for a couple of decades. I presume they were inherited from the Yugoslav Air Force when that nation broke up.

Crotian Air Force Pilots intercepted national football team on their return to Croatia, and immediately after that they flew to greet RAF in Croatia, that’s why you can see them wearing croatian jerseys. About MiG-21, Croatia got only 3 MiG-21 after croatian pilots (with balls of steel) flew from Yugoslav Air Force and joined Croatian Air Force. Later country purchased 40 MiG’s, 20 of them to enter active service and the rest to be used for spare parts. After acquiring first jets all air attacks on Croatia from YAF stopped. Croatian Air Force conducted ground attacks with great results in… Read more »

I have no problem with the Croats wearing their football colours with pride.

They won, fair and square. We were not good enough.

It’s all a bit of fun and sure we would have done the same. 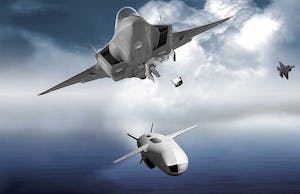