Home Air Typhoon to get Storm Shadow, Meteor in 2018 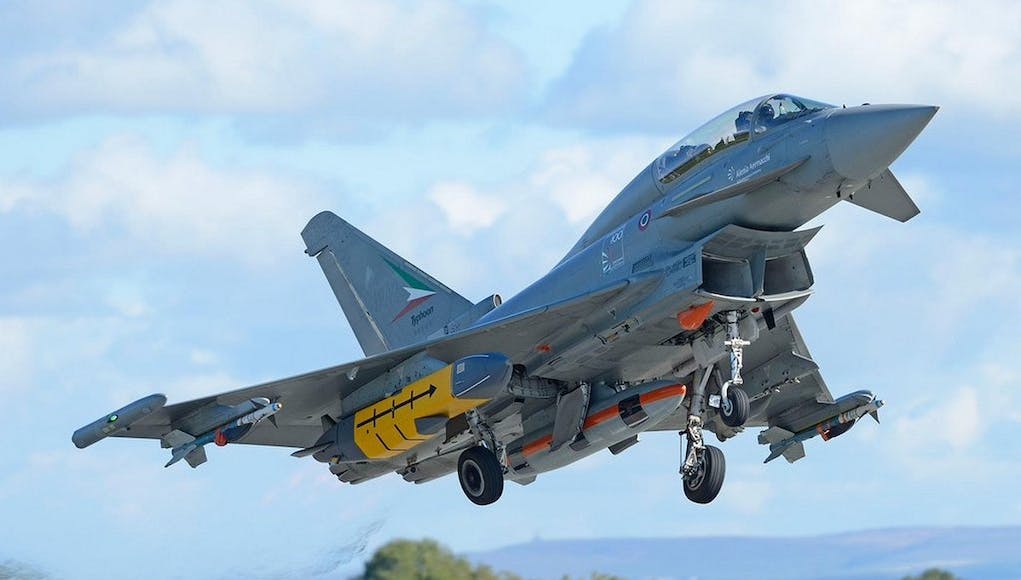 According to Philip Dunne, Minister of State (Defence Procurement), Typhoon is to receive Storm Shadow and Meteor in 2018.

The information comes from a written response to a parliamentary question and is displayed below.

Asked by Mr Kevan Jones (MP for North Durham):
“To ask the Secretary of State for Defence, what recent progress has been made on integrating the Eurofighter Typhoon aircraft with (a) Storm Shadow missiles, (b) Meteor missiles, (c) the DASS radar system and (d) other avionics.”

Answered by Mr Philip Dunne:
“The UK is committed to a series of phased enhancement programmes for Typhoon to increase its overall capability. Under current plans, the in-service dates on Typhoon will be August 2018 for Storm Shadow, and June 2018 for Meteor. Integration trials on both weapons are continuing. The Defensive Aids Sub System (DASS) is an existing part of the UK Typhoon fleet and is subject to continued review and enhancement. Separate development of an Active Electronic Scanned Array radar for Typhoon also continues.”

Meteor is an active radar guided beyond-visual-range air-to-air missile (BVRAAM) being developed by MBDA. The system will offer a multi-shot capability against long range manoeuvring targets in a heavy electronic countermeasures (ECM) environment with range in excess of 100 km.

Excellent news ………. Especially as they’re going to keep the Tranche 1 aircraft as well. Fingers crossed this goverment is waking up to what this country needs, a strong military!

Perfect! There has been a distinct lack of speed in getting the Typhoon up to date with the latest radar and weapon systems to reduce pressure on the already tired Tornado.
This has impacted on export sales where the Rafale is a good solid leap ahead in this area.

Too true…but SDSR2010 had an effect on a great deal did it not?

I don’t like this plane. Never did.
We should build our own planes.
I’m sure a rusty old Mig 29 would give our guys problems in the air.

Good grief….. time to join the real world Andrew. Dont like it by all means…personal preference of course having no bearing on the Typhoon’s capabilities or effectiveness.

I am in the real world. Suchoi’s and Migs are very effective, it’s not personal preference it is logic.
What happened in the recent tests with RAF and the Indian AF?
Joint Strike Fighter is the way forward.

We should build our own planes, but the JSF – a largely US aircraft – is the way forward? I’m not following.

Those test with the AF suchoi’s were garbage the claims of a white wash were rubbished, typhoons were more than a match for migs and suchoi’s in the recent red flag in the states, superb fighter

In the recent tests the Indian airforce did ok in a calibration test then got completely stuffed in air combat tests.

Sukhoi and MiGs are effective…less so the MiG as a much older design. The Su series of Sukhoi are very good but also rely on an airframe that was designed 40 years ago and despite bolt on upgrades has changed little in design itself.
Regardless your logic is just another civilian who tries to enforce his flawed opinion on people who know a whole lot more

Andrew Stachurski Andrew with a response like that you only confirm your lack of reality. Like what you will but thats no measure of combat effectiveness. By the way – have you ever flown anything?

The Typhoon is a brilliant aircraft; moreover the RAF copies are actually assembled in this country with a significant British workshare in the overall manufacture. The design was heavily influenced by British engineering and industrial leadership, especially after the tumult of the French withdrawal. The project as a whole, although most certainly not without its faults, represents one of the better examples of international industrial cooperation and possibly one of the best, as far as the United Kingdom is concerned. Even if the fighter was a lemon – which it is not – it would be a grand folly to… Read more »

We do build a good deal of this aircraft. Its largely based on a British test aircraft and most of the ‘push’ for weapon systems etc. are British. You suggest this aircraft is not good? The people using it don’t seem to agree with you. I don’t think the RAF have a problem with the Russian aircraft at all.

Are Storm Shadows an upgrade to Silver Shadows?

The ergonomics alone are generations apart.

Both these missiles look very tasty. 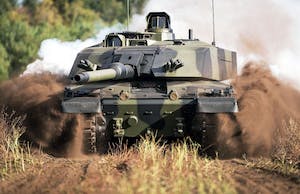