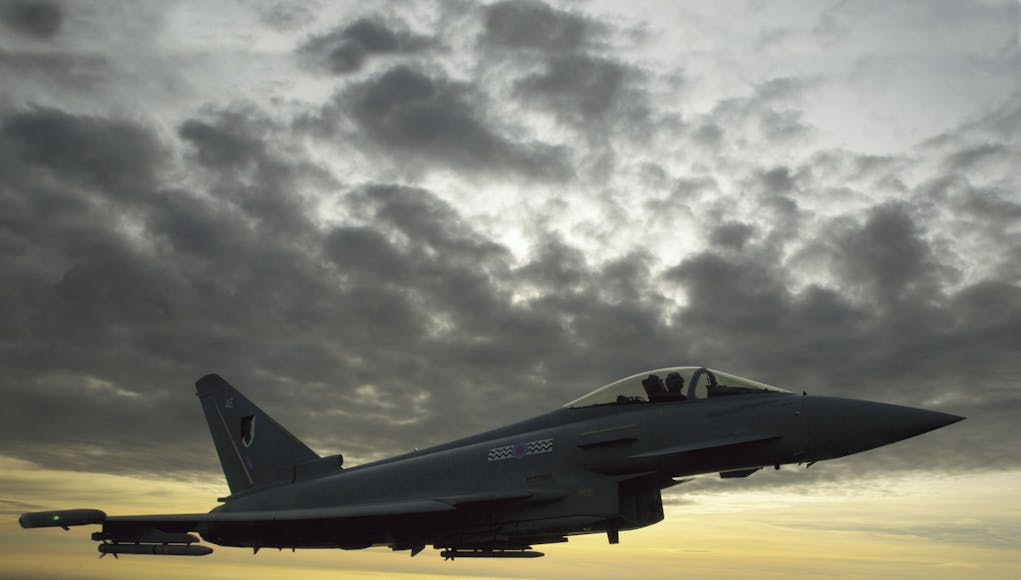 Typhoon jets attacked two positions in Raqqa, whilst Tornados hit an armed truck and terrorists on foot in and around Tal Afar.

A Typhoon flight used Paveway IVs to destroy two defensive positions in Raqqa, from which Daesh extremists were firing on the Syrian Democratic Forces.

Tornados bombed two groups of terrorists spotted on foot to the north-east of Tal Afar, while a mixed flight used a Brimstone to destroy an armed truck hidden under a building’s overhang on the western edge of the city. The following day, Typhoons and Tornados struck a further four positions in Raqqa with Paveways, including a sniper and a machine-gun team.

Typhoons and Tornados were also very busy around Tal Afar: Paveway IVs were used to target one large and two small buildings comprising a truck-bomb factory, and five other positions from which terrorists armed with suicide vests, rocket-propelled grenades, a mortar and a heavy machine-gun were operating.

In addition, two Brimstone missiles were fired successfully at a truck-bomb, and a mechanical excavator used to construct defensive positions.

What is the status of the air campaign?

I hope there are Apaches at Akrotiri. If a british pilot goes down over Syria – gunships would be essential for a rescue operation. They’ve done good work, but it’s time for them to come home.

A good idea the military would have suggested but the beam counters at the MOD shut down as too expensive.