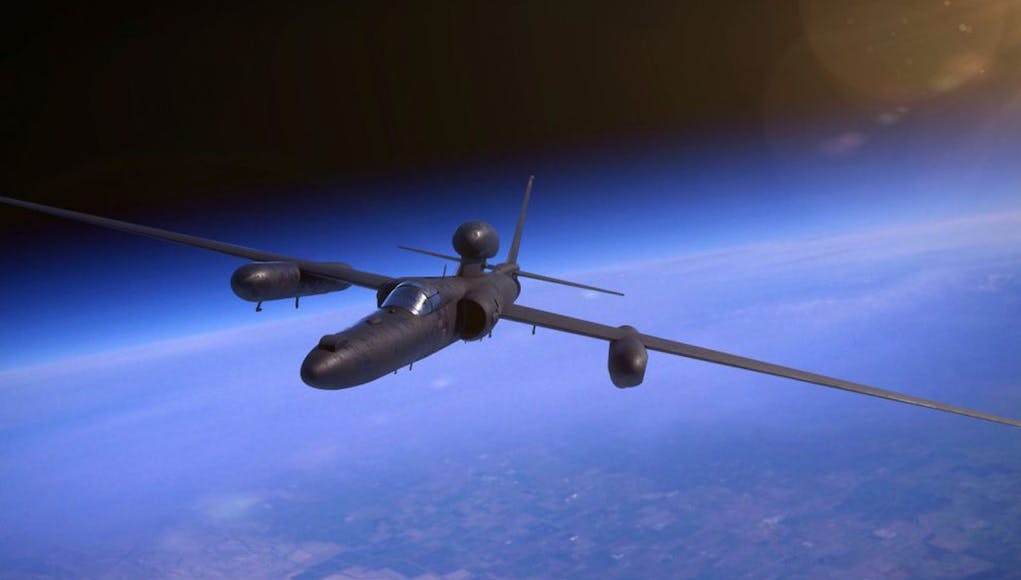 An American U-2S ‘Dragon Lady’ spy plane has left RAF Akrotiri on Cyprus and appears to be heading to RAF Fairford in the UK.

The flight is being monitored by SkyScanWorld here.

According to Airforce Technology here:

“The design has remained essentially unchanged over decades of operational deployment but the reconnaissance systems are constantly upgraded with state-of-the-art and classified systems. The last U-2 was delivered in 1989 and there are 32 U-2S aircraft in the US Air Force fleet.

The aircraft was used in Operations Desert Storm and Desert Shield during the Gulf Crisis during 1990 and 1991, over Bosnia and Kosovo in support of Nato forces during the 1990s, in Afghanistan in 2001, and in support of Operation Iraqi Freedom in 2003.”

In a statement, the USAF said:

“The mission of the U-2 is to provide intelligence, surveillance, and reconnaissance capabilities in order to meet combatant commander objectives. The deployment of ISR (Intelligence, Surveillance and Reconnaissance) assets to the European theater demonstrates U.S. commitment to our allies and partners in the region.”

Do U2 pilots still qualify as Astronauts?

Probably, I remember a bunch of US pilots getting the qualification.

Is this Group reporting for foreign intelligence agencies?

Yes Mr Coolfire, obviously we are and you have caught us.

Brilliant Methodology. I’m defecting in my SEAT to claim asylum, unsure where yet.

Just for the info, U2s have been based out of Akrotiri  for years.In fact I’m sure you could put your name in a hat in which to sit in the chase vehicles which would meet up with a landing U2 and affix the outer wing wheels

Yep can remember them roaring off early in the morning and gliding back in hours later!

I remember being on an exercise in Akrotiri in Jun 1990 when a U2 came into land. We all got told we did not see anything land and that there were no American Air Force aircraft at Akrotiri.

..appears to be no insignia visible at all so whoever told you was probably correct Trevor 🙂

I always find the age of some equipment used by the US forces incredible. I believe the U2 has been around for decades and was based on the Canberra aircraft. The B52 is remarkable too, older than many of those who fly it. The much smaller British armed forces seem to dispose of kit very early in comparison. The Tornado aircraft and many warships spring to mind.

I think its more to do with both having the money and the will to update, and doing it with such an amount of kit its economic to do so.

The U2 was not based on the Canberra, that was the RB-57. In fact, Kelly Johnson of Lockheed’s Skunk Works based the U2 on the F-104.

“the U2 has been around for decades”

Certainly. Gary Powers was shot down over the Soviet Union in one in 1960. Naughty CIA.

Now that is spooky!

I was reading this piece today at lunch about the U2 and all the optional extras that get bolted onto it.