“The exercising of this option validates years of teamwork in partnership with the Marines to provide the most adaptable amphibious vehicle possible to meet their expeditionary needs,” said John Swift, director of amphibious programs at BAE Systems.

“The ACV was designed to meet the Marines’ needs of today while allowing for growth to meet future mission role requirements.”

The U.S. Marine Corps selected BAE Systems along with teammate Iveco Defence Vehicles for the ACV programme in 2018 to replace its legacy fleet of Assault Amphibious Vehicles (AAV), also built by BAE Systems.

BAE Systems was also recently awarded an indefinite delivery indefinite quantity contract worth up to $77 million for the ACV programme that includes the provision of spare and replacement parts, testing equipment, and other services. 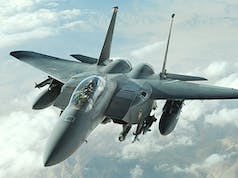 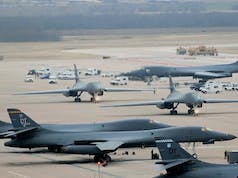 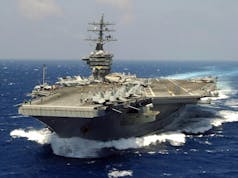 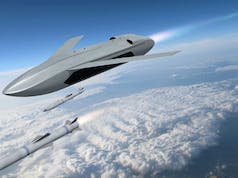 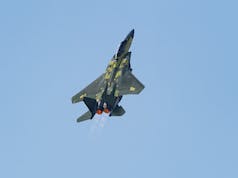 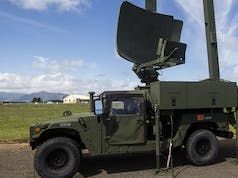 If only we had this capability

It is also another sign that wheels are gaining over tracks.

I suppose it depends a lot on where you beleive you are going to fight.
For the US Marines it’s the Pacific and beach landings.so yes wheels
For say the RMs it’s the Northern Flank and snow so it’s tracks.

I know that’s the way our defense policy is focused. But do you think a war with Russia is ever going to be realistic or should we equip our troops for deployments in the middle east and north Africa? I know we need to present a credible deterent to stop Russia asserting itself in the baltic states but I just don’t see them ever invading Finland or Norway. We ended up purchasing warthog as a UOR then scrapping it due to treasury rules because viking wasn’t up to the job. Would this option fit the RM needs better than whats… Read more »

Hi BB85
did we buy a tracked vehicle and then scrap it…..was it a good piece of kit…. this seems like madness….. we are so short of equipment…….
thanks Ian

Hi BB85
did we buy a tracked vehicle and then scrap it…..was it a good piece of kit…. this seems like madness….. we are so short of equipment…….
thanks Ian

Warthog was purchased as a UOR for Afghanistan, this means it came out of the treasury budget rather than Mod. I’m not sure what the honest opinion of it was but publicly it was positive as it had better ied protection compared to the viking. It may not have been amphibious though due to the extra armour. Anyway once the Afghanistan deployment was over treasury rules stipulated that of it was brought into core equipment the mod had to pay full price for it so they let them go. Not sure how much of the original purchase price they recouped… Read more »

The BV style of vehicle is equally at place in the the desert as it is in artic conditions. For starters the Vikings have a really good environmental climate control, which was a god send in Afghan, the one in Mastiff was so-so. The wide tracks and low ground pressure mean they can literally glide over really soft sand, whereas, a LAV3 would bury itself, then need to get towed out. Both the Viking and Warthog are designed to withstand 14.5mm HMG fire. However, the Warthog has additional underfloor armour. Both vehicles with the additional slat armour are still amphibious… Read more »

I was under the impression that the warthog wasnt up to the job, especially around IED protection which was why it wasn’t bought into the core kit?

Yes, distinctly posssible a Russian invasion/infiltration in the Baltics. But we’d be wiser to have the capability to do both. However wisdom is a rare commodity in UK defence purchasing & retention of capabilities.

Yes, but we are now getting >30t combat vehicles on wheels. That is a 60’s medium tank like Leopard A1 or AMX 30.
Part of it must be the increasing number roads all over the world and also the ease that is building roads today.

I think its advancements in suspension design and metallurgy allowing wheeled axels to carry that much weight reliably. Armor protection has also gotten lighter whilst still retaining the same effectiveness. The soviets have been heavily building them since the 70’s which suggests fuel efficiency might be a major consideration.

That too, btw this thing weights >30t , has a 700hp Iveco engine that makes possible to go to 55mph. I am afraid of two things, Marines get too excited by speed that will get them into dangerous road accidents, and braking distance.

Photo for comparative size of AAV and ACV
https://www.navalnews.com/naval-news/2020/12/usmc-receives-first-acvs-for-service-as-bae-systems-designs-more-variants/

Let’s hope BAE gets all the shortcomings on this vehicle fixed before it goes operational with the US Marines.

Well they have ordered more so they must be fairly satisfied with the vehicle!

The shortcomings and deficiencies were hardly major. The largest number of failures during its testing was due to the government furnished remote weapons station. Not BAE’s fault.

I think you need some cough mixture…..

In no situations did the UK government increase the size of an order of something that was delivered and failed to work. Type 45 indeed had overheating problems in hot water, Ajax General Dynamics have struggled to accommodate the government supplied CT40 cannon in to the 70’s designed vehicle due to its higher performance, thats not a fault of the gun though and the US is looking to use it. Nimrod was axed because the government coudlnt afford to operate it then decided a couple of years later it needed it afterall, the upgrade work was completed. Snatch Land Rover… Read more »

Hi Watcherzero, to be absolutely pedantic, the (GFE) CT40 cannon is integrated by Lockheed Martin into a new Lynx derived turret which is then supplied “plug and play” to GDUK.

No issue with engine and transmission so the most complex components seem okay.

I think there are 3 variants on order. The basic troop transport, a command version & a version with a 30mm gun. I do not know if there will be an upgunned version in future. Sticking a 105mm on amphibious vehicles has caused flotation issues in the past, but you should be able to get away with the new 50mm Bushmaster.