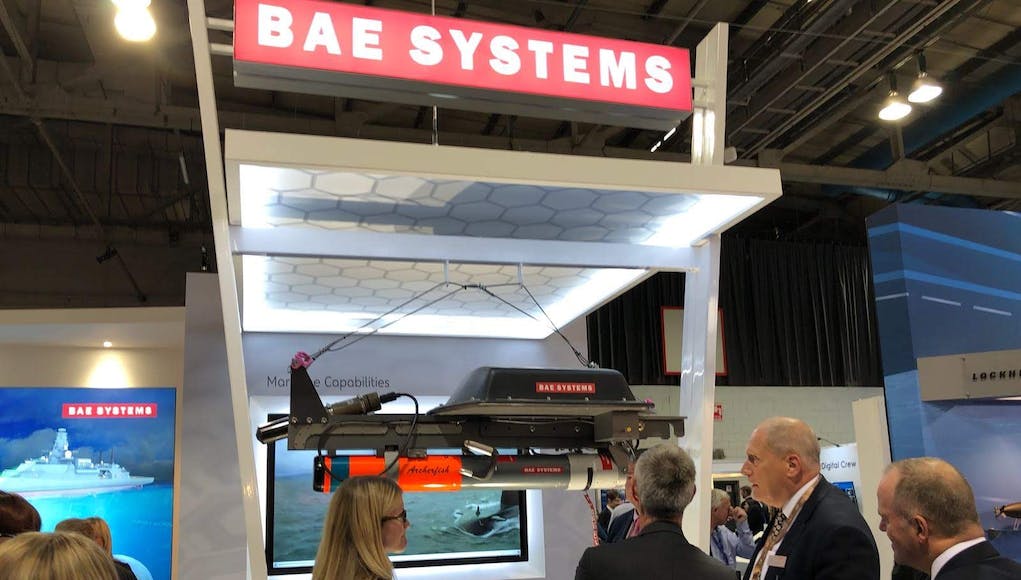 Archerfish can be launched and operated from surface ships, helicopters and unmanned underwater vehicles (UUVs).

It is deployed from a launch cradle manufactured by Raytheon in US service however the company showcased their own launcher today at UDT. The new launcher, say BAE, allows for better integration with surface craft and aircraft.

Through the use of high frequency sonar and low light video data, Archerfish identifies mines and then utilises a shaped charge warhead, initiating a full detonation of a target.

According to BAE systems:

“Archerfish is an expendable mine neutraliser or single shot mine disposal system. It is capable of overcoming the threat of modern mines which have become increasingly resistant to traditional methods of mine disposal.

Archerfish combats the resistance of Insensitive munition mines to disposal whilst reducing resource outlays. Clearance time is lowered by a factor of 4 units and through life costs are also reduced due to the integration of the warhead and package.”

Archerfish is currently in full production for the United States Navy as part of the MH60s helicopter Airborne Mine Neutralisation System. It has been selected as the Common Neutraliser to ultimately equip all United States Navy Mine Countermeasure platforms.

USN MCMVs currently use Sea Fox which is pretty much the standard weapon for mine disposal in the MCMV community.