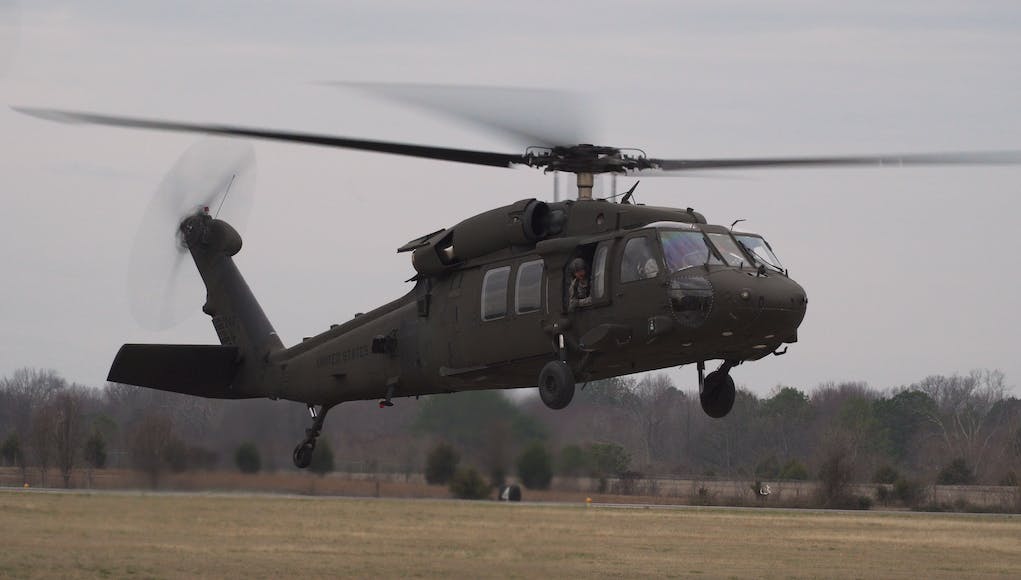 “Northrop Grumman provided the Integrated Avionics Suite for the UH-60V, which upgrades the U.S. Army’s UH-60L Black Hawk helicopters with a digital cockpit, under a contract awarded in 2014. The scalable, fully integrated and open architecture-based cockpit design replaces older analog gauges with digital electronic instrument displays in the upgraded aircraft. The UH-60V features one of the Army’s most advanced avionics solutions, enabling the complex missions of the army aviation warfighter.

On Jan. 19, the UH-60V Black Hawk successfully flew for the first time with this digitized cockpit in Huntsville. This important milestone was the culmination of a cockpit design and development effort that was completed on schedule within 29 months of the original contract award. The team’s accomplishment achieves the specific timeline set by Army leadership over two years prior to the first flight.”

“This UH-60V first flight accomplishment reaffirms our open, safe and secure cockpit solutions that will enable the most advanced capabilities for warfighters.

We remain committed to delivering an affordable, low-risk solution that provides long-term value and flexibility to customers.”