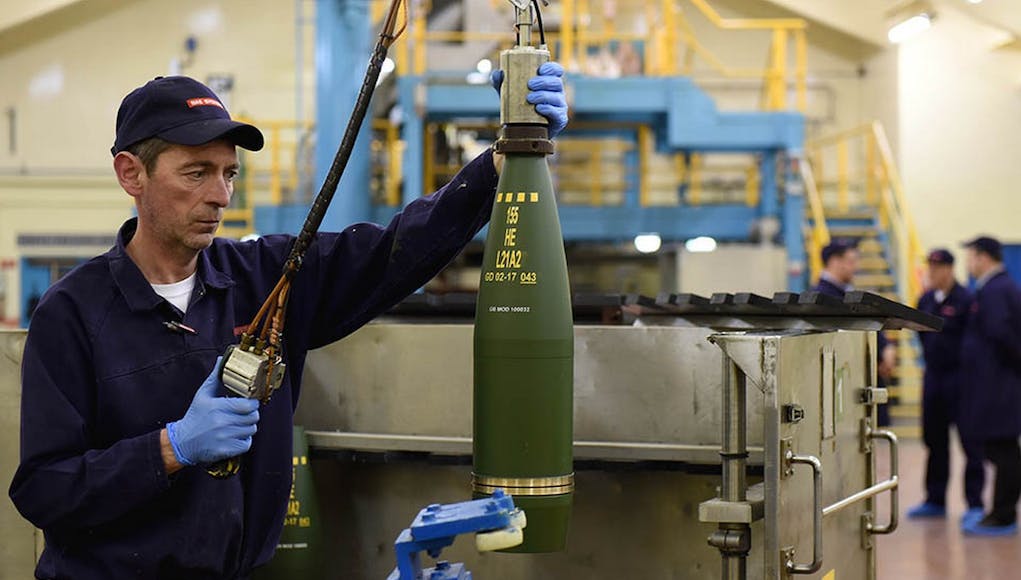 The UK Government have signed a new £2.4 billion contract with BAE Systems to supply munitions to the British Armed Forces.

BAE Systems forecasts it will spend £350 million with UK-based companies on raw materials and machine components.

An estimated 1,260 people will work on NGMS in engineering, operations and supporting roles across five BAE Systems UK sites, including:

A further 1,500 roles will be supported along the supply chain alongside 1,300 jobs as a result of consumer spending in local economies, say the UK Government.

“This vital multi-billion-pound contract will provide our service men and women with fire power on the front line for years to come whilst investing in British industry, British jobs and British infrastructure. Defence underpins hundreds of thousands of jobs across all four corners of the nation, and ongoing investment is crucial as we work together to build back better and stronger from the Covid-19 pandemic.”

“This contract secures the future of a highly technical and critical industry which supports thousands of manufacturing jobs in several areas throughout the UK. By investing in new technology and skills to further develop our expertise, we can continue to deliver essential sovereign capability to the Armed Forces at competitive prices.”

According to the Ministry of Defence, replacing the current contract from January 2023, the NGMS will deliver about 50 per cent, by value, of the MoD’s total general munitions portfolio and will “maximise military capability and reduce cost”.

Splendid news everyone should be happy Engerlandshire and Wales get the lions share of jobs surely nobody can grudge the weegies 30 jobs!. I won’t hold my breath ????????????

If you retreat from a historical position you leave a vacuum.

Doing that emboldened the Chinese to fill that vacuum knowing there was nothing we could really do wrt HK or anywhere internationally.

Reasserting ourselves is always more tricky as others then paint us as an aggressor.

However you look at it we let ourselves get too weak.

Thanks to Boris and Rishi’s magic money tree defence has at least been prioritised.

The ammunition and munitions reserve has been very slim in recent times and any re-building of that depth has got to be welcomed, especially in the missile world.

I assume the data should be out there somewhere as government contracts are meant to be published.

I think we would all like to know how the stockpiles are looking like and whether there is enough gear to fight a realistic war now, which Iraq/Afgan demonstrated was not the case.

UK government does not publish stockpile numbers…
There are some munitions you can get some detail on original purchases, but its almost always from FMS requests, French Parliament reports (Meteor numbers) or Parliamentary enquiries (Spike NLOS/Exactor). What you will struggle to find then is how many munitions are still in the stockpile after upgrades, training or combat usage.

Tank shells? Does that mean Ch2 will not be getting a smoothbore in the coming upgrade?

Large calibre artillery and tank shells are listed in the announcement on the government website. If no decision about future tank armament has been made, would a new long term rollover ammunition contract be awarded?

Yes cheers re-rwad it corectly and not skim read. Possibly a 120mm top up, to keep the barrels viable until they are lifexed? There should be a decision on the chally soon hopefully.

It does look as though the L30 might not be replaced. Or I could be reading too much into this!
Given the Warrior turret timescale and cost, I hope we don’t make the same mistake again.

Exactly, if Warrior and Ajax are anything to go by, C2 will be around for another 10 years before any serious upgrade is delivered in numbers. By which time everyone else will be moving on with next generation MBT’s.

Decision should have been made to upgrade inline with the Black Knight proposal and work started this year.

That boy in the phot looks VERY nervous….

Sounds like another good news story for defence have we entered an alternative universe ????

Looks like Jack from ‘on the buses’! All he needs is a roll-up in the corner of his mouth!

Great news. Anyone know what our native complex motions manufacturing industry is like it how independent it is?

How much ball & blank 5,56 & 7.62 do we produce? I’d love to know because everywhere I’ve been we have always had to involve BS and ingenuity to get anywhere near the training needs. Norman the storeman is used to it but it isn’t the way to run an army.

That’s about 3000 Storm Shadows. A very decent amount of money to replenish stores. Perhaps we might see an end to ships having to sail with less than full stocks and in some cases having to take missiles from ships in dock. The Daily Mail insisted that Westminster had just 4 missiles (not absolutely clear if this was Sea Wolf and Harpoon) when it arrived off the coast of Libya in 2011.

OK. I’ll be the negative nancy here… We need to re-nationalise Royal Ordnance. Get it out of BAE’s hands. All there has been since BAE tookover is decline, this is the same as all BAE operations unless its something big ticket like Subs, warships, combat air or IT. Look at artlillery manufacturing in the UK, armour production, small arms and munitions. The truth is BAE just is not interested. What this announcement masks is that BAE closed the last propellant factory in the UK, we no longer have the ability to manufacture charges for our artillery. Yes…you read that right.… Read more » 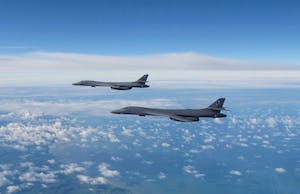